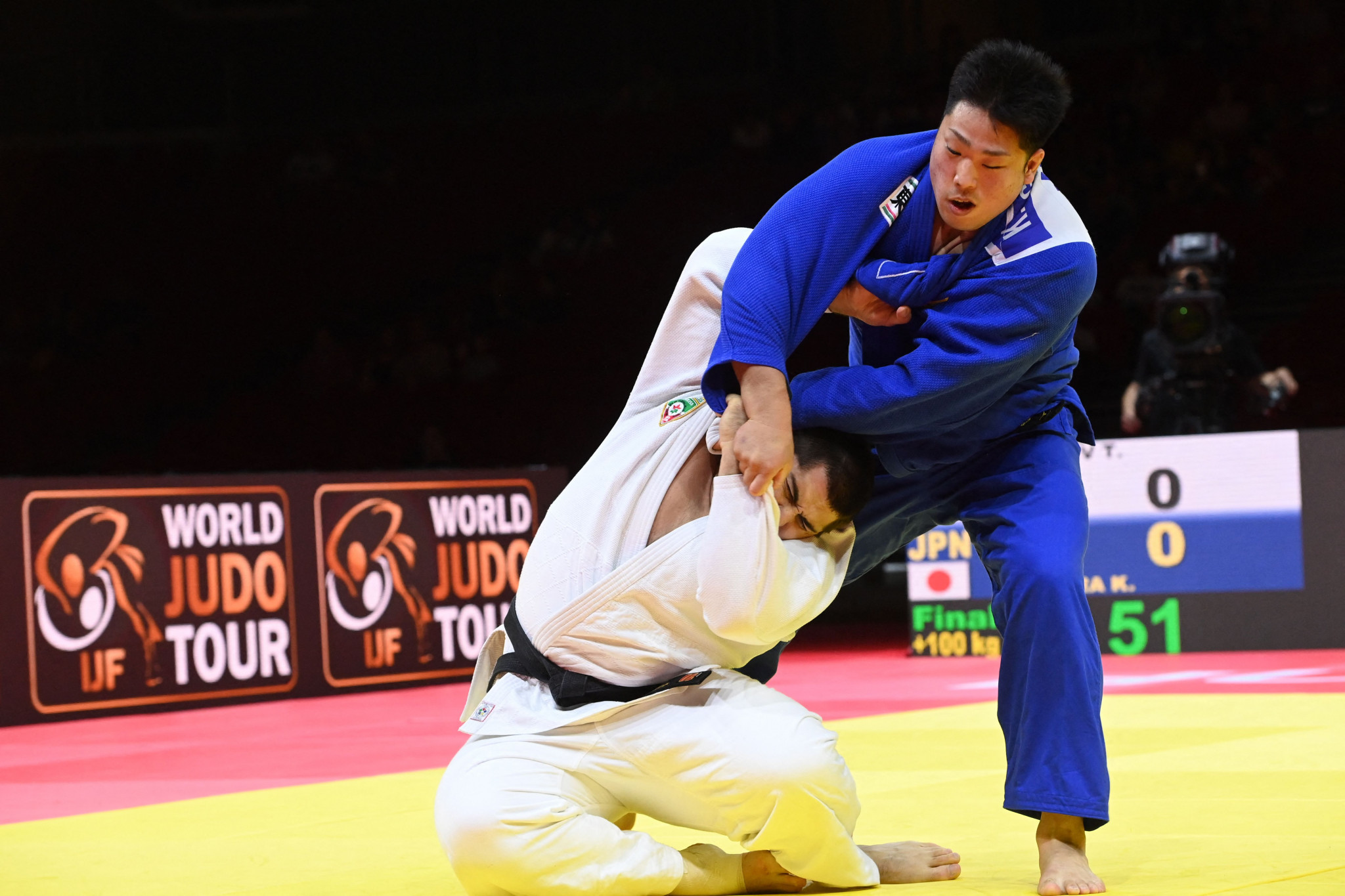 Kageura, who infamously ended Frenchman Teddy Riner's 154-match winning streak last year, pulled off a seoi-nage for the waza-ari, which was enough to separate the pair with just 45 seconds.

In the last moments, Bashaev nearly held the Japanese athlete down with an arm lock for the ippon, but he escaped just in time to hold onto gold.

The Dutchman repeatedly tried to shift the Brazilian, but he stood off the smaller athlete and was later penalised for being passive with a second shido.

Knowing all he had to do was force Silva to not be active, Meyer continued to attempt moves before Silva was penalised for a third and final time - giving him the bronze.

In the other bronze medal match, Ukraine's Yakiv Khammo defeated Georgia's Gela Zaalishvili, finishing off an entertaining campaign by scoring a seoi-nage for the waza-ari, followed by a sensational flip throw to score the ippon and bag the win.

Sarah Asahina claimed gold in the women's over-78kg final following an arduous battle with her team mate Wakaba Tomita which ended in her opponent retiring due to injury.

Asahina was dominant against her less-experienced team mate and never looked threatened in regular time, with Tomita spending a large portion of the bout with a shido.

A second shido came for Asahina in golden score after she was deemed to be too passive, which was applauded by the crowd.

Tomita attacked throughout golden score, but could not take down the larger opponent.

Asahina looked as if she could lose the bout if it went to referee's decision, but that never came as Tomita hobbled onto the tatami to concede defeat after nearly 10 minutes in the final, giving Asahina the gold.

In a sporting moment, Asahina gave Tomita a piggy back off the tatami.

Most notably was Altheman's win over London 2012 Olympic champion Idalys Ortiz of Cuba, who she had previously lost on 16 occasions to.

Her 17th attempt at defeating Ortiz came to fruition after a few close calls - first performing a hold down, which nearly ended in defeat for the Cuban, but she managed to turn onto her front with just two seconds before the ippon.

However, it was all over when Ortiz attempted a yoko-guruma in golden score, but it was reversed and ended with Altheman landing on top of her opponent for a surprising win that delighted the Brazilian.

Souza got the waza-ari and held the Frenchwoman down to get the ippon, winning her first medal at the World Championships.