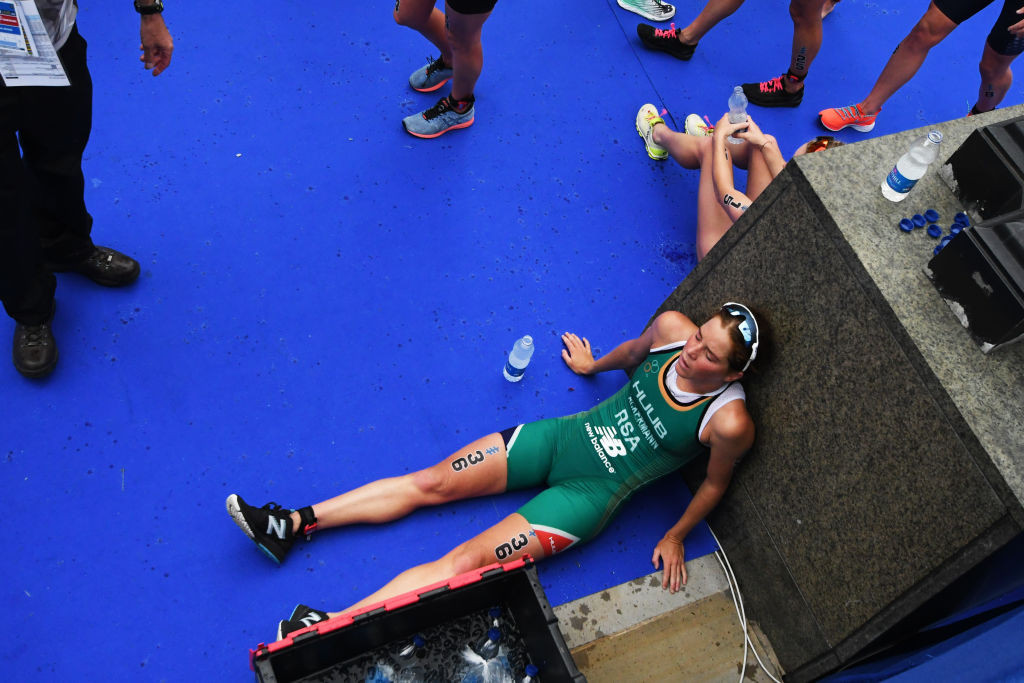 South Africa’s 31-year-old Simone Ackermann lived up to her billing as favourite to win the Africa Triathlon title at Sharm El Sheikh in Egypt.

Ackermann, an experienced World Championship performer and who placed 19th in 2016, topped the elite women’s race as she finished in 2hr 16min 09sec.

Her compatriot, Gillian Sanders, was second in 2:16:57 and home athlete Basmla Elsalamoney was third in 2:17:57, claiming the elite under-23 title in the process.

Strict COVID-19 protocols are in place for an event that is due to run until Sunday (June 13), with the elite and under-23 men’s race due to take place tomorrow.

With the Olympic Qualification period due to close on June 14, the World Triathlon Cup that starts tomorrow in the Mexican venue of Huatulco represents a huge final opportunity for many athletes to climb the rankings.

The sprint distance course takes in a one-lap, 750m swim in the bay of Santa Cruz beach, leading into a four-lap, 20km bike course that traverses the town with two long, straight sections and a couple of tight, more technical turns, and a two-lap run finishing in Santa Cruz Plaza.

Austria’s Lisa Perterer, bronze medallist at this event in 2019, will be competing as a warm-up having already booked her Tokyo place.

Other likely contenders include Elizabeth Bravo of Ecuador, and the United States contingent of Kirsten Kasper, Renee Tomlin and Erika Ackerlund.

In the men’s event Canada’s Tyler Mislawchuk looks ready to challenge strongly and Aaron Royle of Australia will be after the third place for his country - he is currently 29th in the Olympic rankings.

Mexico’s Pan-American Games champion Crisanto Grajales will be looking for a big performance alongside compatriot Rodrigo Gonzalez, and Brazil’s Manoel Messias could also figure significantly, as could the United States contingent of Eli Hemming and Kevin McDowell.