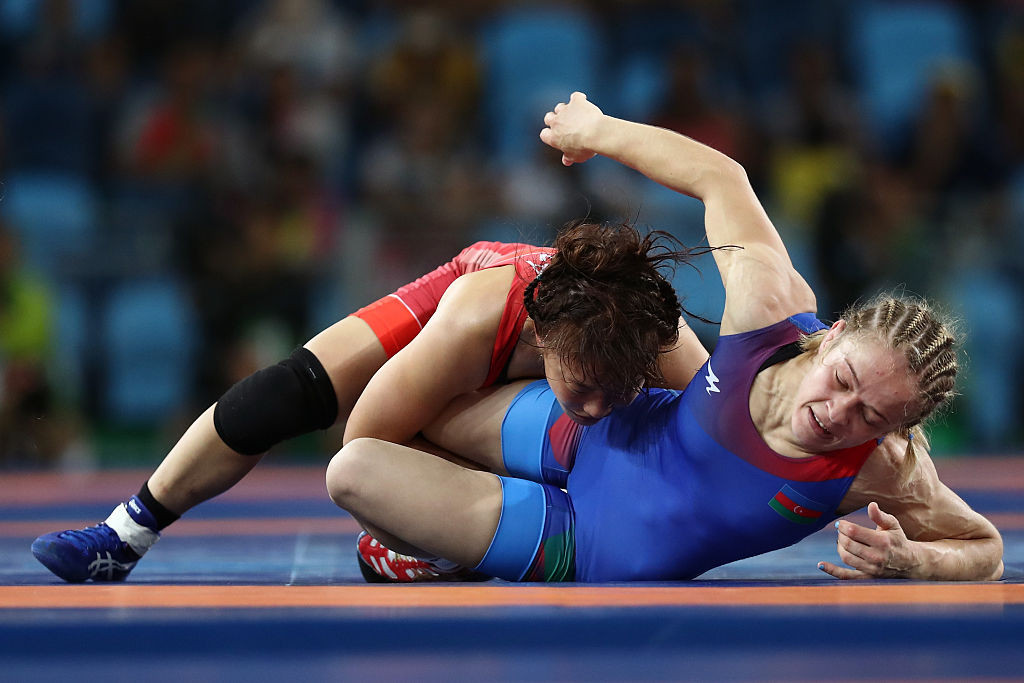 Three-time Olympic medallist and reigning world champion Mariya Stadnik of Azerbaijan was an unstoppable force as she won the under-50-kilogram title at United World Wrestling’s Poland Open in Warsaw.

On the first of two days of women’s wrestling, Stadnik secured gold with a 9-4 win over Oksana Livach of Ukraine in the Ursynow Arena.

Bronze went to Mariia Tiumerekova of Russia and Valentina Islamova Brik of Kazakhstan.

Bronze went to Ukraine’s Iryna Chykhradze-Khariv, who earned a decision over Poland’s Roksana Zasina after finishing at 1-1.

Sweden’s Henna Katarina Johansson earned the 65kg title on a decision after finishing at 6-6 with Anastasiia Lavrenchuk from Ukraine.

Home athlete Aleksandra Wolczynska earned bronze, but her compatriot Kamila Kulwicka was beaten to the other by Taybe Yusein of Bulgaria.

The concluding action of the night saw Germany’s Aline Rotter-Focken take the 76kg title with a 3-0 win over Epp Mäe of Estonia.