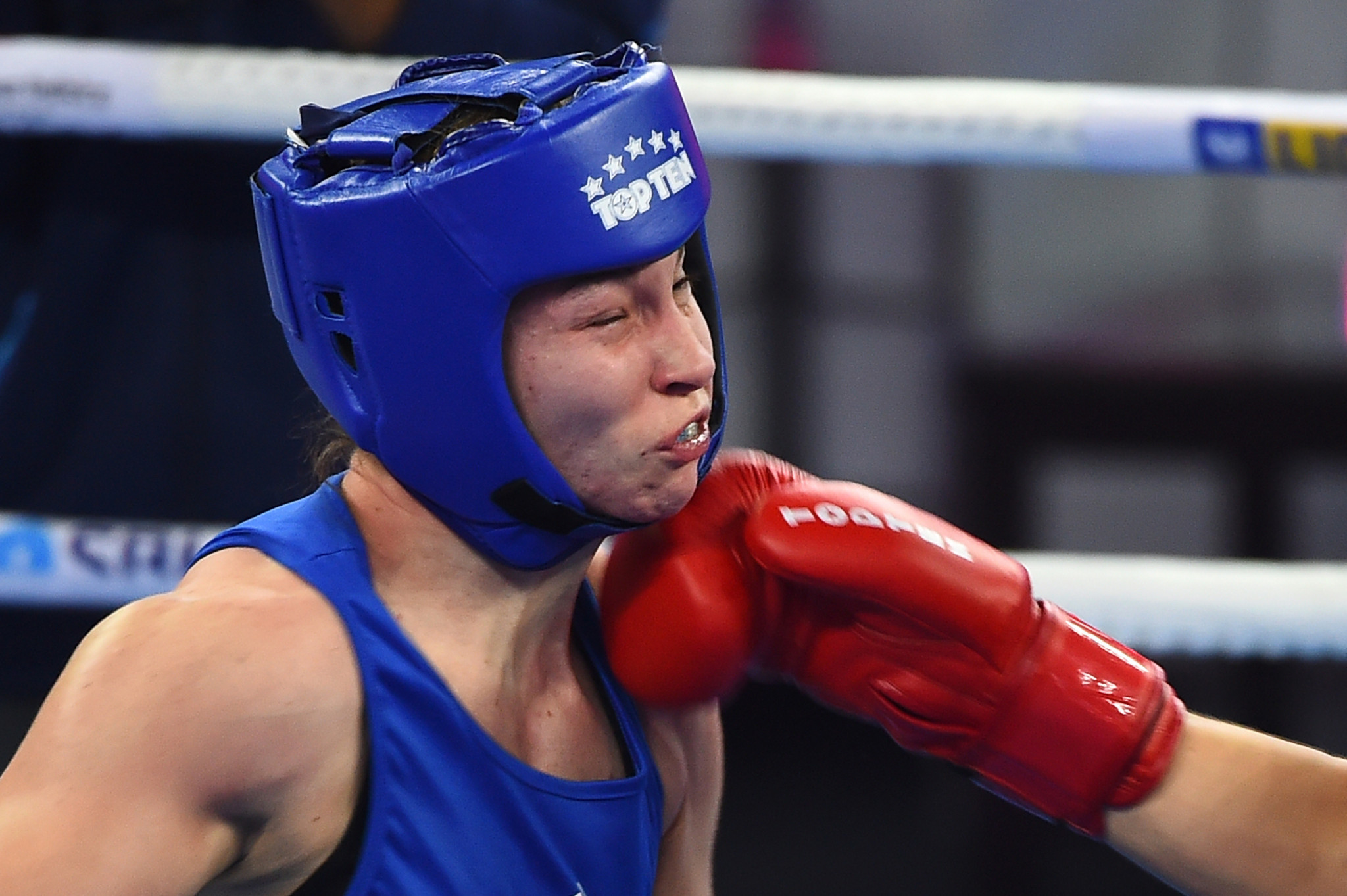 With the semi-finalists, and the winners of box-offs in weight categories where more than four places were available, already qualified for Tokyo 2020 the final day at the Le Grand Dome in Villebon-sur-Yvette saw gold medals up for grabs.

The first final of the day came in the women’s flyweight category where top seed Buse Naz Cakiroglu of Turkey beat Britain’s Charley Davison 4-1, recovering from a slow start to put in an ultimately dominant performance.

In the women’s lightweight final second seed Kellie Harrington of Ireland controlled the ring as she defeated Britain’s Caroline Dubois 4-1.

In the women’s middleweight final top seed Lauren Price of Britain was an emphatic 5-0 winner against third seed Zemfira Magomedalieva of Russia, the third seed, with Price showing an impressive display of backfoot boxing on her way to the victory.

In a controversial men’s flyweight final France’s Billal Bennama, the top seed, was declared the winner after Britain’s Galal Yafai was disqualified when a clash of heads caused Bennama to bleed.

In the men’s welterweight final top seed Pat McCormack of Britain finished strongly on his way to a convincing 5-0 win against Andrey Zamkovoy of Russia.

Loren Alfonso of Cuba, who received a walkover to the final of the men’s light-heavyweight category, claimed victory without throwing a punch as his opponent Benjamin Whittaker of Britain withdrew, giving Alfonso victory and the gold medal.

The evening session in Paris started with the women’s featherweight final, with Italy’s Irma Testa using her significant height advantage in her favour as she ran out a convincing 5-0 victor against Michaela Walsh of Ireland.

The last women’s final came in the welterweight category, with top seed Busenaz Surmeneli of Turkey looking superior in all aspects as she earned an emphatic 5-0 win against Germany’s Nadine Apetz.

In the men’s featherweight final Russia’s Albert Batyrgaziev ran out a comfortable 5-0 winner over Samuel Kistohurry of France boxing at an unrelenting pace throughout the contest and overwhelming his opponent.

The second walkover of the day came in the men’s lightweight final as fourth seed Dzmitry Asanau of Belarus pulled out handing victory and the gold medal to Sofiane Oumiha of France.

In the men’s middleweight final second seed Oleksandr Khyzhniak of Ukraine sprang something of a surprise as he ran out a 4-1 winner over the top seed Gleb Bakshi of Russia with a powerful display.

In the men’s heavyweight final top seed Muslim Gadzhimagomedov of Russia started strongly and did enough to run out a convincing 5-0 winner in a scrappy contest against Spain’s Emmanuel Reyes.

The final category of the night to be decided was the men’s super-heavyweight final where France’s Mourad Aliev dominated throughout as he ran out a 4-1 winner against Britain’s Frazer Clarke.

The boxing competition at the Tokyo 2020 Olympics is due to take place at the Kokugikan Arena in Tokyo from July 24 to August 8.