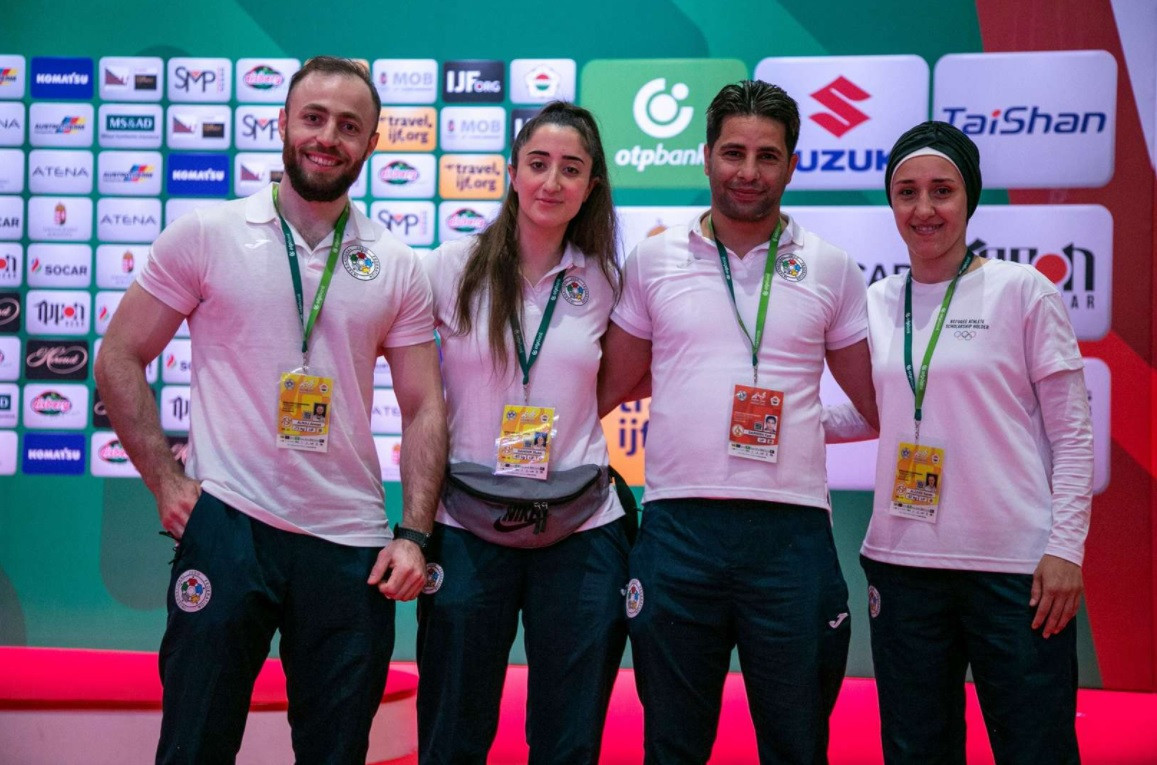 Six judokas are set to fulfil their dreams when they represent the Olympic Refugee Team (EOR) at this year’s Tokyo 2020 Games.

Popole Misenga, who is originally from Democratic Republic of the Congo before seeking political asylum in Brazil, is poised to make his second appearance at the Games after featuring at Rio 2016.

They were chosen from a group of 55 promising refugee athletes from 13 countries that were given International Olympic Committee (IOC) scholarships.

The 29 athletes met for the first time in a virtual ceremony today where IOC President Thomas Bach officially announced their Olympic participation.

Aldass, Alikaj and Dahouk, accompanied by their coach Fadi Darwish, attended the ceremony from Hungarian capital Budapest where they are competing in the International Judo Federation (IJF) World Championships.

Misenga and Shaheen also joined the meeting from home.

"It's an extraordinary moment for all of us," a joint statement from Aldass, Alikaj and Dahouk read.

"Knowing that from today on, we are officially part of the IOC refugee team, is incredible.

"We have been dreaming of that for years and today we are living our dream.

"We feel that we have a great responsibility.

"We will represent our sport, judo, but also the entire refugee community.

The IJF said it had been developing a “strong” judo for refugees programme for several years.

Since 2019, Misenga, Aldass, Alikaj, Dahouk, Misenga and Shaheen have started to participate in the World Judo Tour events.

"Nothing would have been made possible without the support of the IJF President Marius Vizer," said Aldass, Alikaj and Dahouk.

"He and the whole IJF team believed in us. We really feel part of a big family here in Budapest.

"We hope that millions of refugees across the globe will want to overcome their difficulties, based on what we have achieved."

Members of the squad are set to gather for the first time as a team at the Aspire Academy in Doha on July 12 and 13, before they fly to Tokyo the following day.

"Congratulations to all of you," said Bach.

"I speak on behalf of the entire Olympic Movement when I say that we cannot wait to meet you in person and to see you compete in Tokyo.

"When you, the IOC Refugee Olympic Team and the athletes from the National Olympic Committees from all over the globe, finally come together in Tokyo on July 23, it will send a powerful message of solidarity, resilience and hope to the world.

"You are an integral part of our Olympic community, and we welcome you with open arms."