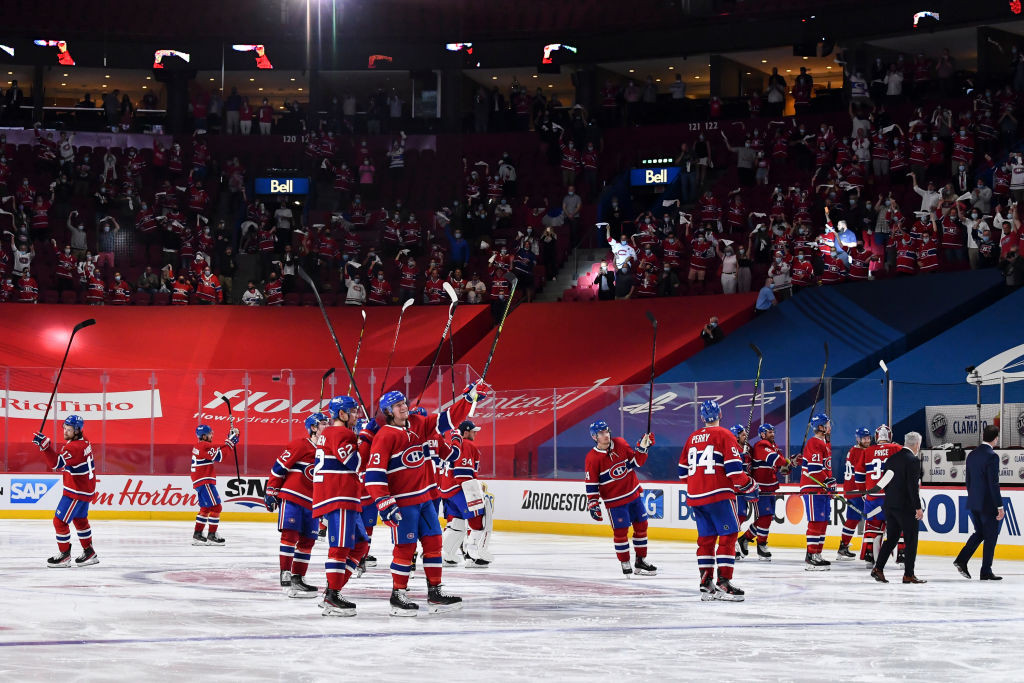 National Hockey League (NHL) teams will be able to travel between the United States to Canada by private jet during the final two rounds of the Stanley Cup playoffs after a decision by Canada's Government to issue an exemption for cross-border travel.

The border has been closed to non-essential travel since March 19 2020, with travellers arriving in Canada facing a mandatory 14-day quarantine.

This led to the NHL taking on a new format this season, with all seven Canadian teams put into one division.

Now, with the Montreal Canadiens through to the semi-finals and due to face American opposition, a timely travel exemption has been granted.

The Canadiens will play the winner of the series between the Vegas Golden Knights and Colorado Avalanche, which is currently tied at 2-2.

The decision allows teams to cross the border for games under a modified quarantine, starting with the Stanley Cup semi-finals.

Arrival to and departure from Canada by private jet, daily COVID-19 testing, and a modified quarantine bubble for the teams are part of the new protocols.

For the most part, teams playing in Canada in the semi-finals, and potentially the Stanley Cup finals, will be limited to the hotel and the rink, and interaction with the public will be limited as much as possible.

"The National Hockey League is very appreciative of the decision by the Canadian Government and the Federal health officials to allow the Canadian team that advances to the Stanley Cup semi-finals and, potentially, the final, to host games in their own rinks," said the NHL deputy commissioner Bill Daly.

The NHL revised its divisional alignment for this season, including the creation of the North Division, which consisted of all seven Canada-based teams.

All play was intra-divisional among the four divisions, eliminating the need to travel across the US-Canada border.

The Major League Baseball team Toronto Blue Jays and Major League Soccer teams Toronto FC, FC Montreal and the Vancouver Whitecaps have all re-located to the US to avoid cross-border travel and enabling themselves to play regular-season games during 2021.

By contrast, the NHL conducted the 2020 postseason entirely in Canada, using quarantine bubbles set up in Toronto and Edmonton.

During the 2020-2021 regular season, the seven Canadian teams played their games without fans present.

The Canadiens and Jets each allowed a limited number of fully vaccinated fans into their most recent games.