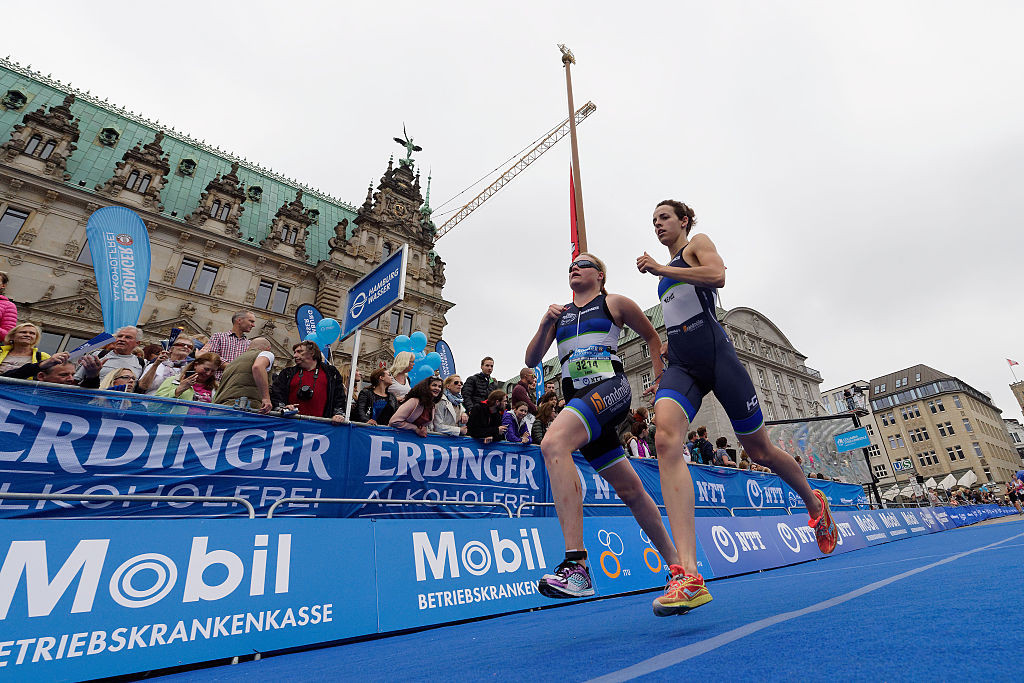 Britain’s Dave Ellis savoured victory in the home setting of Roundhay Park, Leeds as he won his race in the visually impaired category (PTVI) at the World Triathlon Para Championships leg, which was part of the Tokyo 2020 Paralympics qualification process.

Ellis’s chances of involvement when Para triathlon makes its Paralympic debut in Tokyo later this year were hugely enhanced as he finished clear of rivals Hector Catala Laparra of Spain and France’s Thibaut Rigaudeau, both B2 category athletes.

"It’s just nice to be back and racing in front of people again," said Ellis, a B3 athlete.

"My last time was Funchal in 2019 so it’s been a while, now we just want to go out and do that again in Tokyo."

There was a familiar face on top of the women’s PTVI podium after Spain’s Susana Rodriguez, a B1 class athlete, secured another series gold, with Anna Barbaro of Italy, another B1 athlete, and Britain’s B2 competitor Alison Peasgood completing the podium.

The men’s PTWC wheelchair race saw The Netherlands’ Jetze Plat extend his winning streak as he continued to look untouchable in his pursuit of the world title and Paralympic double.

"I really loved this course, it was a challenging bike and technical run and it’s been good to be able to race ahead of the Games," said Gretsch.

In the men’s PTS2 class for severe impairments Jules Ribstein of France earned gold ahead of Maurits Morsink of The Netherlands and Adam Popp of the United States.

Hailey Danz of the United States beat Veronica Yoko Plebani of Italy to gold in the women’s race, with US athlete Melissa Stockwell, the first female soldier to lose a limb while serving in Iraq, taking bronze.

Nico Van Der Burgt of The Netherlands won the men’s PTS3 category for significant impairments, while Alexis Hanquinquant of France took the moderate impairments men’s PTS4 gold by more than five minutes from Britain’s Michael Taylor and Eric McElvenny of the United States.

Another American, Chris Hammer, had a vintage performance to win the mild impairments PTS5, his first race since bronze in Lausanne in 2019, with Yannick Bourseux of France taking silver and Jairo Ruiz Lopez of Spain bronze.