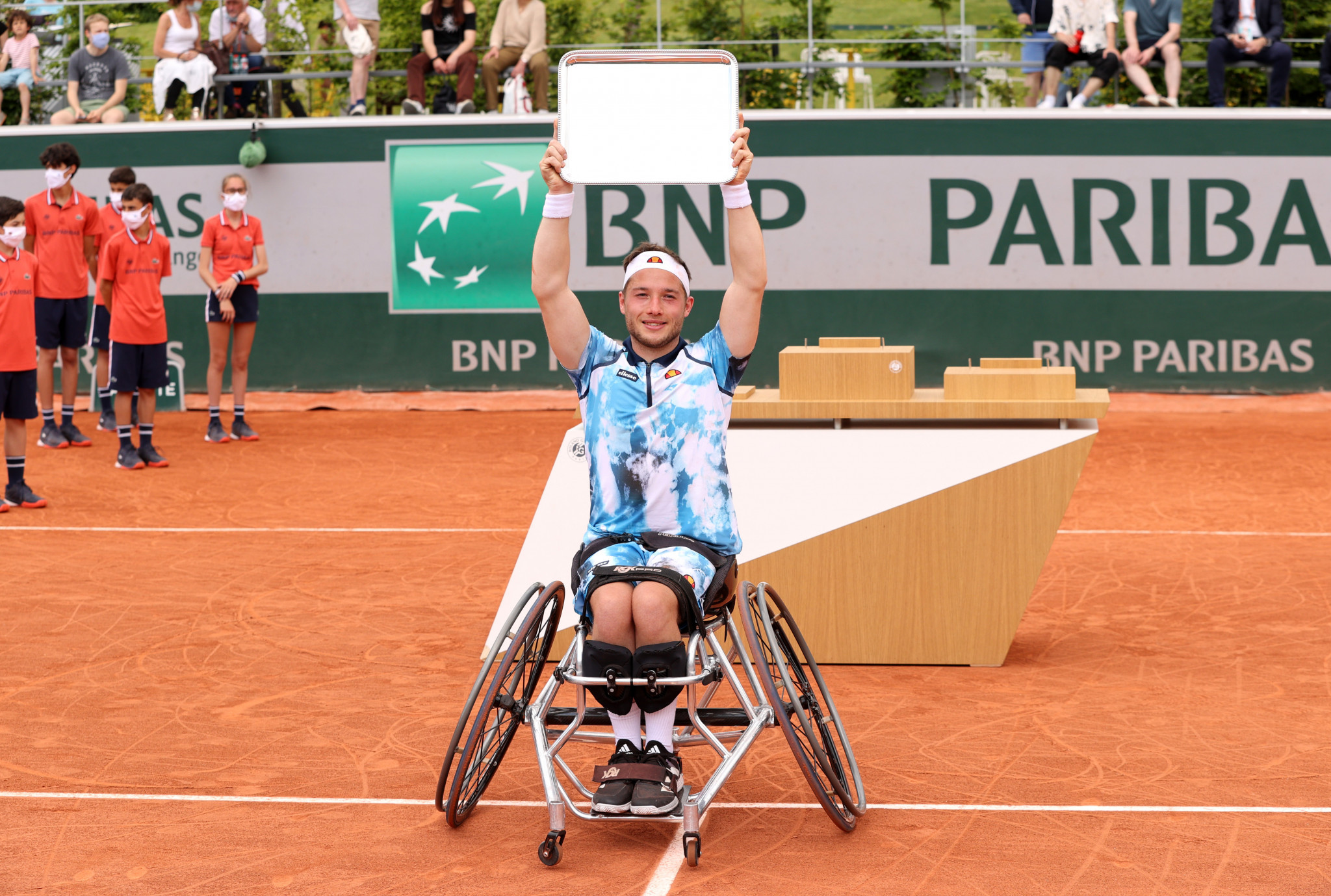 Britain's Alfie Hewett was victorious in the men's wheelchair singles final against top seed Shingo Kunieda of Japan at the French Open at Roland-Garros in Paris, defending his title from last year.

It follows on from his doubles win yesterday with compatriot Gordon Reid.

??@DylanAlcott picks up his third straight quad wheelchair singles crown in Paris with a 6-4, 6-2 win over ??Sam Schroder. #RolandGarros pic.twitter.com/0vivf21VIY

It is his third straight singles title at the French Open since the discipline debuted in 2019, and his 16th Grand Slam singles title.

Ending the day in wheelchair tennis was the women's doubles, with Dutch top seeds Diede de Groot and Aniek van Koot winning their fourth straight title at the competition.