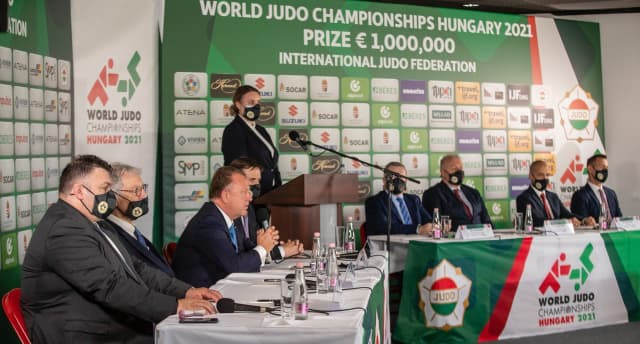 The re-election of Marius Vizer as President of the International Judo Federation (IJF) for another term is reward for the progress the sport has made under him, it has been claimed.

He was elected unanimously for a fifth term at the IJF Congress in Budapest on Thursday (June 3), extending a reign which started in 2007 when he succeeded South Korea's Park Yong-sung.

Under Vizer, the IJF has introduced a series of rule changes designed to make the sport more appealing to a wider audience.

He has also increased the number of activities of the IJF and invested in judo education around the world.

"It seems to me that the team of Marius Vizer and the International Judo Federation can be proud of their work," European Judo Union (EJU) President Sergey Soloveychik told Russia’s official state news agency TASS.

"The unanimous re-election of Vizer is evidence of absolute trust and recognition of his merits, judo simply has no other leader now.

"Today, our sport can compete in popularity with many team sports."

Soloveychik, who took over as head of the EJU from Vizer after he was elected President of the world governing body, is looking forward to future innovations.

I am honored by the trust of the @judo family and to continue the #judo development and promotion for the next period.
We achieved together a lot and together we are ready for new challenges.
Unity and solidarity are the pillars of success and stability! pic.twitter.com/GIWXSGcTay

"I am sure that in the future judo will become even more technological and digitalised and will appear even more often on TV screens," the Russian told TASS.

"Today judo competitions are broadcast by such companies as Eurosport and CNN."

The IJF World Championships, which started at the Papp László Budapest Sportaréna in the Hungarian capital today, is seen as a key tournament in the build-up to next month’s re-arranged Olympic Games in Tokyo.

For a sport with its roots deep in Japan, judo is expected to be among the most keenly anticipated events at Tokyo 2020.

"I want to thank all the National Federations and the continental unions for their support and trust," Vizer said.

"We have shown that we are a united and stable family."