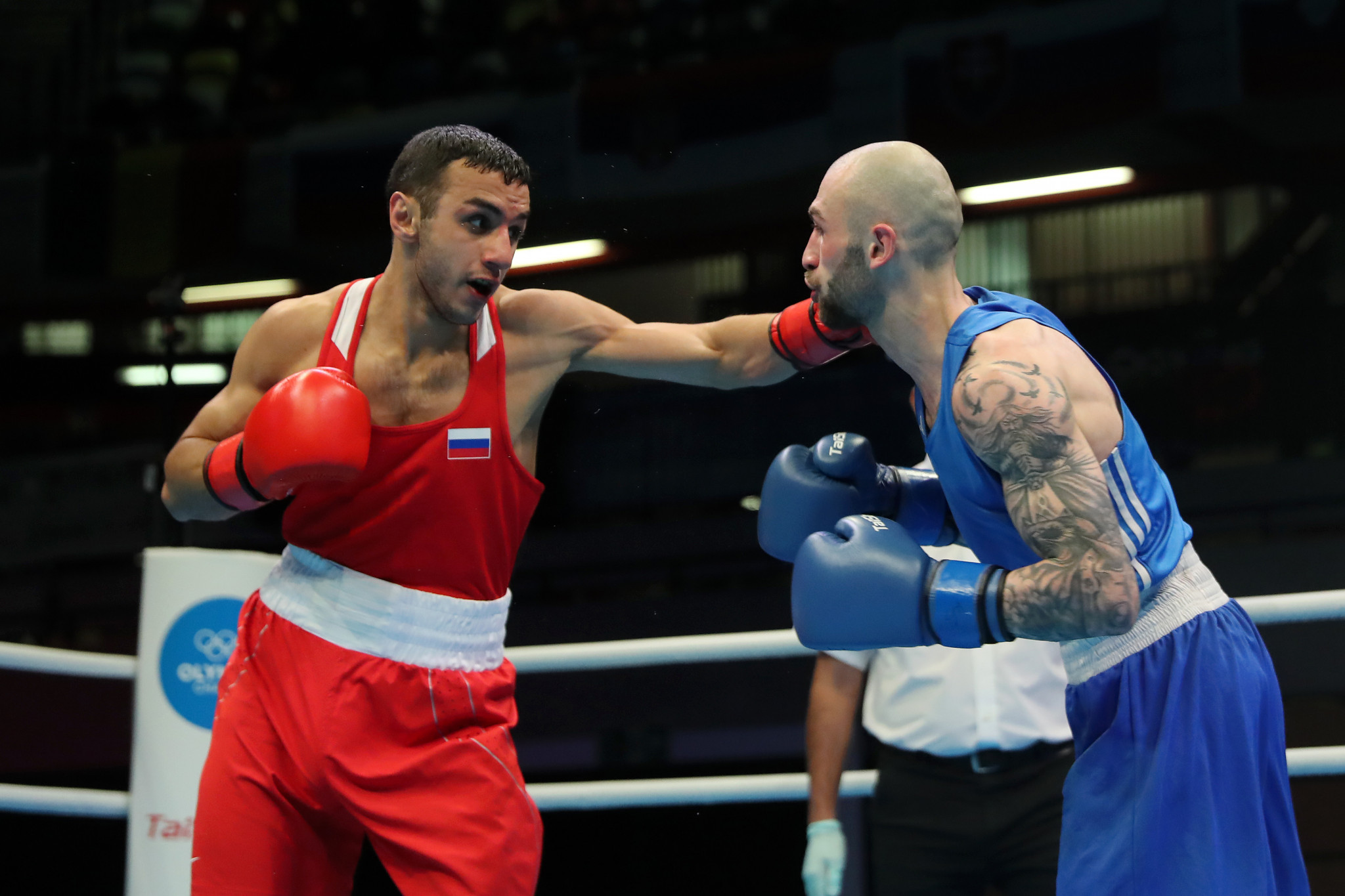 Gabil Mamedov of ROC secured a ticket for the Tokyo 2020 Olympic Games after stunning Armenian top seed Hovhannes Bachkov in the quarter-finals of the men’s lightweight division at the European qualifier in Paris.

There were no such problems for the other seeds in the French capital, with France’s Sofiane Oumiha, Luke McCormack of Britain and Dzmitry Asanau of Belarus advancing to seal their places at Tokyo 2020 along with Mamedov.

Yaroslav Khartsyz of Ukraine, Damian Durkacz of Poland, Enrico Lacruz of The Netherlands and Javid Chalabiyev of Azerbaijan also secured quota places for their respective countries.

British top seed Lauren Price beat Anastasiia Chernokolenko in the quarter-finals of the women’s middleweight class to secure her spot at the Olympics.

Aoife O'Rourke of Ireland, Zemfira Magomedalieva of ROC and Nouchka Fontijn of The Netherland's will join Price in Tokyo after last-eight success.

Busenaz Sürmeneli of Turkey, Anna Lysenko of Ukraine, Angela Carini of Italy and Nadine Apetz of Germany also booked their Olympic tickets after winning their quarter-final bouts in the women’s welterweight class.

With their places at the Games already sealed, Buse Naz Çakıroğlu of Turkey, Stoyka Krasteva of Bulgaria, Charley Davison of Britain and Giordana Sorrentino of Italy advanced to the semi-finals of the women’s flyweight division.

Britain’s Caroline Dubois backed up her victory over top seed Mira Potkonen of Finland by beating Rebecca Nicoli of Italy in the women’s lightweight quarter-finals.

Dubios now faces Agnes Alexiusson of Sweden while Esra Yıldız of Turkey and Kellie Harrington of Ireland will meet in the other semi-final after seeing off Kata Pribojszki of Hungary and Maïva Hamadouche of France respectively.

In the women's featherweight category the line-up for the quarter-finals was confirmed today.

Irma Testa of Italy will take on Nikolina Cacic of Croatia, Aycan Guldagi of Turkey faces Maria Nechita of Romania, Stanimira Petrova of Russia goes up against Kariss Artingstall of Britain and Stephanie Thour of Sweden will take on Ireland's Michaela Walsh.

This is how 🇬🇧 Frazer Clarke sealed his victory against #2 seed 🇭🇷 Marko Milun.

In the men’s light heavyweight category quarter-final winners Benjamin Whittaker of Britain, Luka Plantic of Croatia, Gazimagomed Jalidov of Spain and Loren Alfonso of Azerbaijan secured their places at Tokyo 2020.

In the men's flyweight category Billal Bennama of France, Gabriel Escobar of Spain, Galal Yafai of Britain and Batuhan Ciftci of Turkey won their quarter-finals to book their Olympic berths.

Muslim Gadzhimagomedov, top seed in the men’s heavyweight class, remains on track to feature at Tokyo 2020 as he needs just one more win to confirm his place.

The boxer, representing ROC, beat Wilfried Florentine of France to set up a quarter-final meeting with Aziz Mouhiidine of Italy.

Fellow seeds Radoslav Pantaleev of Bulgaria, Cheavon Clarke of Britain and Uladzislau Smiahlikau of Belarus also progressed along with Ammar Abduljabbar of Germany, Vagkan Nanitzanian of Greece and Emmanuel Reyes of Spain.

Tsotne Rogava of Ukraine pulled off a shock in the men’s super-heavyweight division with a last 16 victory over German top seed Nelvie Tiafack.

Mahammad Abdullayev of Azerbaijan will be Rogava’s next opponent after beating Adam Kulik of Poland.

Third seed Gurgen Hovhannisyan of Armenia was also defeated in a closely-fought bout with Ivan Veriasov of ROC, while second seed Marko Milun of Croatia was upset by Frazer Clarke of Britain.

Fourth seed Mourad Aliev of France knocked out Morten Givskov of Denmark to make it through to the last eight along with Giorgi Tchigladze of Georgia, Ivan Veriasov of ROC, Petar Belberov of Bulgaria and Eren Uzun of Turkey.