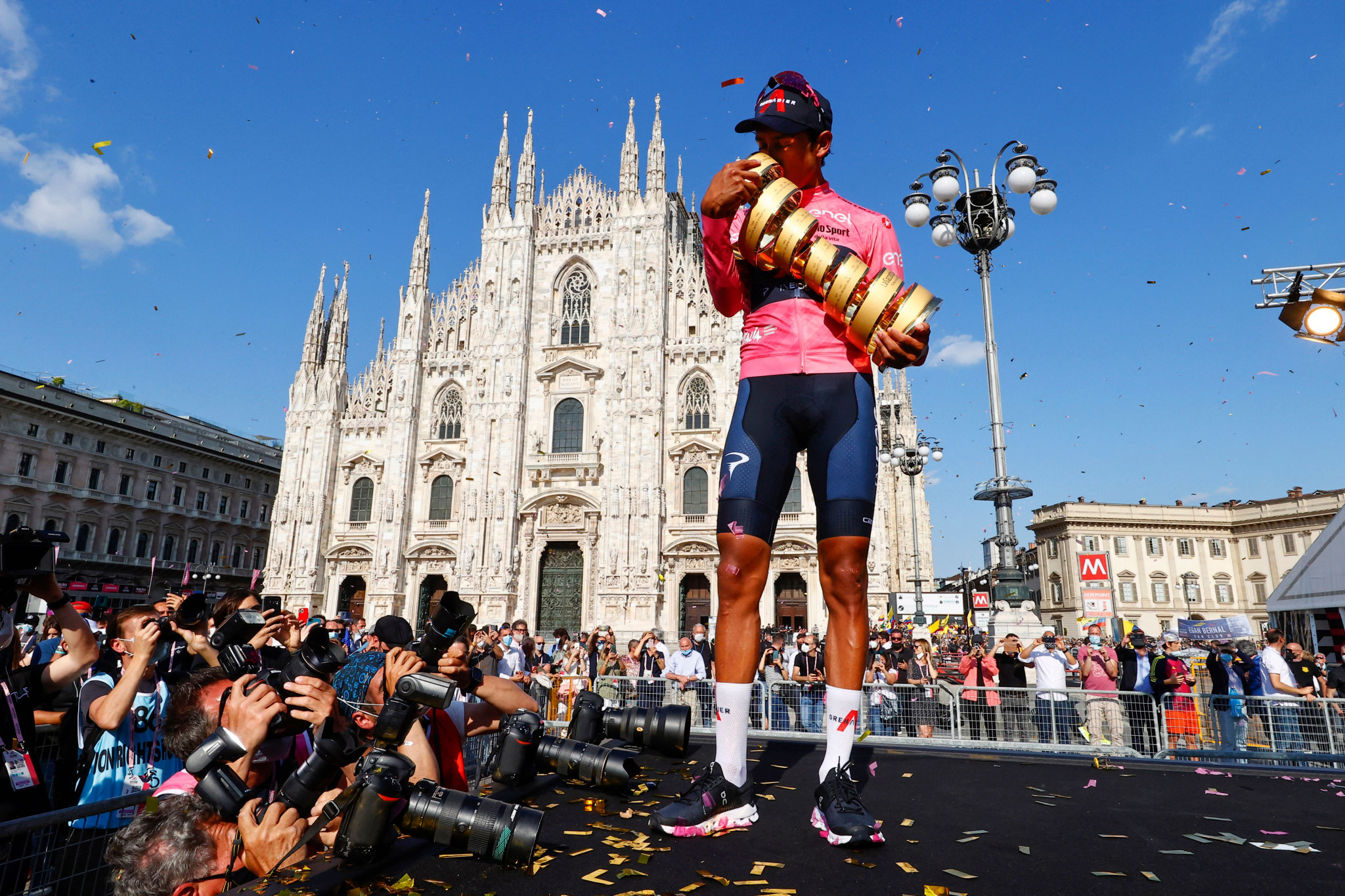 New Giro d’Italia champion Egan Bernal has been diagnosed with COVID-19, it has been confirmed.

Bernal announced yesterday that both he and his girlfriend had tested positive ahead of a planned trip back to Colombia.

The Colombian star was due to travel today, with celebrations planned to mark his success back home.

"I want to confirm that my girlfriend and I have tested positive for COVID-19 in the mandatory test to travel to Colombia," Bernal wrote on social media.

"So we are of course isolated and under quarantine until the symptoms pass and we can do a new test until negative, and so we can return to Colombia.

"And we can’t wait to get back on the bike to keep pedalling for a country."

"Egan Bernal has tested positive for Covid-19 following a routine test on Thursday ahead of his planned return to Colombia this weekend," the statement read.

"He will now self-isolate at his European base according to the necessary guidelines.

"He has displayed mild symptoms but is in good health.

"Egan still plans to return to Colombia once his isolation period is over to mark his Giro d'Italia victory in his homeland."

Bernal was crowned Giro d’Italia winner for the first time last week, with the Colombian having won the race leader’s pink jersey from stage nine to the conclusion of the 21-stage race.

Bernal finished with a winning margin of 1min 29sec over runner-up Damiano Caruso of Italy, with Britain’s Simon Yates third at 4:15 down.

The race was held with COVID-19 protocol in place, with organisers operating a race bubble for the second consecutive edition of the event amid the ongoing pandemic.

No riders or staff tested positive during the race, having been tested prior to the event and on rest days during the three weeks.

The Colombian, who has disclosed ongoing difficulties with a back injury, will now target winning all three Grand Tours as he is expected to compete at the Vuelta a España later this year.