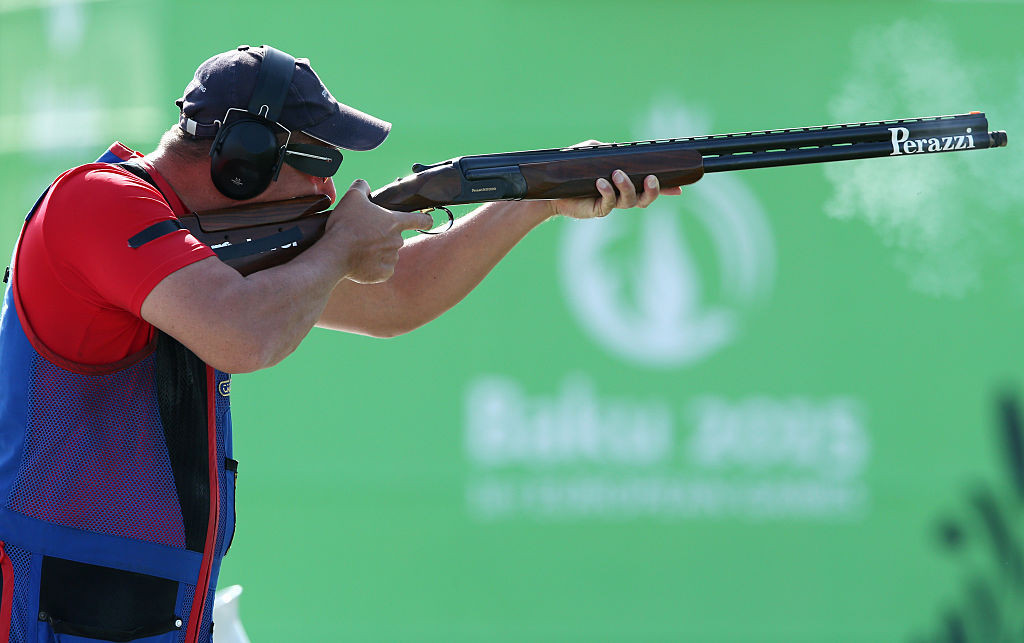 Their trio of Erik Varga, Marian Kovacocy and Adrian Drobny earned a 6-2 win in the gold medal match against an Italian team that had topped qualifying with 505 points, four more than they had totalled.

The women’s trap team title went to Russia, 6-0 winners over Italy in the gold medal match.

The bronze medal match was won by France with a 6-2 scoreline against Finland.

They totalled 46 to win gold by a margin of eight shots over the Austrian trio of Gernot Rumpler, Andreas Thum and Bernhard Pickl.

The 25m rapid fire pistol men's gold went to France’s Jean Quiquampoix, who finished three ahead of Russia’s Leonid Ekimov after scoring a maximum five on his final round.

Bronze went to the winner’s compatriot, Clement Bessaguet, ahead of Tommaso Chelli of Italy.