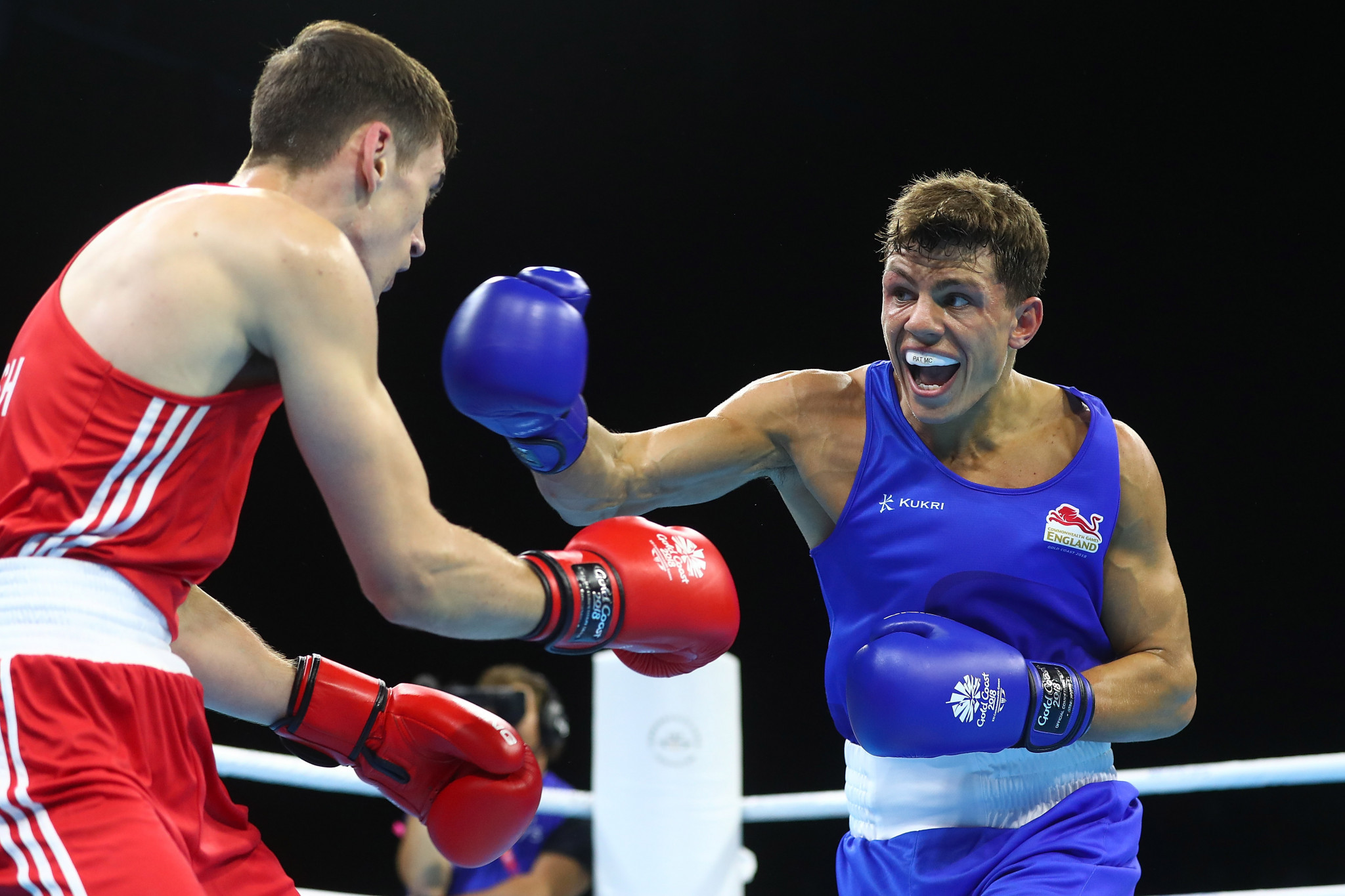 British boxers Lauren Price, Pat McCormack and Ben Whittaker are just one win away from booking their places at Tokyo 2020 after winning their round of 16 bouts at the European qualifier in Paris.

The trio are top ranked in their respective divisions and continued their Olympic quests at the Le Grand Dôme in Villebon-sur-Yvette in the French capital.

The European qualifier picked up from where it left off after the event was suspended in London in March 2020 following the onset of the COVID-19 pandemic.

Price booked her place into the quarter-finals of the women’s middleweight class after beating France’s Davina Michel.

She will next face Ukraine’s Anastasiia Chernokolenko who defeated Lithuania’s Gabrielė Stonkutė.

McCormack made it through to the last eight of the men’s welterweight division with victory over Monaco’s Hugo Micallef.

Georgia’s Eskerkhan Madiev will face McCormack for a place at the Olympics after he saw off Adem Fetahović of Bosnia and Herzegovina.

They are now just one win away from @Tokyo2020. 🇯🇵🔜#BeInTheirCorner pic.twitter.com/6tCOvzDGqo

They will be joined in the quarter-finals by Aiden Walsh of Ireland, Lorenzo Sotomayor of Azerbaijan and Aliaksandr Radzionau of Belarus.

Whittaker beat Paul Arădoaie of Romania via a split decision to move through to the quarter-finals of the light heavyweight class.

Liridon Nuha will be the British boxer’s next opponent with Tokyo 2020 qualification spot on the line after the Swede beat Stiven Aas of Estonia.

Nikolina Ćaćić will Testa in the quarter-finals which also features Aycan Güldağı of Turkey, Maria Nechita of Romania, Stanimira Petrova of Bulgaria, Karriss Artingstall  of Britain, Stephanie Thour  of Sweden and Michaela Walsh of Ireland.

Khyzhniak of Ukraine made it through to the quarter-finals of the men’s middleweight.