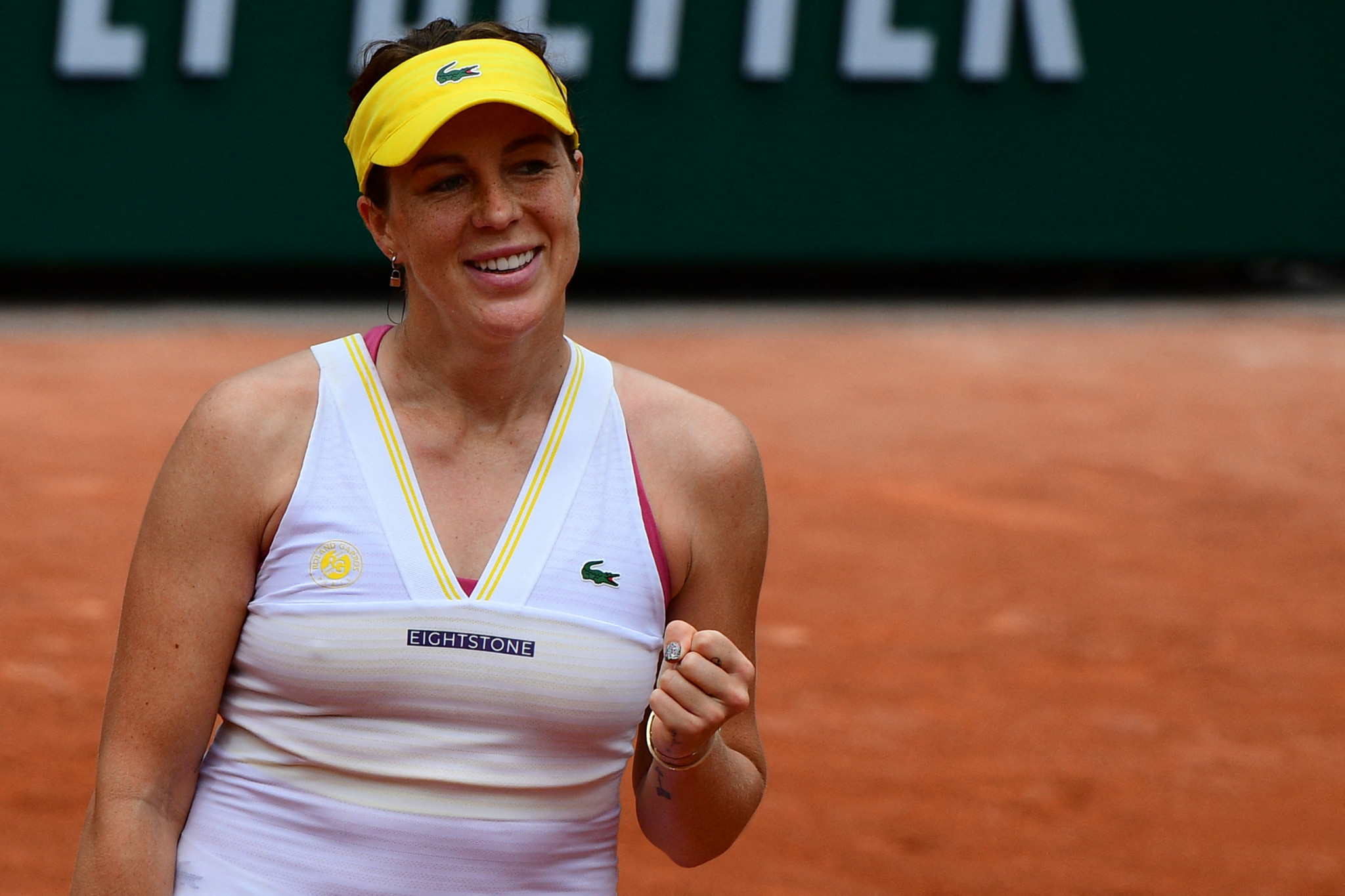 The Belarusian had been the highest remaining seed following Ashleigh Barty's retirement and Naomi Osaka's withdrawal.

But Sabalenka failed to seized her opportunity as Russian 31st seed Pavlyuchenkova eventually proved too strong, winning 6-4, 2-6, 6-0 to reach the fourth round for the second time.

Pavlyuchenkova has reached the second week of seven Grand Slams in her career, but this is the first time she has made that stage in Paris since her quarter-final run as a 19-year-old in 2011.

"At this point, I'm not focusing on the rankings anymore," said Pavlyuchenkova.

"I’m not focusing on anything, on the names, nothing.

"I just take this particular match, and I want to win this match.

Pavlyuchenkova will next face another Belarusian in 15th seed Victoria Azarenka in a bid to make her seventh Grand Slam quarter-final.

Twenty-first seed Elena Rybakina and the unseeded Tamara Zidansek both booked their places in the second week of a Grand Slam for the first time.

Zidansek's career-best Grand Slam run seemed to be all but over, but the Slovenian quelled her nerves to eventually emerge a 0-6, 7-6 (7-5), 6-2 victor over Katerina Siniakova of the Czech Republic after one hour and 57 minutes.

Serena Williams, the seventh seed, is the highest remaining seed in her part of the draw, and today dispatched fellow American Danielle Collins 6-4, 6-4 to progress and continue her quest for a 24th Grand Slam title.

In the men’s event, Kei Nishikori of Japan overcame Swiss qualifier Henri Laaksonen to reach the fourth round in Paris for the seventh time in his career.

World number 150 Laaksonen was forced to retire after losing the first set 7-5 due to a thigh injury that he sustained at 2-2.

Nishikori will be grateful, having won back-to-back matches in five sets against Italian Alessandro Giannessi and Russian Karen Khachanov.

He has now spent more than eight hours on court and will now prepare to face German sixth seed Alexander Zverev, who beat Laslo Djere of Serbia 6-2, 7-5, 6-2 in two hours and eight minutes.

Argentina’s Federico Delbonis was solid on first serve in a rain-interrupted clash to record a 6-4, 6-1, 6-3 victory over Italian 27th seed Fabio Fognini on Court Suzanne-Lenglen.

Elsewhere in the men's draw second seed Daniil Medvedev of Russia, the second seed, was a straight sets 6-4, 6-2, 6-4 winner against Reilly Opelka of the US, the 32nd seed, while fifth seed Stefanos Tsitsipas of Greece, playing in the night match on Court Philippe-Chatrier came from behind to record a battling 5-7, 6-3, 7-6, 6-1 win against the 31st seed John Isner of the US.