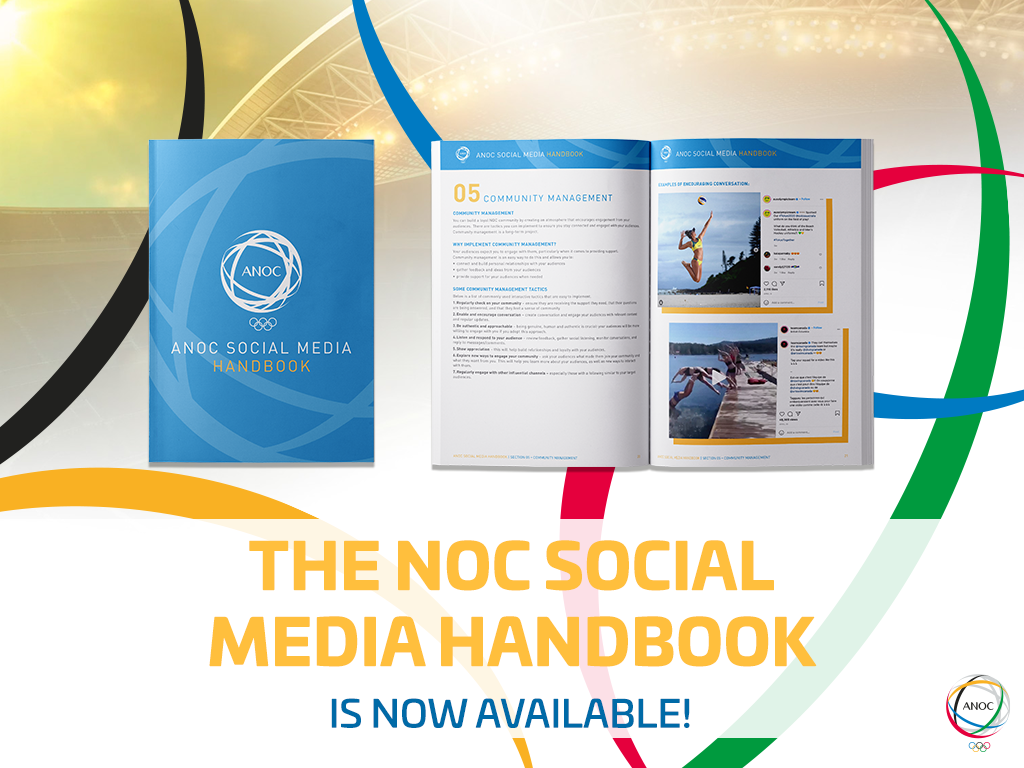 The Association of National Olympic Committees (ANOC) has published a social media handbook to help NOCs around the world improve their online performance.

Included in the guide is information on how to set-up and manage social media accounts, as well as insight into strategy and planning, athletes, content creation, influencers and paid media.

An appendix of key social media terms is also included.

"Through the use of the handbook, ANOC hopes some NOCs will be able to increase their visibility and raise their brand image, improve their relationships with their social media audiences and athletes, increase funding potential and promote the Olympic values in their countries," an ANOC statement said.

The 62-page handbook is available to read here.

"Key NOC stakeholders such as new potential sponsors will evaluate an NOC performance on social media in order to decide on the feasibility of a potential partnership and the expected return of investment," a joint introduction from Acting ANOC President Robin Mitchell and ANOC secretary general Gunilla Lindberg says.

"It is important for the NOCs to understand the strategic need of its social media channels, which will help build the image and reputation of the organisation.

"But besides the importance of a successful marketing strategy, social media is an effective way to connect and share the positive messages that only sports provide."

The handbook is the latest innovation ANOC have created to help NOCs with social media.

A social media dashboard has also been launched, which allows NOCs to analyse their performance using metrics such as engagement rate, views and growth rate.

NOCS can also filter results to compare themselves against other countries.

In March, ANOC released the results of its social media survey which found that 91 per cent of NOCs have at least one social media profile.

However, smaller NOCs often struggle with issues such as content creation and a lack of resources.

ANOC has updated its NOC directory to ensure all social media platforms are linked to each country's page.