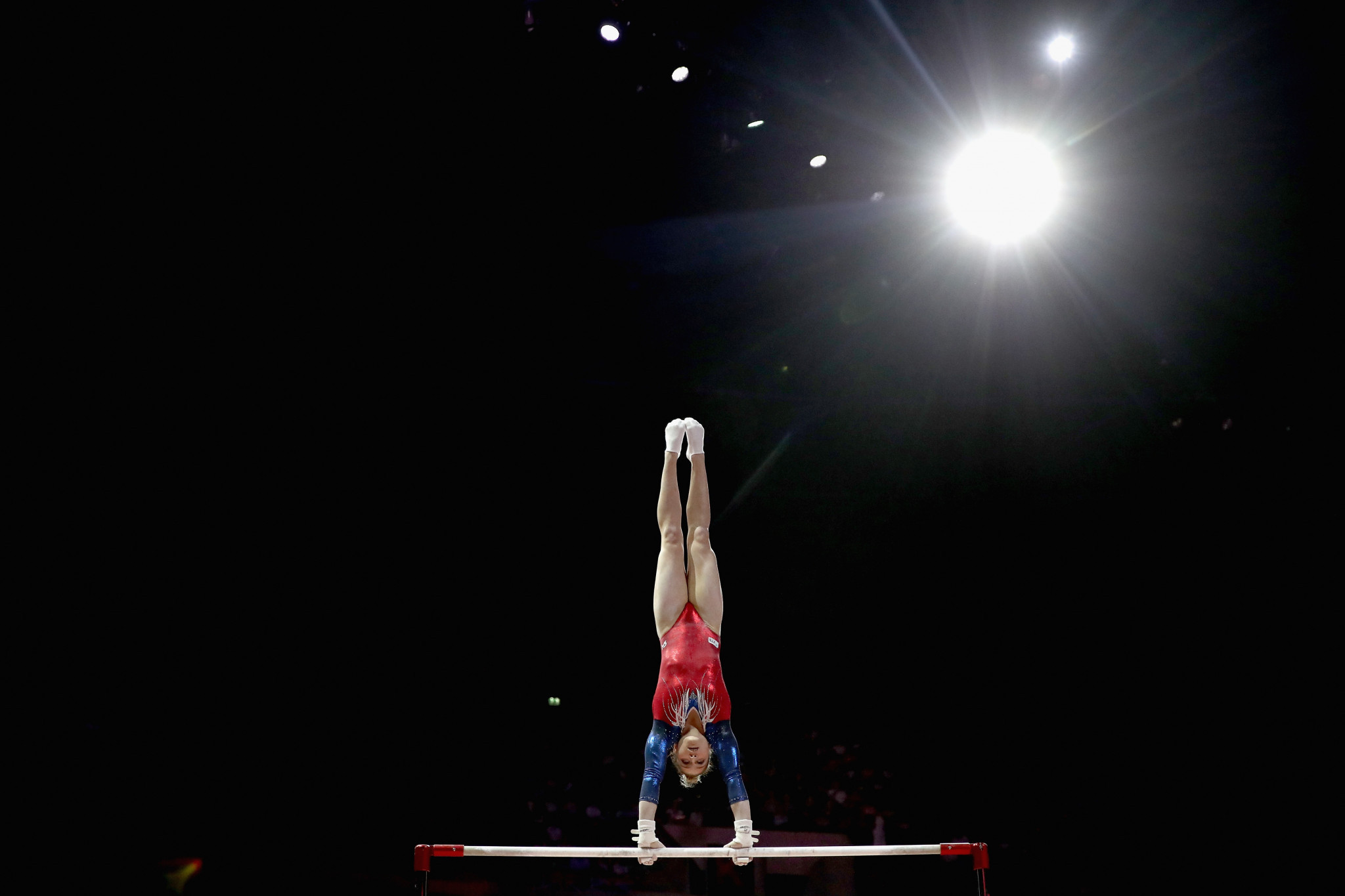 Both gymnasts had the same difficulty routines in the floor final at the Palace of Culture and Sports in the Bulgarian city, with both scoring 4.900.

Aripova and Szujo were unable to be separated after the pair scored 8.250 for execution, leaving them joint top of the standings on 13.150.

Russia’s Uliana Perebinosova finished as the bronze medallist with a score of 13.100.

Perebinosova secured gold in the women’s uneven bars event, with the 20-year-old clinching gold with a score of 14.500.

She finished clear of Ukraine’s Diana Varinska and Britain’s Kelly Simm, who scored 14.200 and 13.650 to complete the podium.

Perebinosova won her third medal of the Challenge Cup event after ending as the runner-up in the women’s vault competition.

France’s Coline Devillard won gold in the competition with an average score of 14.150 from her two vaults, with Perebinosova second on 13.950.

The Barcelona 1992 Olympic team gold medallist is preparing to compete at Tokyo 2020, where she would be 46 years old.

Bachynska began with the highest tariff routine and scored impressively on execution to win gold on 13.250.

Srbic headed into the event in Bulgaria as the top ranked gymnast in the World Challenge Cup horizontal bar rankings.

The 2017 world champion produced an impressive performance to top the standings, achieving a score of 14.850.

Italy’s Carlo Macchini finished as the runner-up on 14.650, with Hungary’s Krisztian Balazs rounding off the podium on 14.350.

A second Croatian gold of the event was earned by Aurel Benovic, who topped the standings on 14.950.

Ukraine’s Illia Kovtun emerged as the winner of the men’s pommel horse competition scoring 14.550, with Italy’s Edoardo De Rosa and Uzbekistan’s Abdulla Azimov finishing on 14.450 and 14.150 to round off the top three.

Further Ukrainian success came in the men’s vault competition, with Nazar Chepurnyi topping the standings after scoring 14.700 with both of his attempts.

Romania’s Marian Dragulesco was the runner-up on 14.525, with Azerbaijan’s Ivan Tikhonov third on 14.300.

Ilia Kovtun became the third Ukrainian man to win gold, as he clinched victory in the parallel bars competition with a score of 15.100.

Russia’s Sergei Eltcov and Lithuania’s Robert Tvorogal completed the podium on 14.950 and 14.350.

Austria’s Vinzenz Hoeck earned gold in the men’s rings event after achieving a score of 14.800.

Italy’s Salvatore Maresca and Marco Sarrugerio earned the final podium spot with totals of 14.700 and 14.450.