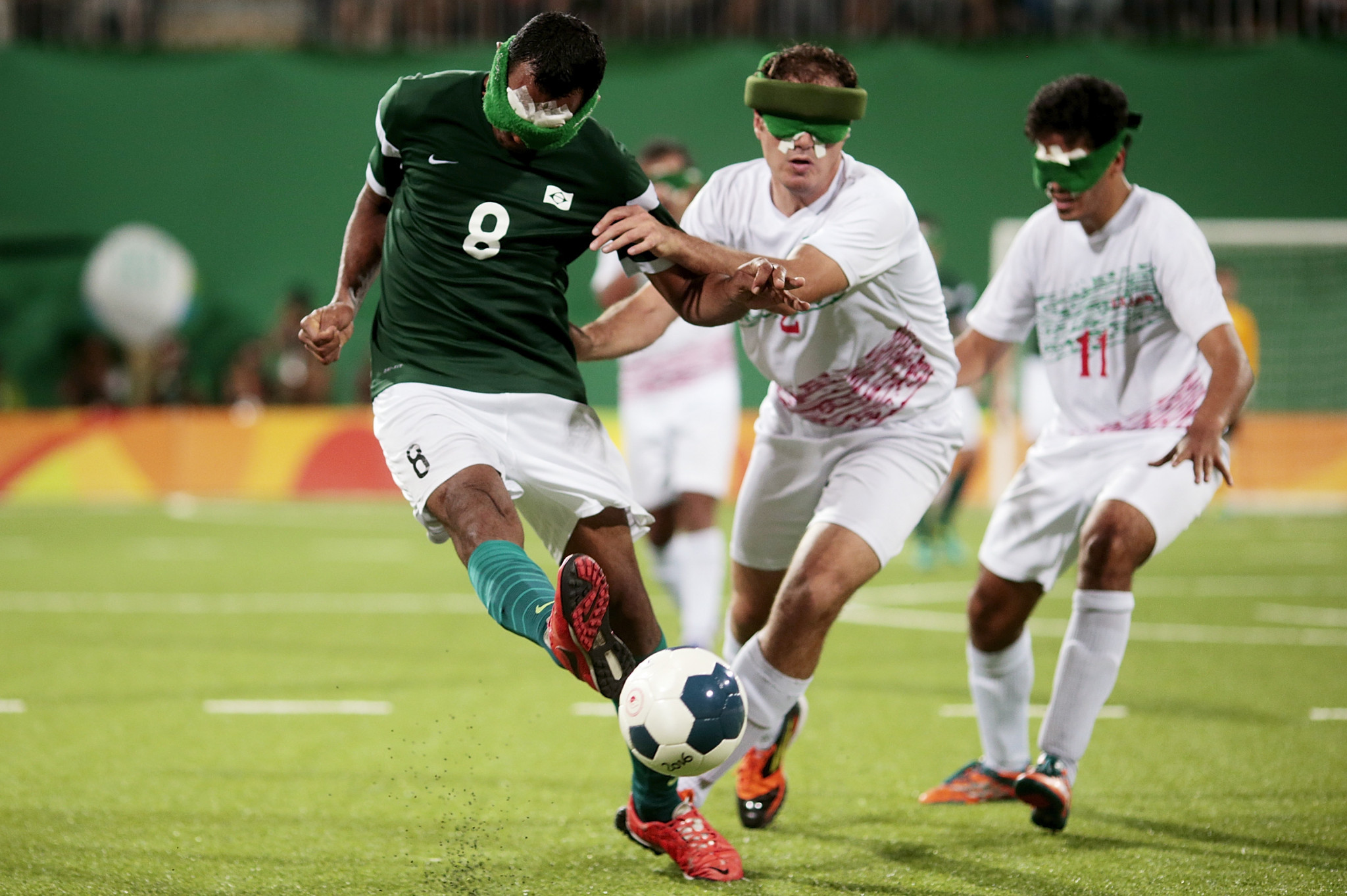 A new concussion policy is set to be in place at this year's Tokyo 2020 Paralympic Games to protect all blind football players during matches.

International Blind Sports Association (IBSA) Football has agreed to introduce the new rule at all official tournaments which allows teams to temporarily replace a player suspected of concussion.

Under the policy, a temporary concussion substitute (TCS) can be requested by a medical team official if they believe a player has sustained a head injury.

The TSC can remain on the pitch for 10 minutes while their team mate is assessed to allow play to continue.

The medics will determine whether the player will be able to return to the field at the next available stoppage or be permanently replaced by the TSC.

If no substitutions are available, IBSA Football says teams will still be able to use a TCS but the player must leave the pitch after 10 minutes whether the injured athlete can return or not.

The new policy - one of the first of its kind to be introduced in Para sport - is expected to be tested at the IBSA Football World Grand Prix in Shinagawa in Japan, scheduled to run from tomorrow until June 5.

It is also set be in place at all blind football matches at the Tokyo 2020 Paralympics and will apply to every IBSA Blind Football and IBSA Partially Sighted Football-sanctioned competition.

Jeff Davis, a member of the IBSA Football Committee who has been working on the development of the policy, welcomed the move.

"We are pleased to be making big strides in the management of concussion, following on from the recent release of the first scientific position statement," said Davis.

"Whilst head injuries are not routine in blind or partially sighted football we know that we can do better to care for those who might have been hurt, improving player welfare and safety on the pitch.

"On behalf of the IBSA Football Committee I would like to thank everyone involved with the development of the policy, which is helping to lead the way in concussion management in Para sport."

An online seminar was also held for all participating teams at the upcoming World Grand Prix.

Osman Ahmed and Richard Weiler, members of the IBSA Medical Committee who helped write the position statement as part of the "Concussion in Para Sport" group, led the session.

Last month, concussion guidelines for Para football were published in the British Journal of Sports Medicine for the first time.

It followed extensive debate about head injuries in able-bodied sport and criticism from the families of former players who have suffered from dementia.

Para Football, a foundation and worldwide body of football for persons with disabilities, said publication of the new guidelines - called the Para Concussion Position Statement - was a "major milestone" for managing players' concussions.