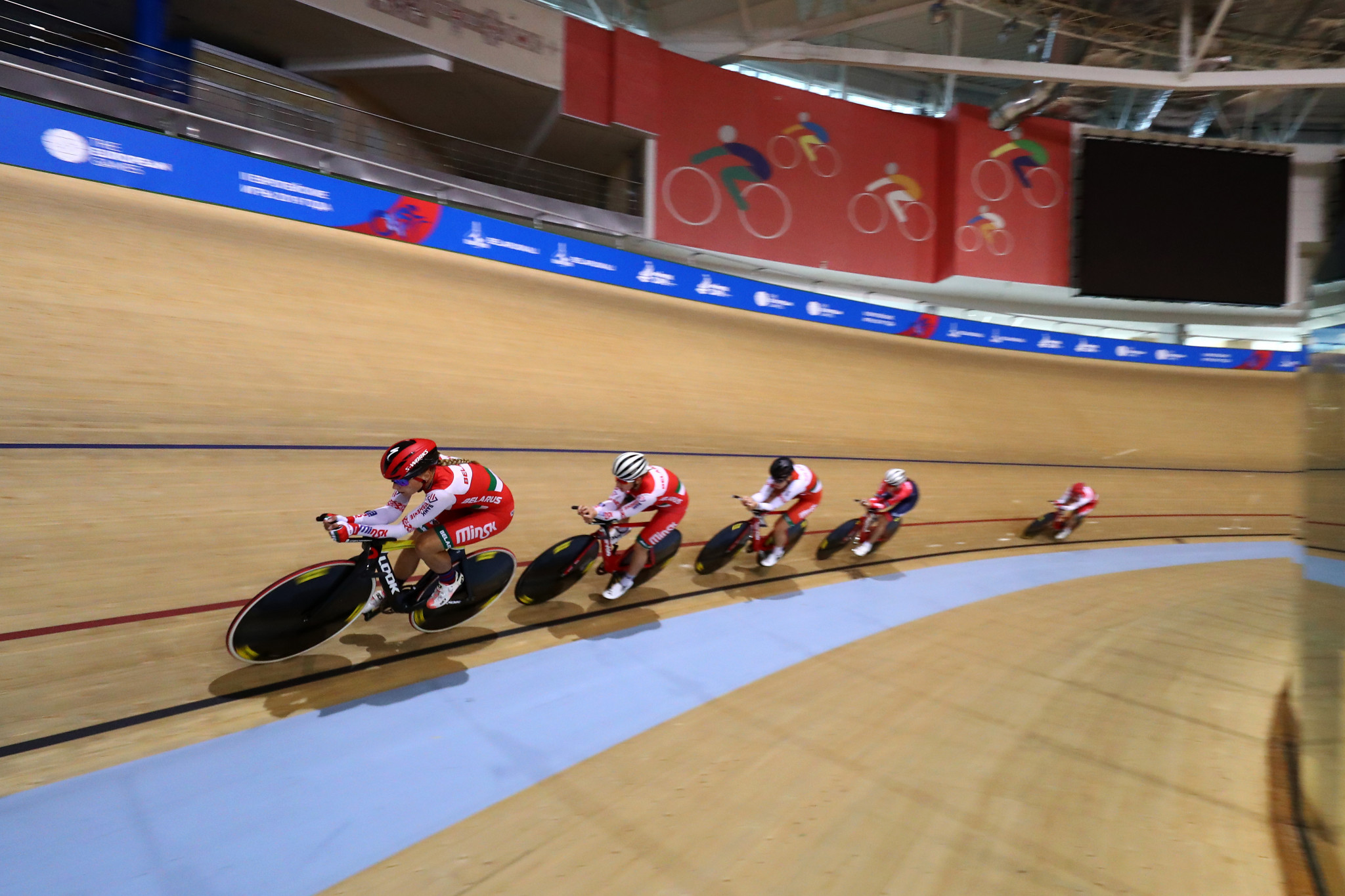 The European Cycling Union (UEC) has stripped Belarus of the rights to host its Elite Track European Championships following the arrest of journalist Roman Protasevich.

The organisation had faced mounting pressure in recent months to move the event from Belarus' capital city Minsk over human rights concerns.

UEC officials insisted they was "legally contracted to host this event at this time and location and were unable to find another suitable host on this date", with the organisation announcing earlier this month that the event would proceed as planned.

The arrest of Protasevich led to the international community imposing fresh sanctions on Belarus, and the UEC facing more calls to act.

On Sunday (May 23), Belarus dispatched a fighter jet to force a flight from Greece to Lithuania to land in Minsk, claiming there was a bomb threat.

Police arrested Protasevich and his partner, Sofia Sapega, when the Ryanair plane landed.

Protasevich is a critic of Belarusian President Alexander Lukashenko, who is viewed by much of the international community as a dictator.

His re-election last year came after an election which was widely considered to be rigged.

Belarus' actions have been widely condemned and its claims Hamas threatened to blow up the aircraft rejected - including by the Palestinian organisation itself.

Sanctions have been imposed by the European Union and other organisations.

Most airlines have stopped entering Belarus' airspace following the "hijacking" of the plane and there are fears for the safety of Protasevich.

A video of the journalist confessing to crimes, seemingly under duress, was released by Belarusian authorities.

A UEC Management Board meeting today has led to the event in Belarus being cancelled, with the European body now seeking a replacement host.

The European Championships were scheduled to run from June 23 to 27.

"We have recently been monitoring the situation with the Belarus Cycling Federation which has now developed into an international debate and today during the Management Board meeting, we have decided to cancel the event in Minsk," said Enrico Della Casa, UEC President.

"I would like to thank the Belarus Cycling Federation and its President and Management Board member, Natallia Tsylinskaya, who has worked with great dedication to help prepare the event and for the important initiatives planned to develop the sport of cycling in Belarus with a programme of additional activities during the European Championships.

"We are already working on finding an alternative solution to enable the riders from our 50 National Federations to compete in this season's continental event."

Pressure had previously been applied by National Federations, with the German Cycling Federation saying it would not send athletes to the event if it was held in Minsk.

Dutch cyclists were also set to miss the event for health and safety reasons, while British Cycling performance director Stephen Park was quoted as saying there was "no way" the UEC could have delivered the event in Belarus.

Lithuanian cycling federation decided not to go to #cycling championship in #Belarus joining NL, DE and UK. 🇱🇹 offers @UEC_cycling to organize it in Lithuania. Lukashenko and fair sports hardly fit in the same sentence even less in the same country.

Gabrielius Landsbergis, Lithuania's Foreign Minister, confirmed athletes would not have travelled to Belarus and that the country has offered to host the event.

Lithuania was last week announced as the host of a round of the inaugural UCI Track Champions League.

Denmark could be another option for the UEC.

The UEC has become the latest organisation to remove an event from Belarus.

The International Ice Hockey stripped Belarus of co-hosting rights for its ongoing World Championship earlier this year, citing "growing safety and security concerns related to both the rising political unrest and COVID-19".

President Lukashenko and his son Viktor - who replaced him at the head of the country's National Olympic Committee earlier this year - have both been banned from attending the Tokyo 2020 Olympic Games over allegations of political discrimination towards athletes, some of whom have been imprisoned.