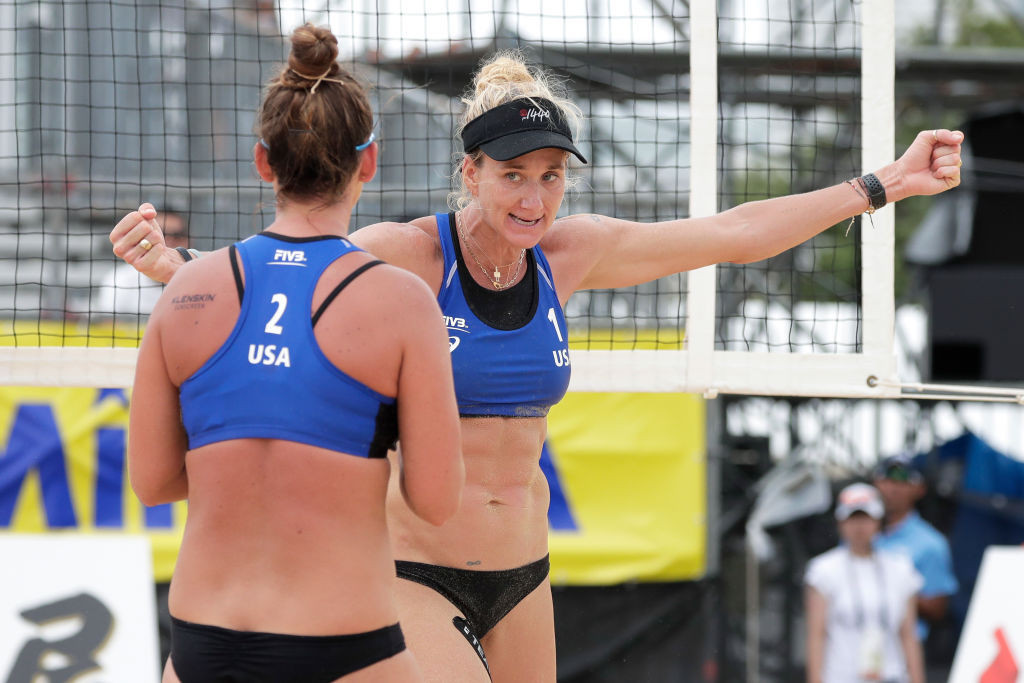 Three-time Olympic gold medallist Kerri Walsh Jennings, seeking a sixth Olympic appearance at the age of 42, earned a speedy win with her partner Brooke Sweat to reach the main draw of the penultimate Tokyo 2020 ranking beach volleyball tournament in Sochi.

The top seeds won 21-12, 21-13 against Poland’s Agata Ceynowa and Marta Lodej in the first of the second-round qualification matches, booking a spot in tomorrow's main draw.

The tournament in Russia, which will conclude on Sunday (May 30), will be followed by one in Ostrava in the Czech Republic, and the final Olympic rankings will be published on June 14 to determine the 15 highest-ranked teams per gender

Lithuania’s Ieva Dumbauskaite and Gerda Grudzinskaite were the lowest-ranked team to push through to the main draw successfully.

Playing as 20th seeds in the qualification bracket, they started off with a hard-earned 21-19, 24-22 win over Norway’s Ingrid Lunde and Emilie Olimstad.

In the deciding round, Dumbauskaite and Grudzinskaite came back from a set down against fourth-seeded Spaniards Paula Soria and María Belén Carro to persevere through a tight tiebreaker and snatch a 10-21, 21-15, 16-14 victory.

Raisa Schoon and Katja Stam of The Netherlands, Brazil’s Taina Bigi and Victoria Tosta, Finland’s Riikka Lehtonen and Niina Ahtiainen, Canada’s Megan McNamara and Nicole McNamara and Germany’s Kim Behrens and Sandra Ittlinger were the other pairs who successfully made their way into tomorrow’s main draw.

In a men’s competition day full of spectacular three-setters, two Russian teams and representatives from seven other countries won the deciding qualification matches to fill in the eight available spots in the 32-team main draw .

Russia’s Daniil Kuvichka and Anton Kislytsyn were the home heroes of the day as they earned three-set wins over strong opponents to become the lowest-ranked pair to play in the main draw.

Nikita Liamin and Taras Myskiv, Russia’s top-seeded team in the qualification bracket, played only one match - a 15-21, 21-17, 15-5 win over Poland’s Maciej Rudol and Jakub Szalankiewicz.

Unfortunately, at 8-5 in the tiebreaker, Rudol sustained an injury, which prevented him from finishing the match.