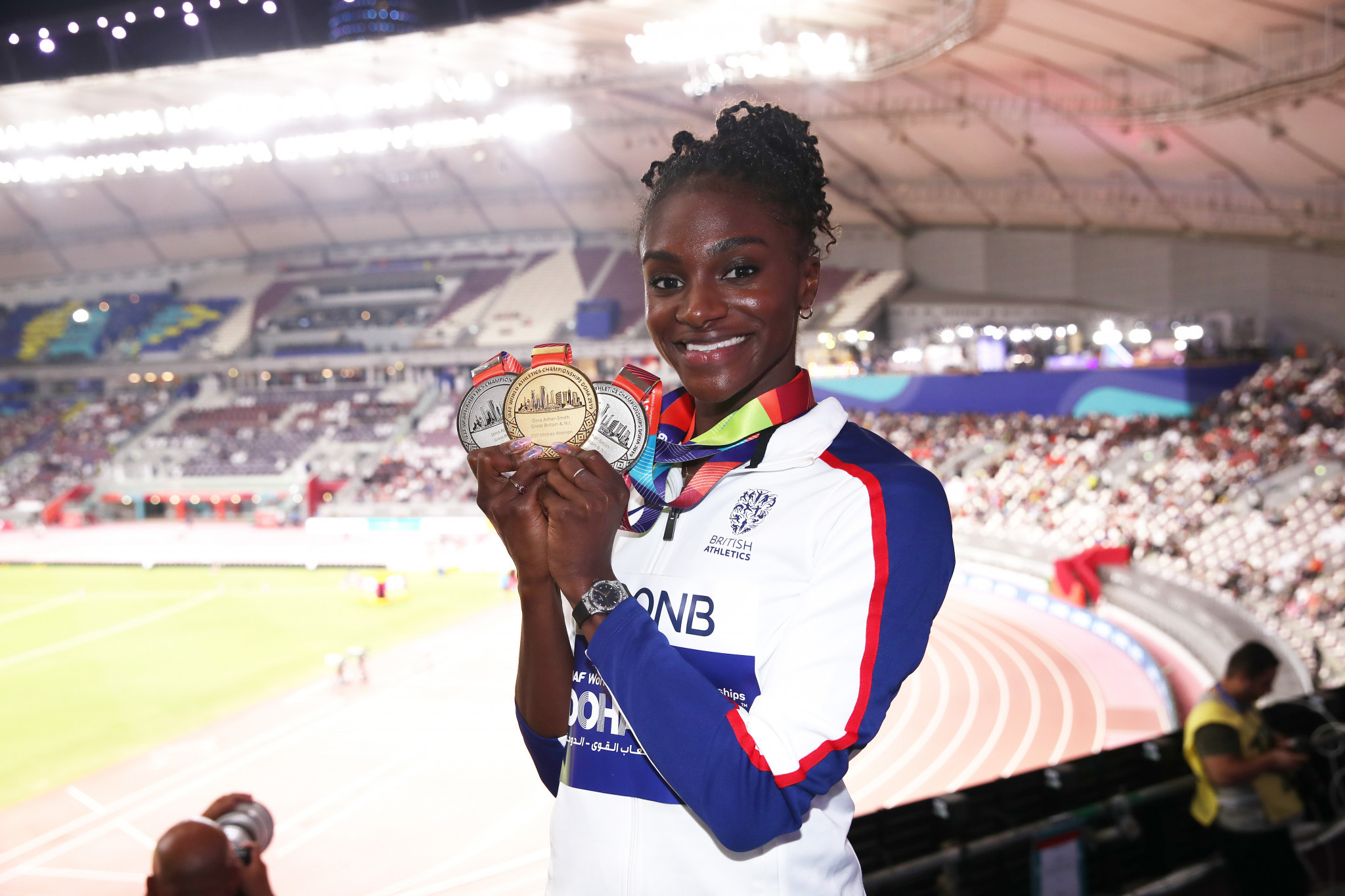 Sprint rivals Dina Asher-Smith and Sha'Carri Richardson have become the latest high-profile athletes to reject the International Olympic Committee's (IOC) stance against podium protests at Tokyo 2020 and other Games.

Rule 50 in the IOC Charter includes the following line: "No kind of demonstration or political, religious or racial propaganda is permitted in any Olympic sites, venues or other areas."

The IOC last month announced that 70 per cent of athletes canvassed via its Athletes' Commission felt the field of play and official ceremonies were not an appropriate place for competitors to demonstrate or protest.

Last week, however, Britain’s 2014 European 200 metres champion Adam Gemili, who finished fourth at the Rio 2016 Olympics, insisted that he would be ready to kneel on the podium in support of the Black Lives Matter movement, adding that "all hell will break loose" if the IOC attempts to ban athletes for doing so.

"Yeah, I think it is a shame that these restrictions have been put in place, especially when you consider what is happening in the world right now," Asher-Smith continued.

"Even in situations this week in many different countries.

"I don’t want to incite anything - but yeah, I think it is a shame."

"I'm a proud Black woman. Part of why I am so successful and so motivated is because of my Black history. I am definitely going to show the world that Black Lives Matter forever and always." - @itskerrii.#GatesheadDL #DiamondLeague

The United States' Richardson, who has run the three fastest 100m times of 2021, responded: "I am a big advocate for Black Lives Matter.

"Part of why I’m so successful and I’m so motivated is because of my black history.

"And I definitely want to be part of that.

"And they have to know when the right time is to stand for something right.

"You have to know, when you have that platform how to use it in the correct way.

"So I’m definitely going to show the world that Black Lives Matter.

Meanwhile Canada’s Chef de Mission for the Tokyo 2020 Olympics, three-time Olympic rowing champion Marnie McBean, has told insidethegames deciding what line to take on athlete protests may be the "hardest thing" associated with the role.

"I think it’s going to be the hardest thing to do as a Chef de Mission to respect an athlete’s right to choose if they choose to break a rule," McBean said.

"That’s going to be heartbreaking, but I am going to have respect what they’ve done."

To read the full article on Rule 50, click here for the Big Read.