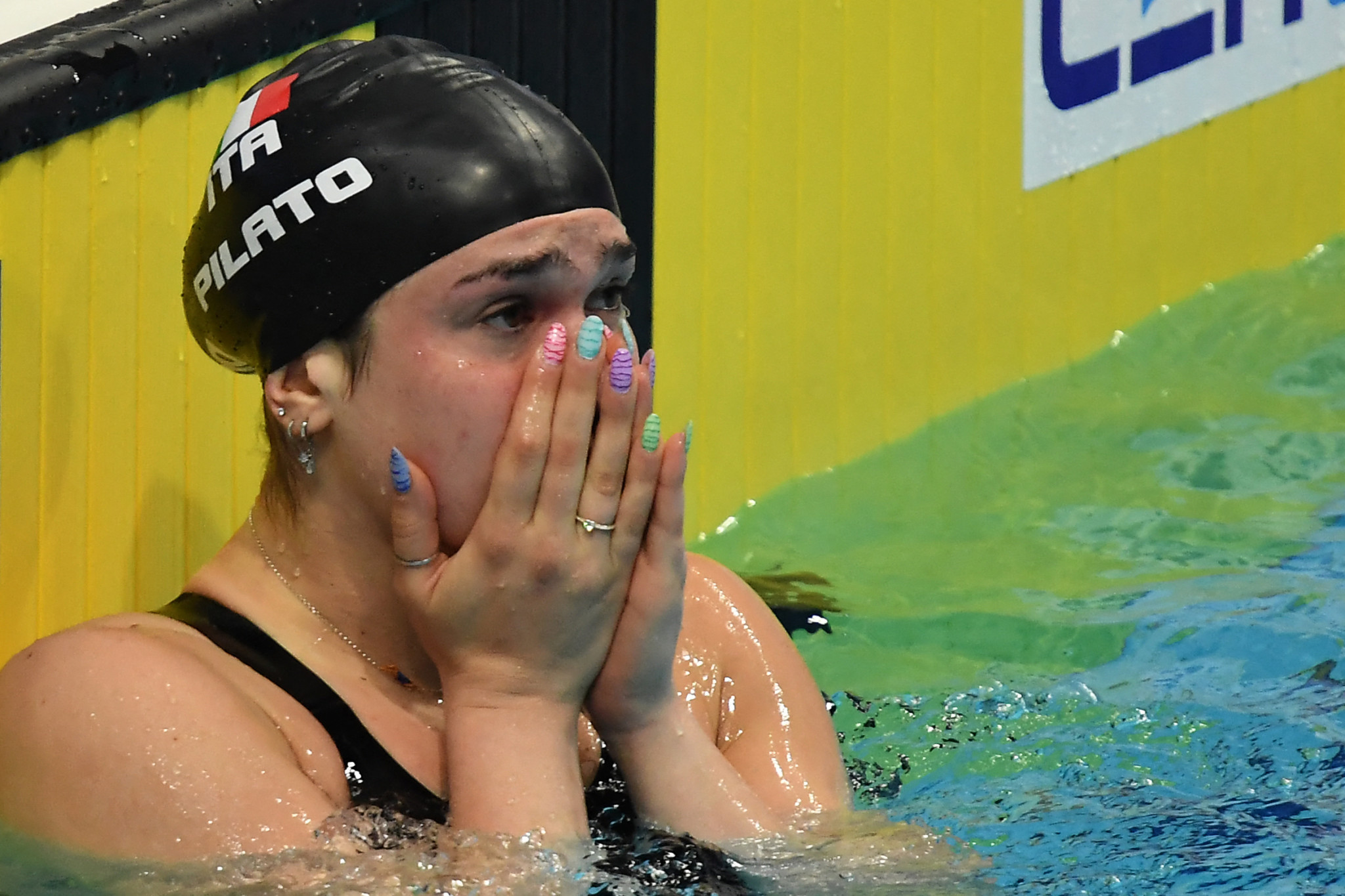 She was 29.30sec in the semi-finals, besting the previous record of the United States' Lilly King, 29.40.

"I thought I was doing less than this morning, but not as much," said Pilato.

"I honestly don’t know what to say.

"I felt so much the cheering of others.

Britain's world record holder Adam Peaty laid down a challenge ahead of the Tokyo 2020 Olympics by blowing the rest of the field away in the men's 50m breaststroke.

The Olympic champion in the 100m breaststroke showed his talent over the 50m equivalent in a time of 26.21sec, far ahead of Belarus' silver medallist Ilya Shymanovich, who was 0.34 seconds back.

Dutch swimmer Femke Heemskerk won the gold medal in the women's 100m freestyle final in a time of 53.05, ahead of France's Marie Wattel and Anna Hopkin of Britain.

Hopkin claimed bronze by just 0.01 seconds ahead of The Netherlands' Ranomi Kromowidjojo.

Less than two tenths of a second separated the two, with Rylov winning in 1:54.46.

Peaty swims... Peaty wins... ?@adam_peaty doing what he does best to take the European 50m breaststroke title in style

Just the 15 European titles for Adam since 2014 now ? pic.twitter.com/ZcIIBNhib7

Just 0.13 separated the top three, but the Israeli swimmer was first to touch the wall in 2:09.99 ahead of Britain's Abbie Wood and Hungarian legend Katinka Hosszú.

In the final event of the night, Britain's Duncan Scott, Thomas Dean, Hopkin and Freya Anderson won the gold medal in the mixed 4x100m freestyle final in another tight finish.

Clocking a time of 3:22.07, the quartet equalled the Championship record set by France in Glasgow in 2018 and came close to breaking the European record set by The Netherlands in 2017.

The Dutch swimmers - Stan Pijnenburg, Jesse Puts, Kromowidjojo and Heemskerk - were close to stopping the Britons, finishing 0.19 behind, and the Italian team of Alessandro Miressi, Thomas Ceccon, Federica Pellegrini and Silvia Di Pietro were just over half a second away from the gold - instead winning bronze.