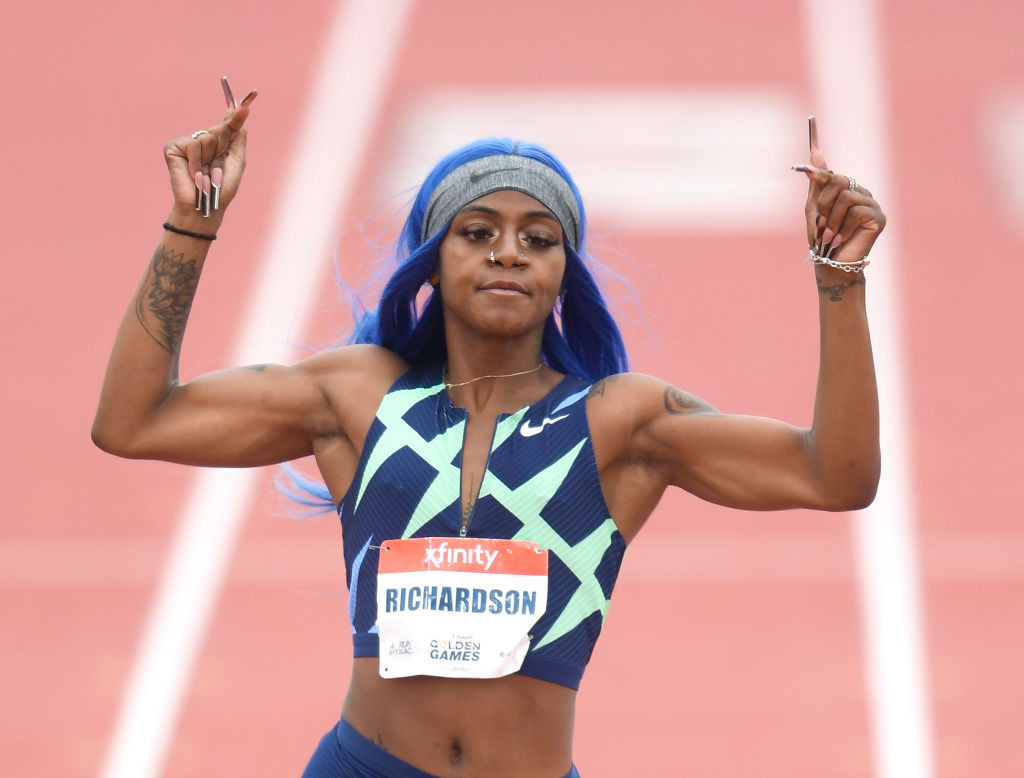 A convergence of three top women sprinters will ensure that tomorrow's opening Diamond League meeting of the season at Gateshead International Stadium is a must-watch.

While the town in the north-east of England has not hosted a Diamond League meeting since 2010 - it was a late substitute to host this event after Moroccan capital Rabat had to cancel over coronavirus restrictions - it has a long history of world-class performances, and even a world 100 metres record-equalling run from Asafa Powell.

Unless there is unseasonal sunshine at Gateshead, as there was when Jamaica's Powell ran 9.77sec in 2006, the winning time in the women’s 100m is unlikely to be exceptional - but that is of little importance.

This is a first pre-Tokyo 2020 showdown between the acknowledged achiever, Jamaica’s 34-year-old double Olympic and current world champion Shelly-Ann Fraser-Pryce, the Briton who finished one place behind her at the Doha 2019 World Championships, and herself claimed the 200m title, Dina Asher-Smith, and the rising figure of 21-year-old Sha'Carri Richardson of the United States.

It will be Asher-Smith's first major race since the 2029 World Championships.

Richardson already has the three top 100m times of the year, having run 10.72 in Florida, the sixth best of all time, and, at this month's meeting in Walnut, California, 10.74 and, even more impressively, 10.77 into a headwind of 1.2 metres per second.

In a Zoom call with the British press ahead of this meeting, Richardson responded sharply to the suggestion that her reputation might be tarnished by association as she is coached by Dennis Mitchell, who was banned for two years in 1998 for a testosterone positive and later testified to being injected with human growth hormone by former coach Trevor Graham.

With so many incredible athletes competing, who are you most looking forward to watching on Sunday??@BritAthletics

It was also pointed out that one of her fellow athletes under Mitchell’s charge, Justin Gatlin, has himself received two doping bans, the Guardian reports, but Richardson said her reputation would "not at all" take a hit.

"Because I know these men.

"I know what they are about."

"What I do when I perform is literally down to talent and hard work."

Richardson has had to work harder than most to get where she is.

She has spoken in the past of how she was abandoned by her mother and attempted to take her own life while in high school, openly discussing struggles with mental health.

While brightly-dyed hair or hairpieces - Richardson she ran with blue locks in Walnut - are a common sight within women’s sprinting, with Fraser-Pryce being one of the more colourful contributors to the spectacle, Richardson’s extra-long nails are reminiscent of the controversial, late Florence Griffith-Joyner, whose 100m world record of 10.49 has stood since 1988.

It is not a comparison that fazes Richardson.

"If I do have a role model in the sport of track and field it would be the legendary and amazing, one and only, Flo-Jo," she told World Athletics in the wake of her Walnut runs.

This is certainly one bold performer whose natural talent has been evident for many years, given that she won the 100m title at the US Amateur Athletic Union Junior Olympics in 2016 and another title at the following year's USA Track and Field *USATF) Junior Championships before setting world under-20 records over 100m and 200m at the 2019 National Collegiate Athletic Association Championships.

Meanwhile Sweden’s 21-year-old pole vault star Mondo Duplantis, having started his outdoor season in Ostrava on Wednesday night with a 5.90-metre clearance that took his unbeaten run to 23 meetings, is ready to move into 6.00m-plus territory at a venue that has twice witnessed women’s world pole vault records by Russia’s Yelena Isinbayeva.

Another towering Russian female field-event talent, three-time world high jump champion Mariya Lasitskene, will seek to extend her own unbeaten run, which currently stretches to 14 meetings, but that will be far from straightforward given the presence of the event’s new rising talent, 19-year-old Ukrainian Yaroslava Mahuchikh, who cleared a world under-20 record of 2.04m in losing to her on countback in the 2019 world final.

Four weeks on from her solo 4:01.54 victory at the USATF Grand Prix in Eugene in Oregon, Britain’s European champion Laura Muir has finished her US training and racing spell and is back on home soil for her second 1500m of the season.

The men’s long jump will feature Jamaica’s Tajay Gayle, who earned a surprise world title in 2019 with his effort of 8.69 metres.

He already has a mark of 8.27m this year and will be wanting to improve on that.