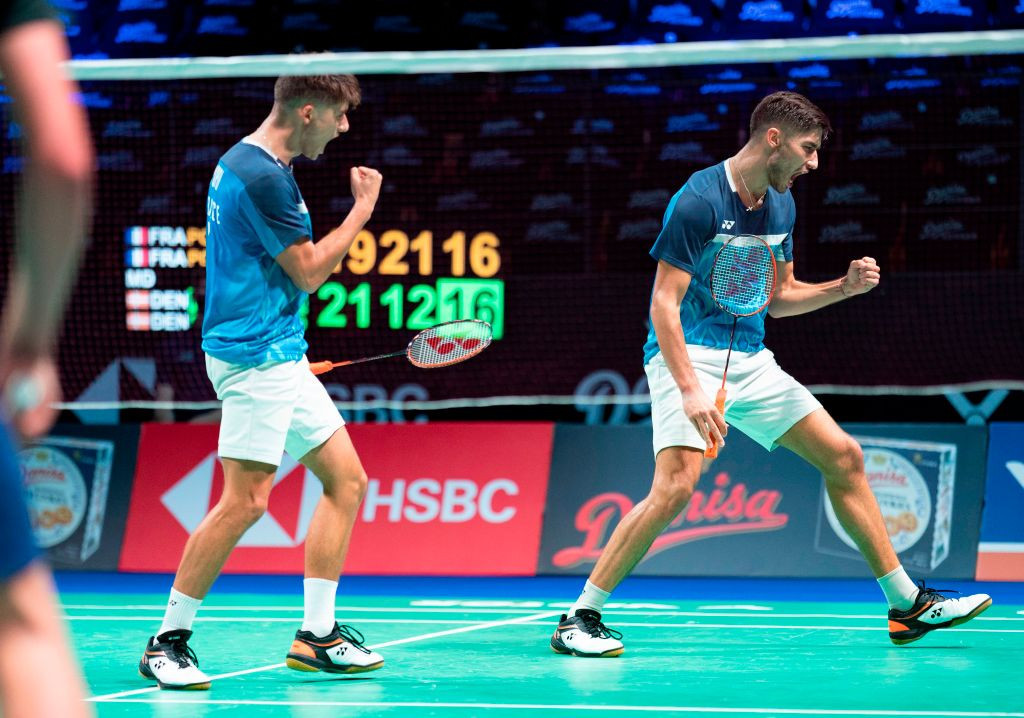 But there were surprises in the other two men’s quarter-finals.

There was an upset too in the women’s singles quarter-finals as Belgium’s fourth seed Lian Tan was beaten 18-21, 21-19, 21-13 by Indonesia’s Putri Kusuma Wardani.

Spain Masters: A shakeup in the men’s doubles https://t.co/xRYDsvEAeT pic.twitter.com/vVutZOjQSd

The men's doubles also had more than its fair share of shocks as Danish top seeds Kim Astrup and Anders Skaarup Rasmussen were beaten 21-17, 15-21, 21-11 by Indonesia’s fifth seeds Pramudya Kusumawardana and Yeremia Rambitan.

Another Indonesian pairing was certain to progress in the other quarter-final, and it was the unseeded Sabar Gutama and Moh Isfahini who upset their compatriots and third seeds Muhammed Fikri and Bagas Maulana with a 21-16, 21-19 win.

In the women's doubles, Scottish seventh seeds Julie MacPherson and Ciara Torrance reached the last four with a 21-14, 13-21, 21-14 win over fourth seeds Julie Finne-Ipsen and Mai Surrow of Denmark.