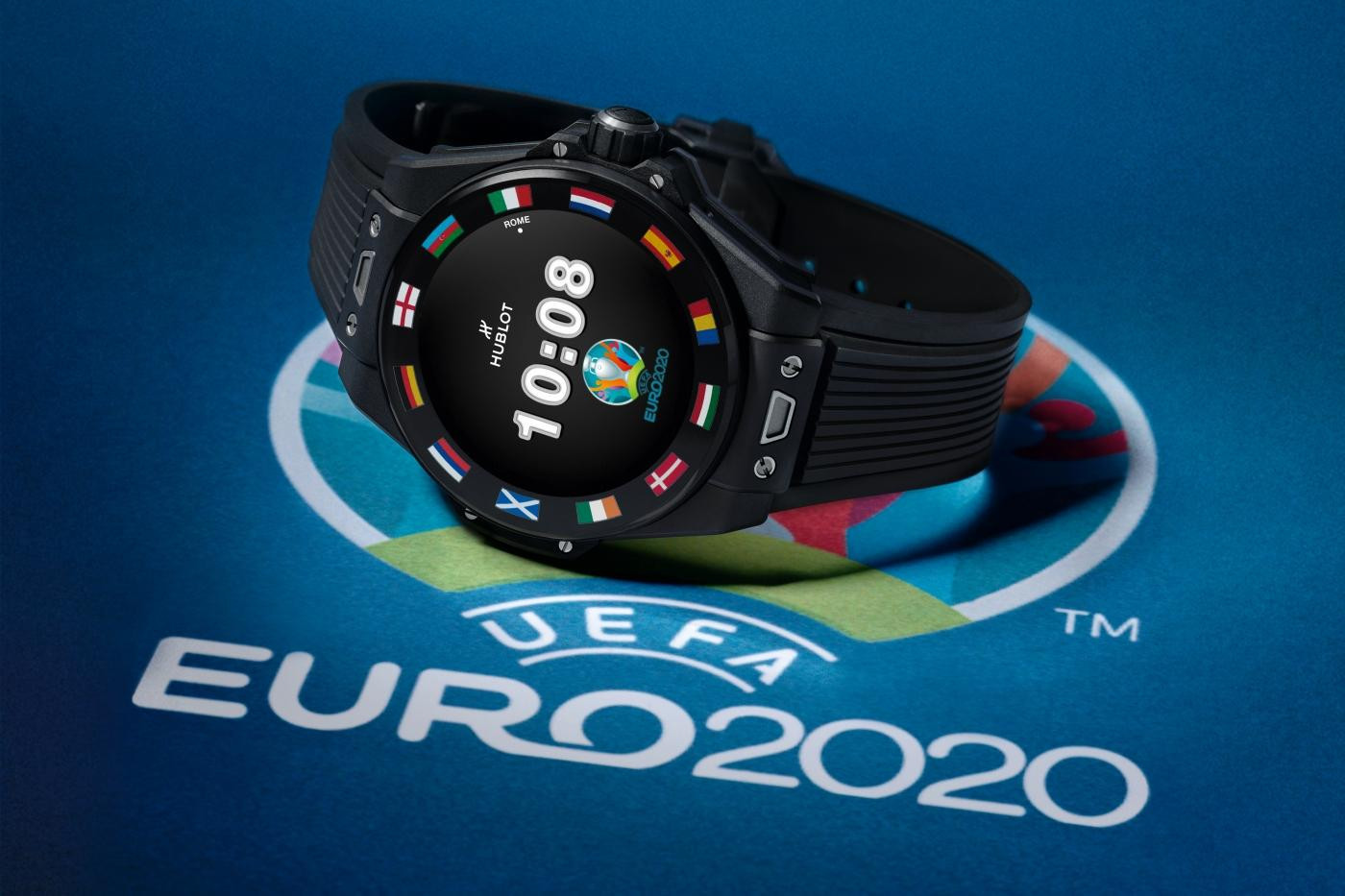 Swiss luxury watchmaker Hublot has released a new timepiece to mark its association with UEFA Euro 2020, which is due to kickoff next month following its postponement from last year.

The Big Bang e connected watch will allow football fans, Hublot promise, "to keep pace with the competition by wearing their very own virtual stadium on their wrist."

It is a follow-up to the watch released during the 2018 FIFA World Cup in Russia.

After a year-long postponement during the pandemic, for the first time in its history the European Championship will be held in 11 cities in 11 different countries.

The bezel on the Big Bang e watch sports the colours of the flags of the 12 nations initially planned to host.

Dublin was forced to withdraw as a host city because the Government in Ireland were unable to guarantee UEFA that fans would be able to attend matches.

Aesthetically, the watch features the attributes of the brand's iconic Big Bang model.

For greater ergonomics, it is available in a 42 millimetres case in Black Magic, the spectacular polished black ceramic developed by Hublot technicians, which is water-resistant to a depth of 30 metres.

The sapphire crystal means the AMOLED high-definition touchscreen is easy to use while, Hublot claim, just like a mechanical watch, the push-button on the rotary crown is used to activate its functions.

During Euro 2020, Hublot will be equipping all the referees officiating during the tournament with special Big Bang e Referee watches.

This special version will help them manage the timekeeping of the matches and any extra time and will be connected to goal-line technology and video assistant referee video control system.

The 1,000 Hublot Big Bang e UEFA EURO 2020™ connected watches are available exclusively on the brand's e-commerce platform until May 26, and then in Hublot boutiques.

Euro 2020 is due to start on June 11 when Italy will take on Turkey in Rome and conclude with the final at Wembley Stadium in London on July 11.