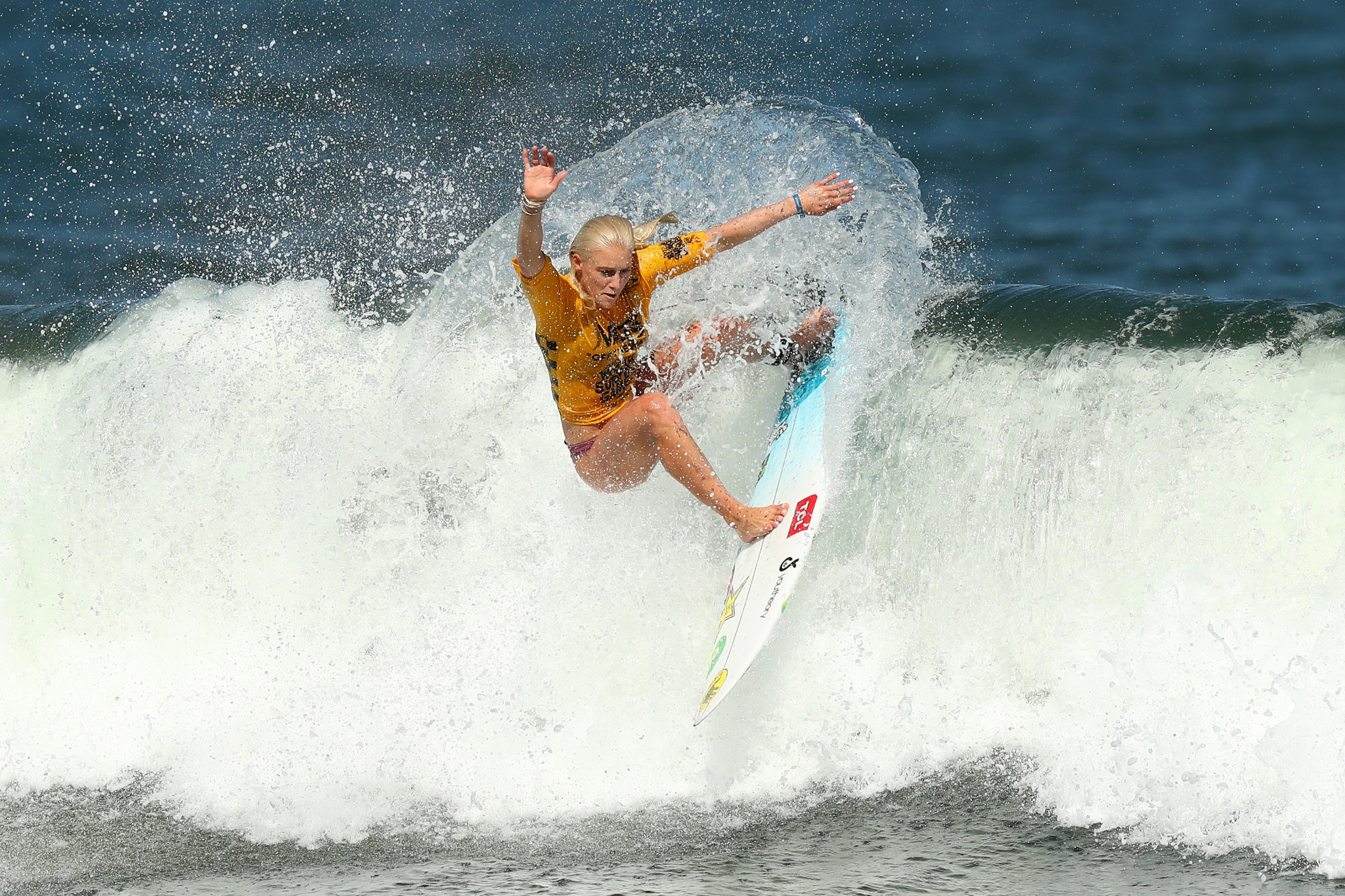 The Brazilian came into the final Australian leg of the season in fine form having won the previous event in Margaret River and finished second in Narrabeen.

But Weston-Webb was knocked out after finishing bottom of her elimination-round heat today as Australians Nikki van Dijk and Mia McCarthy advanced to the round of 16.

In the other women's heat, Isabella Nichols and Bronte Macaulay of Australia progressed as Costa Rica’s Brisa Hennessy was eliminated.

Nichols produced one of the most commanding performances of the day as she finished with a two-wave score of 13.33.

Griffin Colapinto's backhand earns him a spot into the Round of 32.
Next Call: Wednesday, May 18th at 7:15 am AWST@ripcurl @corona @westaustralia pic.twitter.com/Uhhgn2SPCV

Macaulay, surfing after the recent tragic death of her brother, booked another meeting with Nichols in the round of 16 after scoring 13.10.

Griffin Colapinto, sixth in the men's standings, was another in-form surfer that found themselves in the elimination round.

But the American bounced back with a strong showing on one of the best waves of the round to score a seven-pointer.

It propelled him to victory as he finished on 12.50, while Australian Jack Freestone progressed to the round of 32 after scoring 11.16.