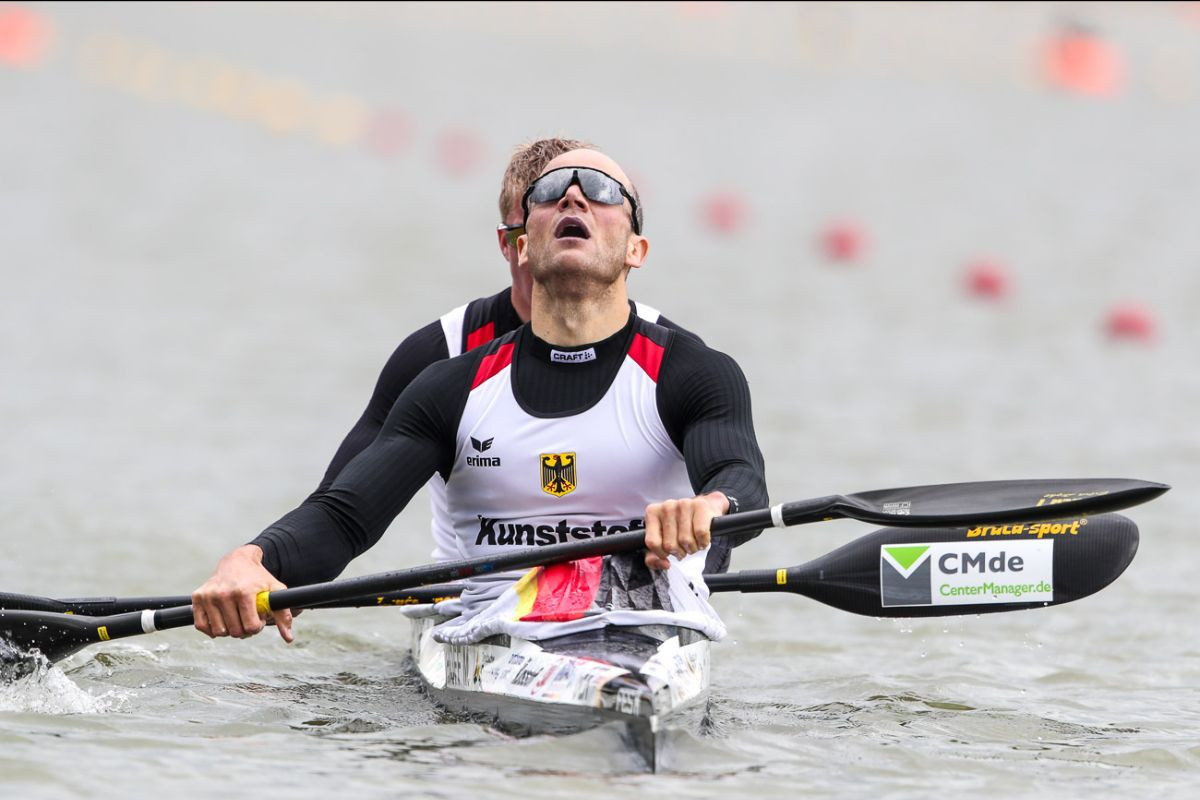 Germany dominated the final day of the International Canoe Federation (ICF) Canoe Sprint World Cup in Szeged in Hungary, with 38-year-old Max Hoff shedding tears of joy after qualifying for a fourth Olympics.

Hoff and Jacob Schopf were racing against team mates Jakob Kurschat and Jakob Thordsen in the men’s K2 1,000 metres final for the right to represent their country at Tokyo 2020.

After trailing for most of the race, Hoff and Schopf took control in the final 100m.

Hoff said the win was an enormous relief, after a year when he heard people saying he was too old to go to another Olympics.

"I can’t describe how I feel, I have had so much pressure this year," he told the ICF website.

"It didn’t work out very well until now.

"It was such a hard race.

"I’m so happy to make it to Tokyo.

"Inside it has really been a challenge for me, I’m so happy to join with my girlfriend, who has qualified in rowing.

"I’m so thankful for everyone who has helped me out."

Germany was among the nations using the event as Olympic trials.

Germany’s three-time gold medallist Sebastian Brendel also secured a passage to the Games, which will be his third Olympics.

Some had written Brendel off after he experienced a difficult 2019 season, but the 33-year-old teamed up with Tim Hecker and in their first international race won C2 1,000m final, also confirming their Tokyo selection.

"There are some hard weeks to go.

"This will be very different.

"I’m happy I made two normal Olympics, but for us it was very important that these Games happened.

"We had an extra year, and it has worked well for us."

Germany also won the women’s K4 500m but suffered a rare defeat in the men’s K4 500m, losing to the powerful Spanish crew.

The make-up of the German women’s K4 500m quartet for Tokyo is still to be decided, but Sunday’s crew of Sabrina Hering-Pradler, Melanie Gebhardt, Jule Marie Hake and Tina Dietze submitted a solid performance.

"The whole team is very strong at the moment, but hopefully you will see us in Tokyo," Hake said.

"I think we have a very good combination, it’s very calm and we are motivating each other."

The battle between Spain and Germany in the men’s K4 500m has been intense since Rio 2016, and today it was the Spanish crew of Saul Craviotto, Marcus Walz, Carlos Arevalo and Rodrigo Germade who took the win.

"We’re so happy to start our competitions again after a year without competing," Walz said.

Serbia’s Milica Novakovic was another paddler who earned team selection for Tokyo in Szeged, and said it took a lot of pressure of her in the women’s K1 500 final.

"This is what we are living for, I felt no pressure because once I got into the final I knew I was going to Tokyo for Serbia, so I just wanted to race for my soul," Novakovic said

"Before the race I told myself this would be practice for Tokyo, and to do my best and enjoy it.

"I certainly hope I will be in a fight for the medals at the Olympics."

Novakovic took gold in that final, while Ukraine's Liudmyla Luzan and Anastasiia Chetverikovawere victorious in the women’s C2 500m.

"This was a very hard race for us, but we are ready to go to Tokyo and win," Chetverikova said.

The second ICF Canoe Sprint World Cup and final Tokyo 2020 Olympic qualifiers will be held in Barnaul in Russia, starting on Thursday (May 20).