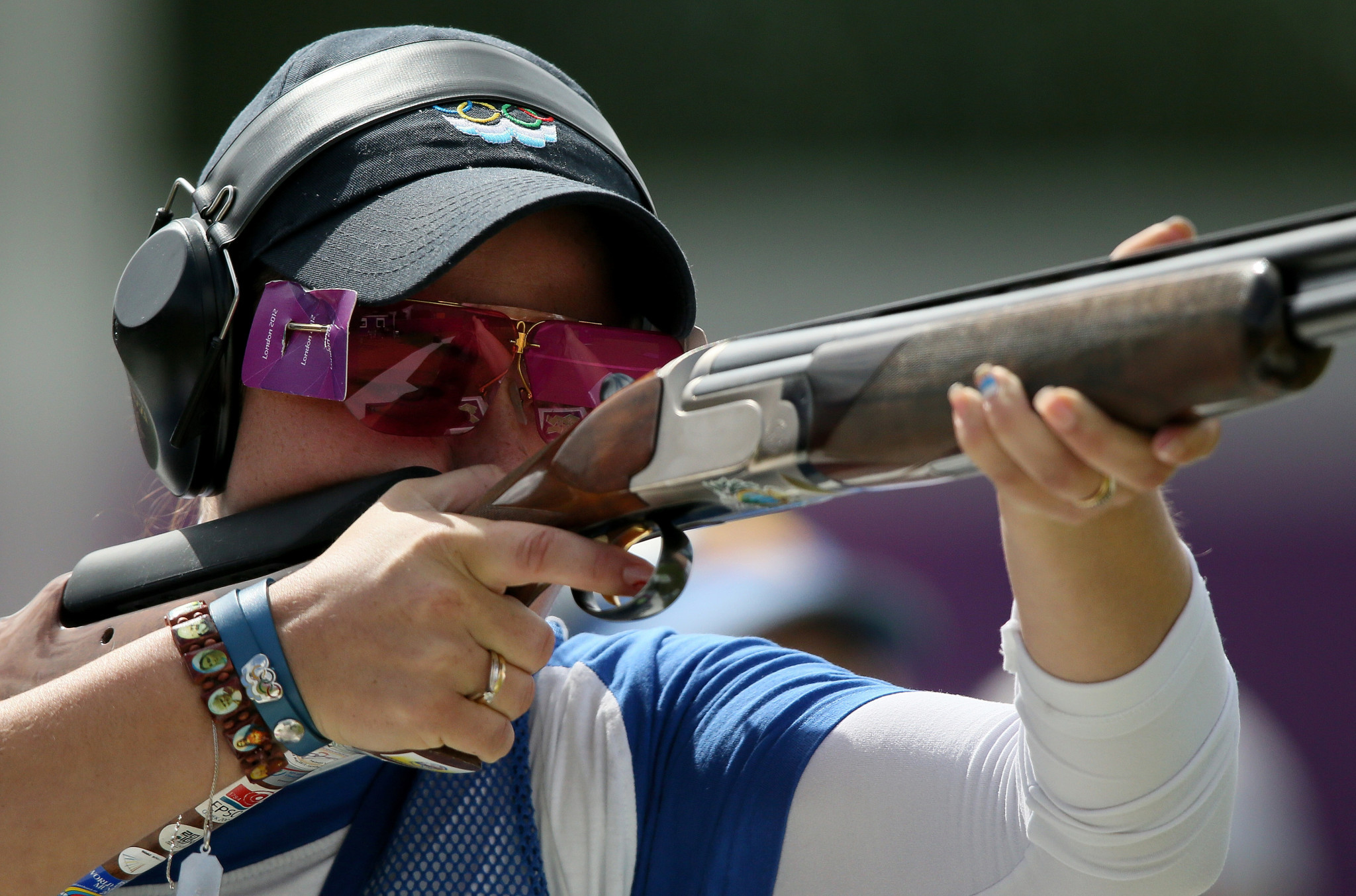 Perilli topped women's trap qualification after five rounds - four clear of her closest challenger with a total of 122.

The United States' Madelynn Ann Bernau finished second on 118 and Spain's Fatima Galvez secured third in a qualification shoot-off with Zuzana Rehak Stefecekova of Slovakia with both scoring 117.

Ellie Seward of Britain was fifth with 116, while Russia's Ekaterina Subbotina claimed the sixth and final place in a four-way shoot-off with Guatemala's Adriana Ruano Oliva, Finland's Mopsi Veromaa and Italy's Jessica Rossi.

In the final, Perilli won the gold in a shoot-off with Bernau, after the American squandered what looked like a win by missing three of her last five targets.

With both locked at 42 points, Perilli won the gold while Bernau ended the day with a tinge of disappointment.

Galvez claimed the bronze medal following a shoot-off with Rehak Stefecekova before falling short of the top two.

Gennadii Mamkin of Russia finished second in a shoot-off with the US' Brian Burrows after both scored 122.

Alrashidi of Kuwait took fourth with 121, and France's Antonin Desert took the fifth spot in a colossal nine-person shoot-off and was joined on that total by Egypt's Abdel Aziz Mehelba.

Alrashadi then missed just four of 50 targets in the final to score 46 - holding off Mamkin by one point, who was level until he missed his penultimate target.

Mehelba claimed bronze safely ahead of Cernogoraz, but narrowly missed the top two in a shoot-off.