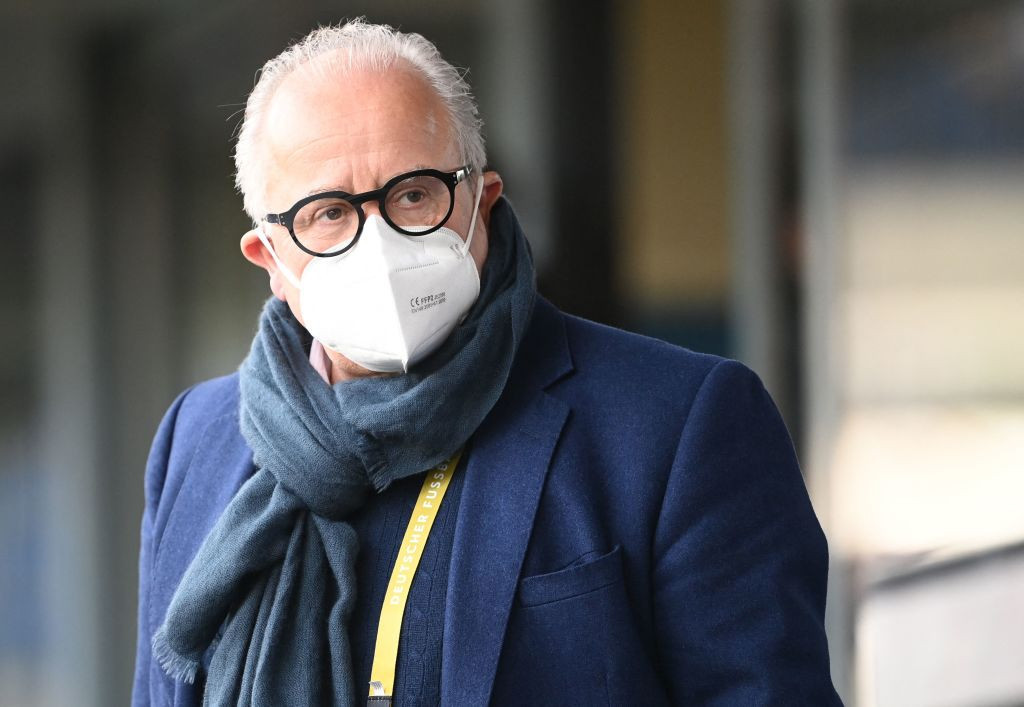 The DFB confirmed in a statement that Keller had "declared his principal readiness to step down from his position as President after the end of the process at the DFB Sports Court on Monday (May 17)".

The heads of the country’s regional and state Football Associations had urged Keller to quit in response to his "completely unacceptable" remark made at a Board meeting.

A secret ballot was held at an Extraordinary Meeting last week, where a vote of no-confidence in Keller’s leadership was tabled.

He was also President of the People's Court, where he issued around 2,600 death sentences to opponents of the Nazi regime.

The DFB said Koch and fellow first vice-president Peter Peters would lead the organisation once Keller has officially resigned and until the next DFB general meeting in early 2022.

Koch will not stand for re-election for his position during that meeting, the DFB added.

At an extraordinary meeting of the DFB presidential board on 11 May 2021, the association decided on action regarding the ongoing leadership crisis and set the course for a restructuring of the DFB ➡️ https://t.co/Fq1Q3JIDov pic.twitter.com/lWYpmze4ac

The scandal marks the latest crisis to have engulfed the DFB in recent years.

Keller replaced Reinhard Grindel as head of the organisation in September 2019.

Grindel, who was also vice-president at UEFA and a member of the ruling FIFA Council, stepped down amid allegations of undeclared earnings and the acceptance of a watch as a gift.

The six former or current executives were accused of committing tax evasion worth €7.4 million (£6.7 million/$8.7 million).

At the time of the raid, senior public prosecutor Nadja Niesen said the DFB was suspected of "knowingly" falsely classifying revenue to reduce the amount of tax it pays.

The officials, along with ex-FIFA general secretary Urs Linsi, were charged with fraud in relation to a CHF10 million (£7.8 million/$11 million/€9.1 million) payment.

Those involved in the trial escaped any verdict after the statute of limitations passed.