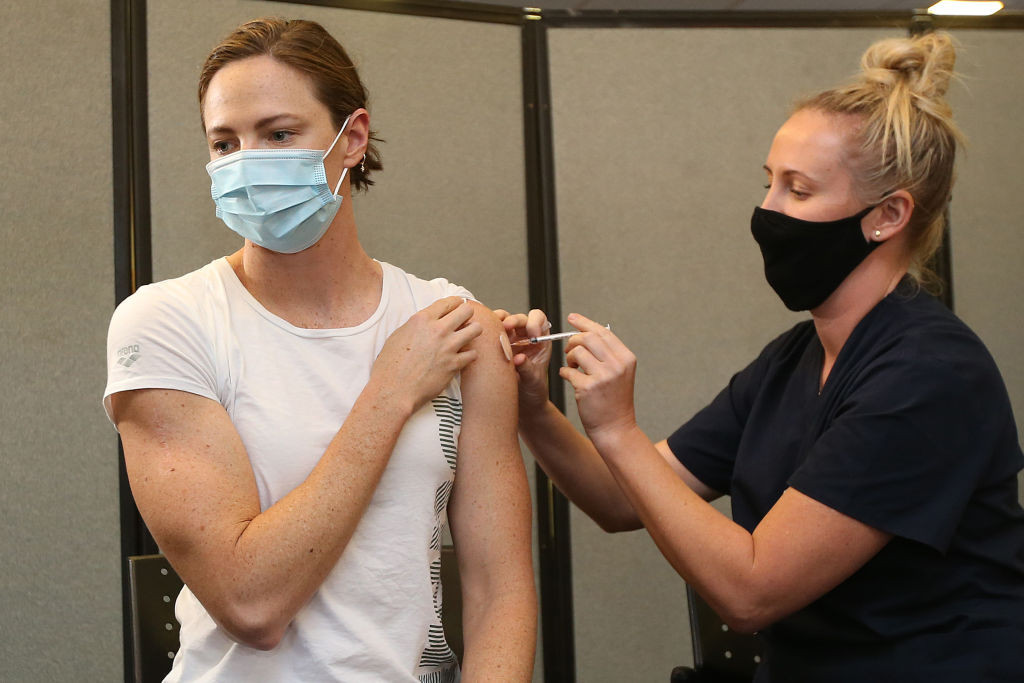 Australia has begun vaccinating its athletes against COVID-19 ahead of Tokyo 2020, with two-time Olympic swimming gold medallist Cate Campbell being the first to receive a Pfizer jab.

While the vaccine isn’t compulsory for Australia’s Olympic and Paralympic contingent - set to total more than 2,000 including officials - Australian Olympic Committee (AOC) chief executive Matt Carroll said it "provides comfort" for Olympians given the COVID-19 concerns in Japan, per an Agence France-Presse report.

Carroll also rejected claims that athletes are being pushed to the front of the queue.

"We’re not queue-jumping," he said.

"No one [in the public] is missing out, we’re running the vaccination process and we’re not putting the load on the public system whatsoever."

Australia's Federal Government announced last month that Tokyo 2020-bound athletes and officials would be given priority access to a coronavrius inoculation.

"We want to see our athletes head to Tokyo to compete and then return to Australia safely," Health Minister Greg Hunt said when announcing the scheme, which the AOC welcomed.

Under the Australian Government's plan to administer the vaccine, most athletes would not have been able to receive it until at least the second half of 2021

Campbell, 28, who has two Olympic golds from her three previous Games, was confident most, if not all, Olympians would have the jabs.

"As far as I know everyone is putting up their hand and saying 'yes please and thank you'," she said.

"The majority of competitors from first-world countries will have had the vaccine as well, so we definitely want to even the playing fields as much we can with Brits and the Americans.

"No-one can guarantee anything.

"We’ve learnt that so much in the past year and a half, that this virus can change and mutate, and it’s up to us to play catch-up, by getting the vaccine, we’re getting on the front foot, which is really great."

Campbell admitted she panicked last week when realising time was running out to get the first of two Pfizer jabs.

"When I saw the announcement came out, I was like 'I need to get the vaccine in about a week' and it was almost a week to the day since I had that thought and here I am [after] my first vaccination," Campbell added.

"I’m really glad that we can get it far enough away from the Olympics so that if there are any adverse side effects, we’ll be well and truly over them by the time it comes around to Olympic trials [next month].

"We are going into a pretty unknown situation over in Tokyo, so to have this little Band-Aid is a huge weight off everyone’s shoulders."

Campbell added that "we are incredibly privileged in Australia to exist in a society where COVID doesn’t impact us on a daily basis".