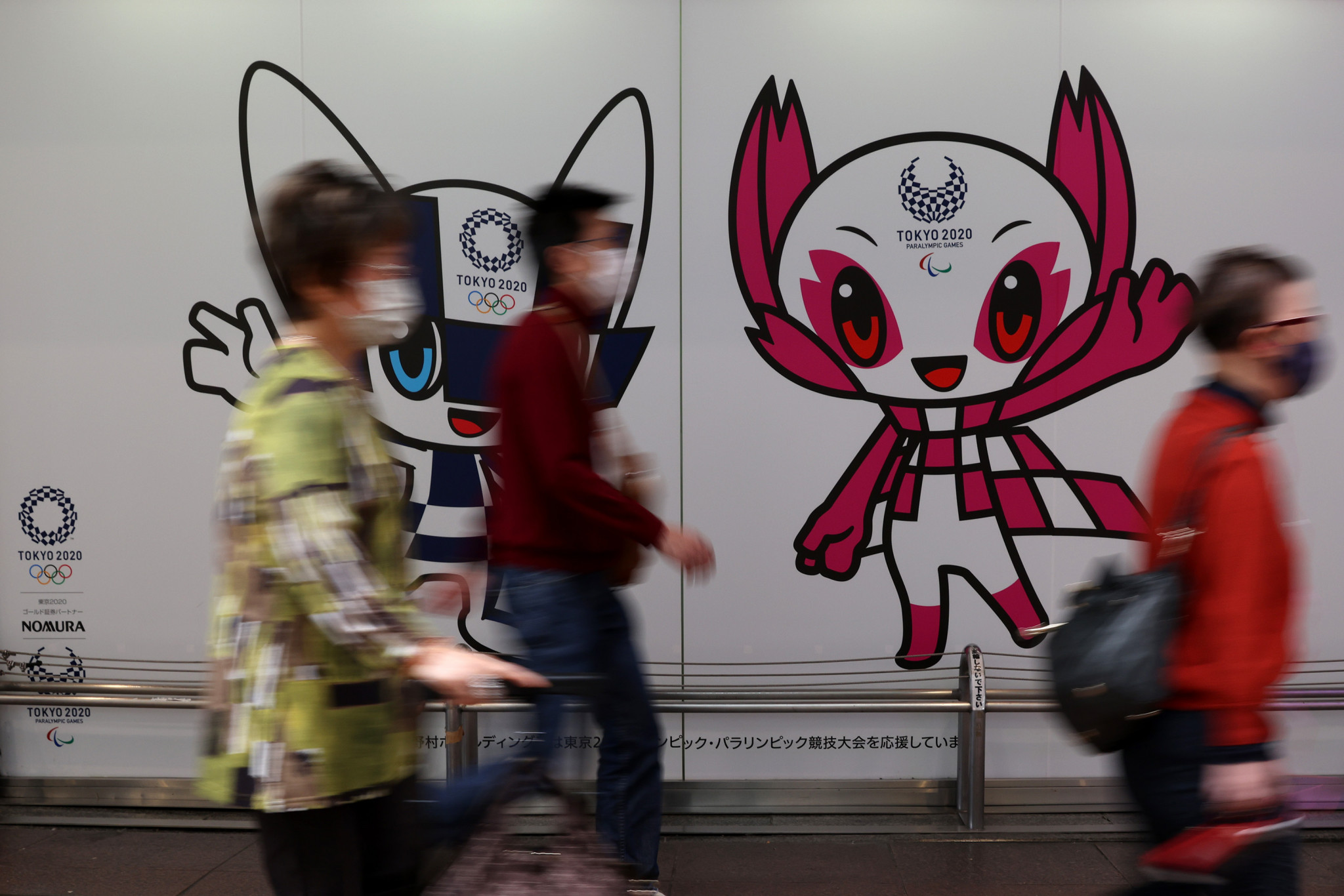 A new poll has showed that nearly 60 per cent of people in Japan want the rearranged Olympic and Paralympic Games in Tokyo to be cancelled as there appears little sign of the public getting behind the event with less than three months until it starts.

Japan has extended a state of emergency in Tokyo until the end of May and is struggling to contain a surge in COVID-19 cases, raising further questions about whether the Games should go on.

The survey, conducted between May 7 and 9 by Japanese newspaper Yomiuri Shimbun, showed 59 per cent wanted the Games cancelled as opposed to 39 per cent who said they should be held.

"Postponement" - an option ruled out by the International Olympic Committee (IOC) and Japanese Government - was not offered as a choice.

Of those who said the Olympics should go ahead, 23 per cent said they should take place without spectators.

Foreign spectators have been banned but a final decision on domestic attendance is due to be made next month.

A visit to Japan by the IOC President, Thomas Bach, originally expected to take place next week, has been postponed and is being rearranged for June, Fuji News Network reported today.

The decision to postpone Bach's visit followed another poll conducted at the weekend by TBS News which found 65 per cent wanted the Games cancelled or postponed again, with 37 per cent voting to scrap the event altogether and 28 per cent calling for another delay.

A similar poll last month conducted by the Kyodo news agency found 70 per cent wanted the Olympics cancelled or postponed.

In addition, a petition launched last week calling for Tokyo 2020 to be cancelled has been signed by nearly 320,000 people.

John Coates, the IOC's vice-president who is chairman of the organisation's Coordination Commission for Tokyo 2020, claimed on Saturday (May 8) that while Japanese sentiment about the Games "was a concern", he could foresee no scenario under which the event, due to open on July 23, would not go ahead.

But today, Japan's Prime Minister, Yoshihide Suga, said the IOC would have the final say, insisting his Government had not prioritised the Games over public health.

Asked in a Parliamentary Committee meeting whether the Games will continue even if COVID-19 infections spike, Suga replied: "I've never put the Olympics first.

"My priority has been to protect the lives and health of the Japanese population.

"We must first prevent the spread of the virus."

Suga has repeatedly vowed to go ahead with the Olympics despite the spike in COVID-19 cases, but the TBS survey found his support rate at 40 per cent, close to record lows marked earlier this year.

In the four Prefectures under a state of emergency - Tokyo, Osaka, Kyoto and Hyogo - and the two Prefectures that will implement emergency measures from May 12 - Aichi and Fukuoka - an average of 64 per cent of people favoured cancellation.

The average was 57 per cent in the 41 other Prefectures.

In Tokyo itself, 61 per cent of respondents called for the Games to be cancelled, highlighting the impact of the coronavirus crisis in the capital.

Adding to the growing pressure on the Government, tennis star Naomi Osaka admitted that, even though she has waited her whole life to take part in the Olympics, the risks of holding Tokyo 2020 needed to be carefully analysed.

"Of course, I would say I want the Olympics to happen, because I'm an athlete and that's sort of what I've been waiting for my entire life," Osaka, one of Japan's main hopes for a gold medal at Tokyo 2020, said at the Italian Open in Rome.

"But I think that there's so much important stuff going on, and especially the past year.

"I think a lot of unexpected things have happened and if it's putting people at risk, and if it's making people very uncomfortable, then it definitely should be a discussion, which I think it is as of right now.

"I feel like whatever makes everyone more comfortable and more safe.

"There's going to be a lot of people entering the country, so they definitely have to make the right decisions on that.

"At the end of the day you can't force anyone to be vaccinated.

"If you're going into the Olympics and whatever, make the host country happy."

Japanese media had reported that Bach would take part in a Torch Relay event in Hiroshima on May 17, but Tokyo 2020 organisers said the visit had not been confirmed.

A prerequisite for his visit would be the lifting of Japan's targeted states of emergency, Fuji News Network claimed.

Japan has recorded more than 600,000 coronavirus cases and more than 10,500 deaths - the highest in East Asia.

On Saturday, it reported more than 7,000 infections - the highest since January.

In addition, only about two per cent of Japan's 126 million people have received at least one vaccine dose since its rollout began in mid-February, while hospitals are struggling to secure beds for newly diagnosed people.