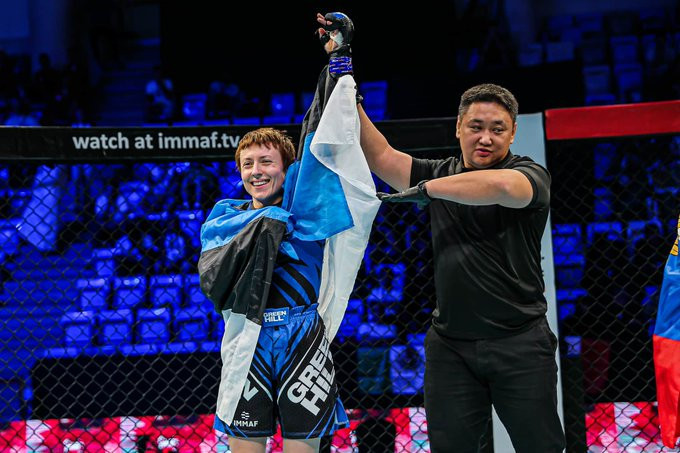 The Estonian Mixed Martial Arts Federation (EMMAF) has been accepted as a member of the Estonian Olympic Committee (EOC), with mixed martial arts (MMA) being recognised as a sport in Estonia.

EMMAF Board member Ott Tõnissaar expressed his delight after more than a decade of aiming for national recognition.

"I am pleased to say, that after more than 15 years of work we can say that we are here to stay, as the EMMAF yesterday became a fully-fledged member of the EOC," said Tõnissaar.

"This means that MMA is now a Government recognised sport in Estonia and the EMMAF is its sole, national representative.

"The final sprint started 55 days ago when the Government decided on new COVID-19 restrictions which landed really hard on Estonian MMA athletes.

"Only national teams of Government recognised sports were allowed to continue training.

"Although MMA did not have Government recognition, the EMMAF had been functioning as a de-facto national sports federation for some time.

"COVID-19 training restrictions on national team MMA athletes have not yet been lifted by the Estonian Ministry of Culture, but we are hoping for it to happen any day now," added Tõnissaar.

"I would like to thank the community of Estonian mixed martial arts - especially all the local sports clubs, coaches, enthusiasts, athletes, practitioners, sponsors and many other people who have been developing and growing our sport at a grassroots level.

"I would also like to thank IMMAF for building the framework for our sport to grow and for organising international level, championship events that are the soul of our sport."