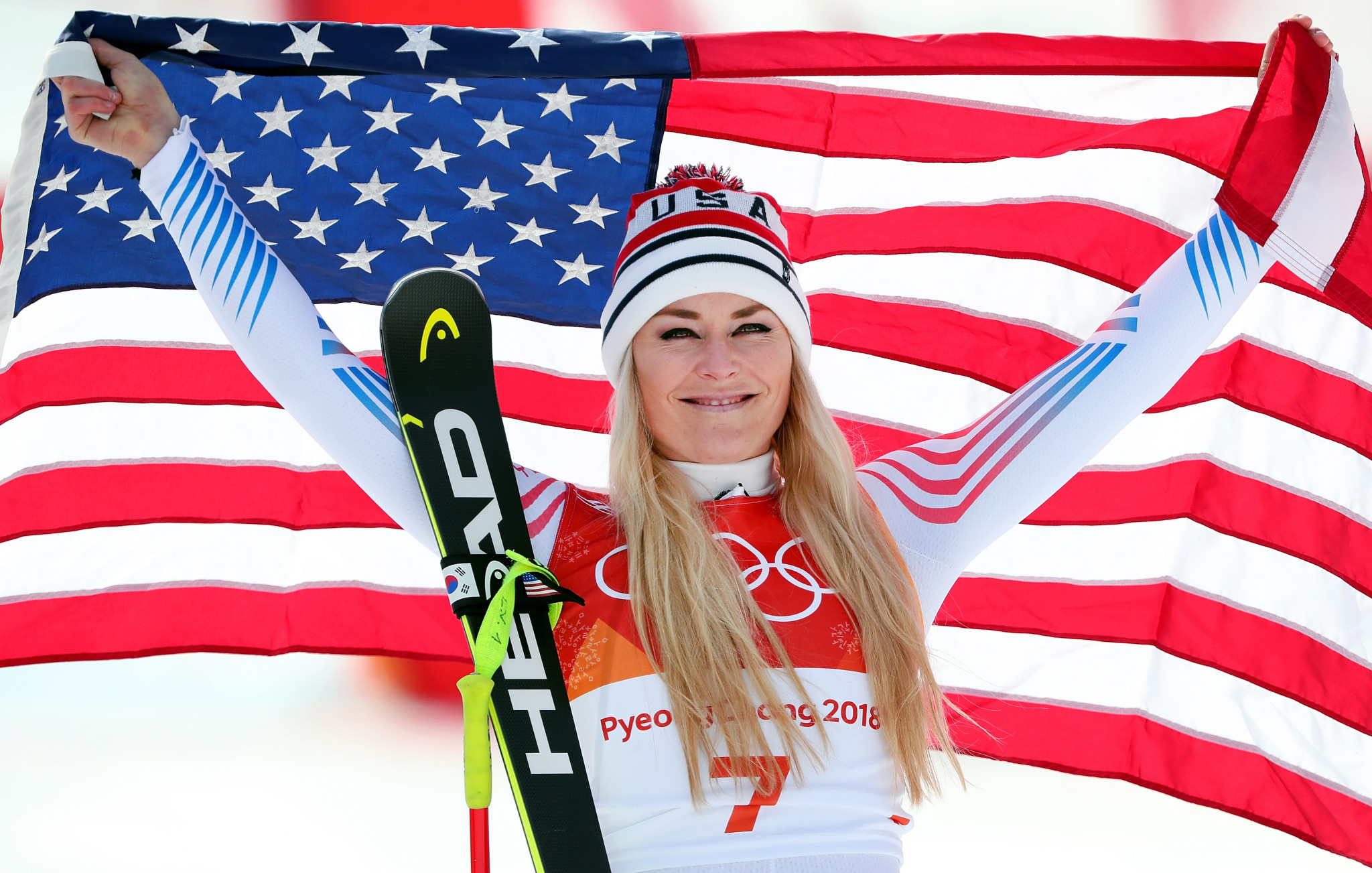 Vonn, who retired in 2019 having won three Olympic medals and two world titles, said that while the podium was a "sacred place" and should be free of demonstrations, officials had to ensure athletes' voices were still heard.

China's record on human rights, in particular its treatment of Uyghur Muslims and a harsh crackdown on pro-democracy demonstrations in Hong Kong, is threatening to dominate he build-up to the Games, and some athletes have expressed concerns with the country staging the event.

"I think while there have been historical moments in the past, it is important to respect the other two people on the podium and that should be a sacred place where protests shouldn't be held," Vonn said, speaking to the Press Association news agency.

"But there are other places within the Olympics to be able to state your opinion, and I think the Olympics in Beijing is just another example.

"There are people who want to boycott and stand up for something, and that brings attention to social issues that I think are important.

"I have respect for anyone that is willing to go out on a limb and say how they feel to the world - that takes some gonads."

Last month, the IOC Athletes' Commission recommended maintaining the ban on podium protests at the Olympic Games, but called for a "restructuring" of Rule 50 - which prohibits them - and greater clarity on sanctions for breaches.

The United States Olympic and Paralympic Committee has already said it will not sanction athletes for demonstrating at the Olympics and Paralympics, and is in favour of reforming Rule 50.

American athletes have been told they may stage demonstrations for racial and social justice causes at ongoing Olympic trials.

Two-time Olympic Alpine skiing champion Mikaela Shiffrin, also of the US, said in March that athletes should not be forced to choose between morals and their job.

Shiffrin claimed that the IOC should take further care in awarding the Games to nations with poor records on human rights.

"The Olympics is big, and it's something that you shoot for, and you don't want to miss it," Shiffrin said to CNN Sport.

"And you certainly don't want to be put in the position of having to choose between human rights like morality versus being able to do your job, which on the other hand can bring light to some issues or can actually bring hope to the world at a very difficult time."

The Beijing 2022 Winter Olympics are scheduled to take place from February 4 to 20 in 2022, less than six months after the Tokyo 2020 Summer Games conclude.