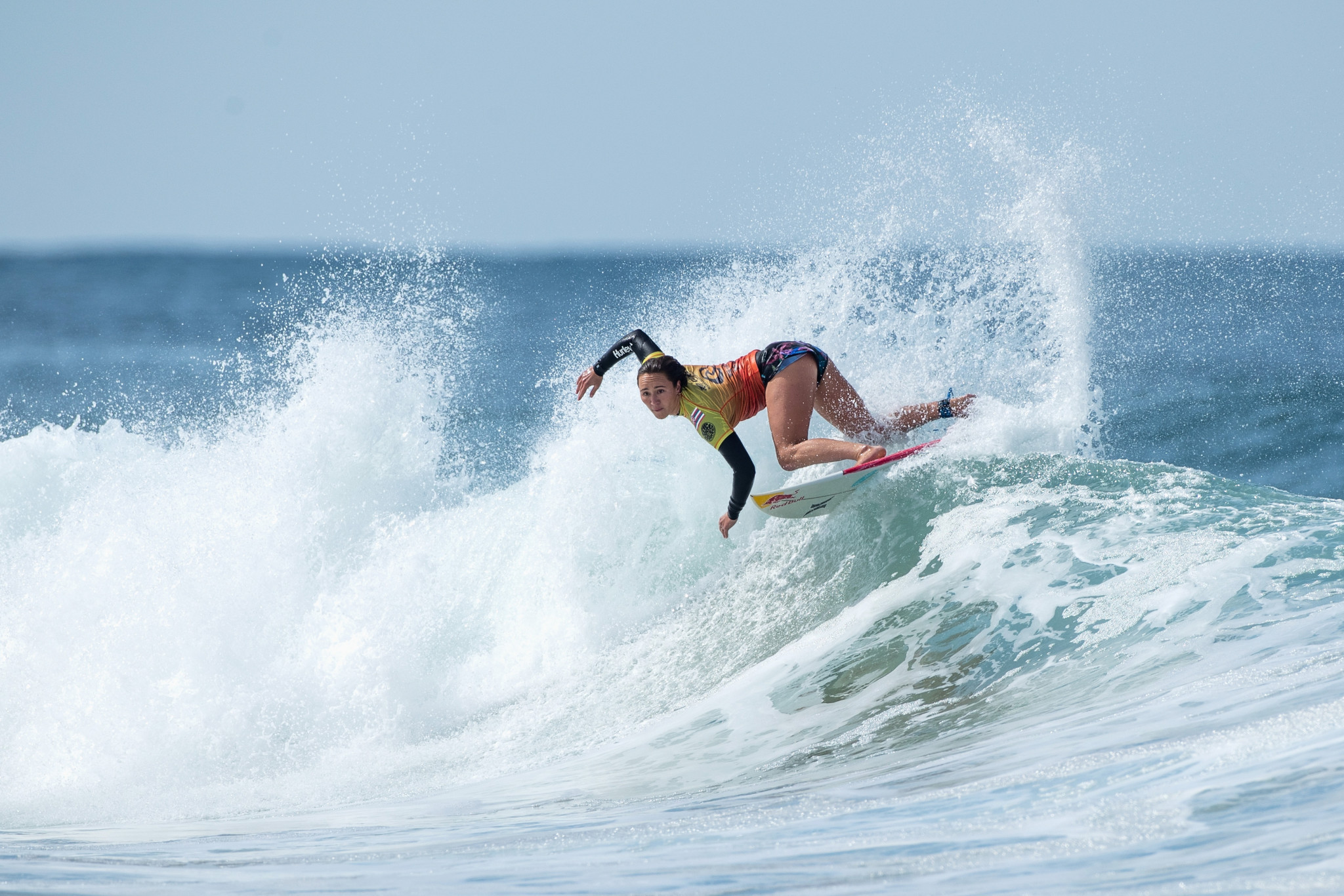 Carissa Moore of the United States advanced to the quarter-finals of the World Surf League (WSL) Championship Tour leg after a tightly contested heat in Margaret River.

Moore, the reigning WSL champion from 2019, faced Australia’s Macy Callaghan in the last 16 of the competition.

The American surfer established a strong lead in the early part of the heat, with Callaghan impressing late on as she attempted to close the gap in the scores.

Her reward is a quarter-final against Isabella Nichols, who won an all-Australian contest against Keely Andew by 12.83 to 12.63.

Gilmore faces compatriot Sally Fitzgibbons in the last eight after she overcame American Malia Manuel by 13.33 to 12.57.

Caroline Marks bowed out of the competition after the American was beaten 15.43 to 14.00 by Australia’s Bronte Macaulay.

France’s Johanne Defay will be Macaulay’s next opponent after she scored 10.83 in her heat to defeat Japan’s Amuro Tsuzuki, who finished with 5.87.

Reigning men's champion Ítalo Ferreira advanced to the last 16 in the men’s competition after securing a victory against Australia’s Adrian Buchan.

American star John John Florence negotiated his round of 32 heat by beating Italy’s Leonardo Firoavanti by 16.04 to 11.00.