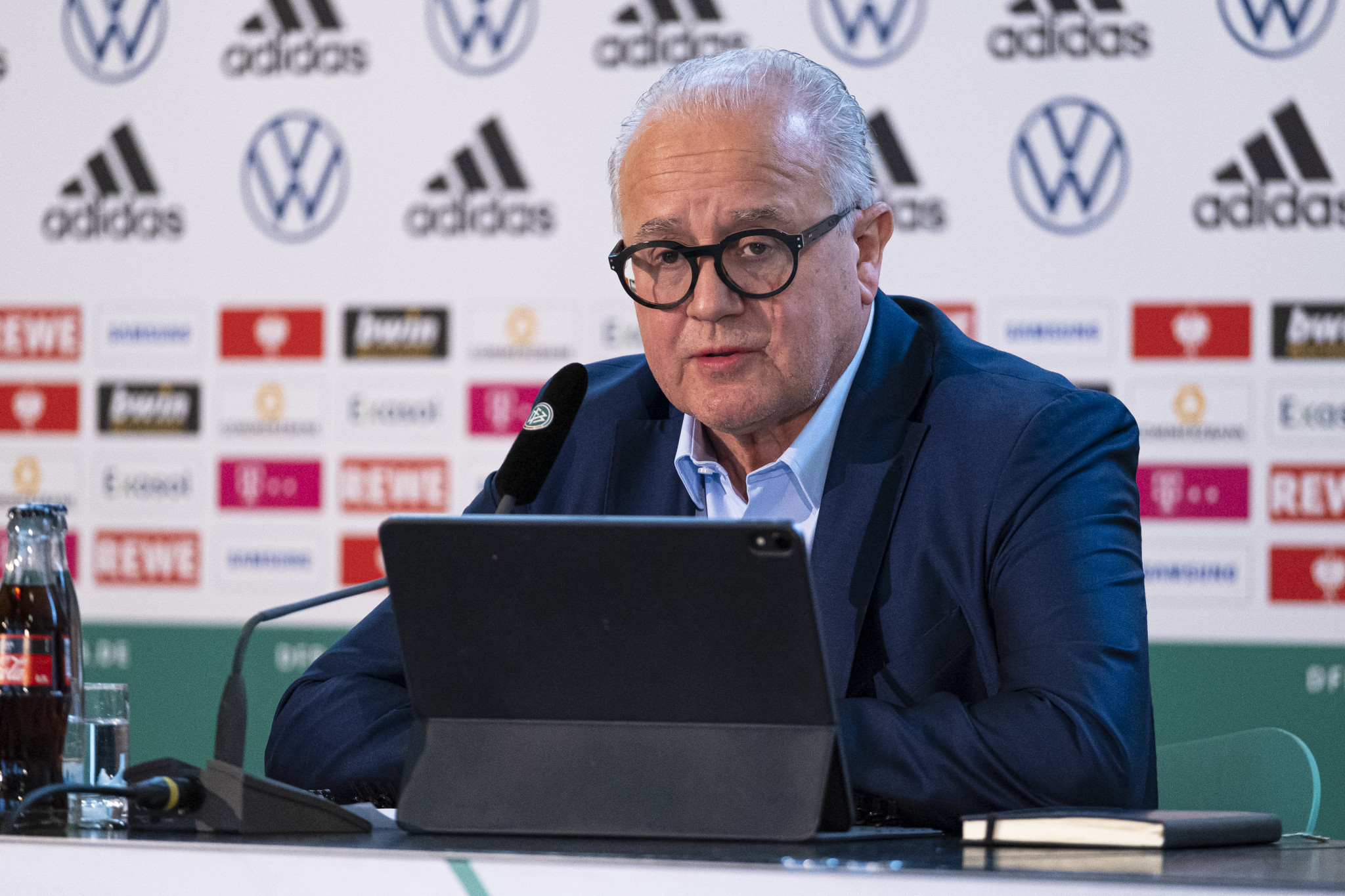 The DFB confirmed the heads of the country’s regional and state football associations have urged Keller to quit in response to his "completely unacceptable" remark made at a Board meeting.

A secret ballot was held at an Extraordinary Meeting yesterday where a vote of no-confidence in Keller’s leadership was tabled.

A total of 26 associations voted in favour of the motion, with nine against and two abstentions.

"The conference of Presidents of the regional and state associations disapproves of the comparison made by DFB President Fritz Keller between first vice-president Rainer Koch and Nazi judge Roland Freisler," a statement from the DFB read.

"Such a statement is completely unacceptable and makes us stunned.

"The regional and state associations of the DFB stand for a democratic, tolerant and diverse society.

"The statement of the President is incompatible with the principles and values of the associations."

Before the meeting, Keller conceded that he made a "grave mistake" after making the comment about Koch at a recent DFB meeting, but refused to step down.

"I assumed that the apology I made to him in writing and on the telephone would be accepted immediately," said Keller.

"This assumption was wrong, based on his written answer to me yesterday.

"I rule out resigning."

Keller replaced Reinhard Grindel as head of the organisation in September 2019.

Grindel, who was also vice-president at UEFA and a member of the ruling FIFA Council, stepped down amid allegations of undeclared earnings and the acceptance of a watch as a gift.

The six former or current executives were accused of committing tax evasion worth €7.4 million (£6.7 million/$8.7 million).

At the time of the raid, senior public prosecutor Nadja Niesen said the DFB was suspected of "knowingly" falsely classifying revenue to reduce the amount of tax it pays.

The officials, along with ex-FIFA general secretary Urs Linsi, were charged with fraud in relation to a CFH10 million (£8.3 million/$10.3 million/€9.5 million) payment.

Those involved in the trial escaped any verdict after the statute of limitations passed.