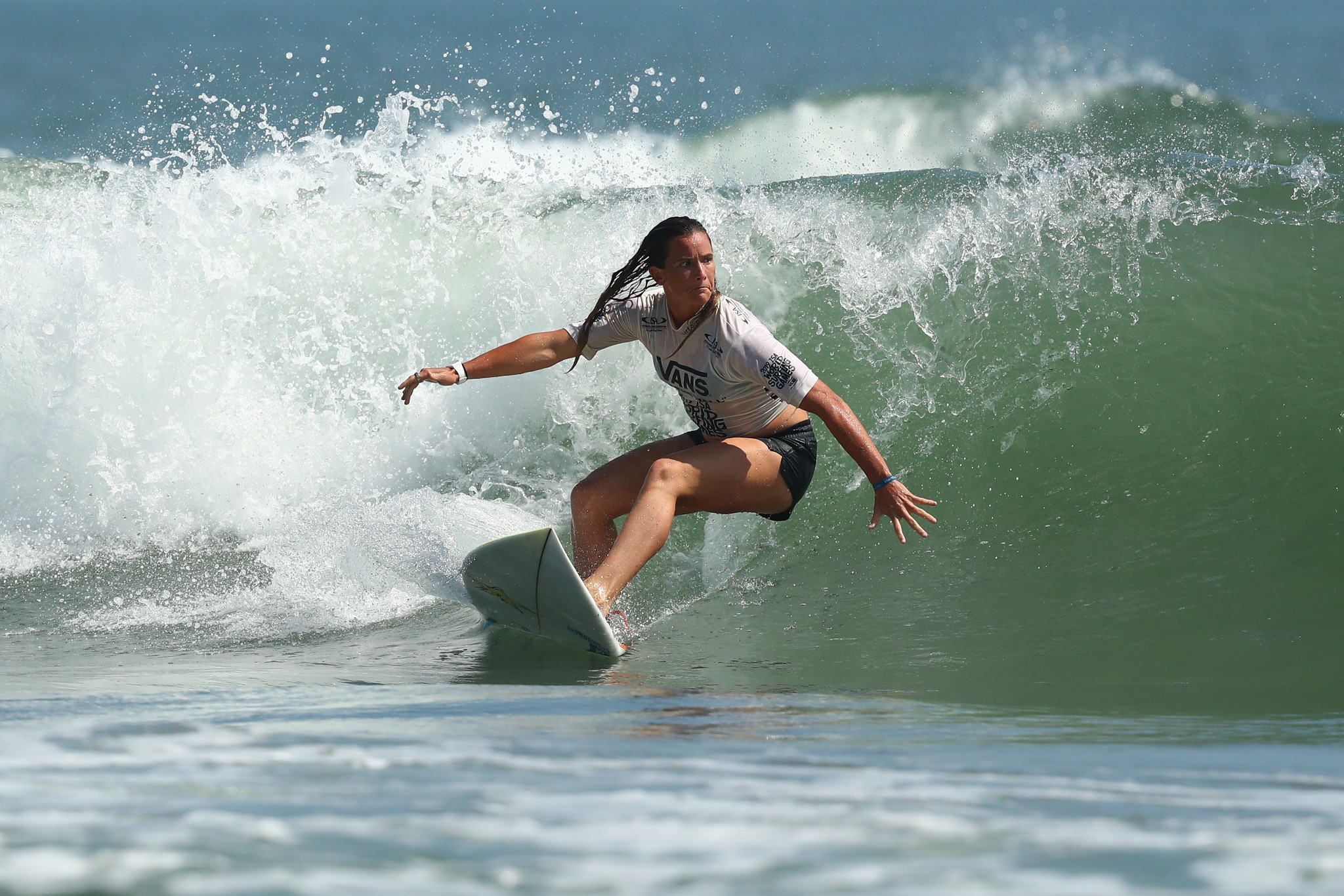 The American surfer was expected to benefit from the large waves in Western Australia, given her expertise in power surfing.

Conlogue had shown her ability to good effect during an elimination-round heat against Sage Erickson and Keely Andrew, with the three surfers competing for two round-of-16 places.

A score of 7.27 proved the highest of the heat, but Conlogue was unable to find waves to build her total score.

Fellow American Erickson scored consistently throughout the heat to top the standings on 12.50 overall, with Australia’s Andrew taking the second qualifying spot on 11.97.

A score of 11.44 was not enough for Conlogue to advance to the latter stages of the event.

The second elimination-round heat saw the Malia Manuel qualify for the round of 16, after the American scored 11.57.

Australia’s Stephanie Gilmore finished second on 10.77 to advance, with her compatriot Willow Hardy missing out on the last 16 on 5.74.

The Men's Round of 32 is off to a hot start! @johnjohnflorenc
Watch the Boost Mobile Margaret River Pro live on https://t.co/ie0ZfNdmHw.@boostaus @corona @westaustralia pic.twitter.com/1deysTf4pt

The round of 16 will see Carissa Moore, the reigning WSL champion from 2019, face Australia’s Macy Callaghan.

Her fellow American Caroline Marks will face Australia’s Bronte MacAulay on the other side of the draw as she seeks to close the gap in the overall WSL standings.

The United States' John John Florence triumphed in the men's round of 32, as he overcame Italy’s Leonardo Fioravanti.

Reigning men's champion Ítalo Ferreira scored 15.57 to win his heat, with the Brazilian overcoming the challenge of Australia’s Adrian Buchan, who finished on 10.50.

The competition will resume tomorrow if conditions allow.