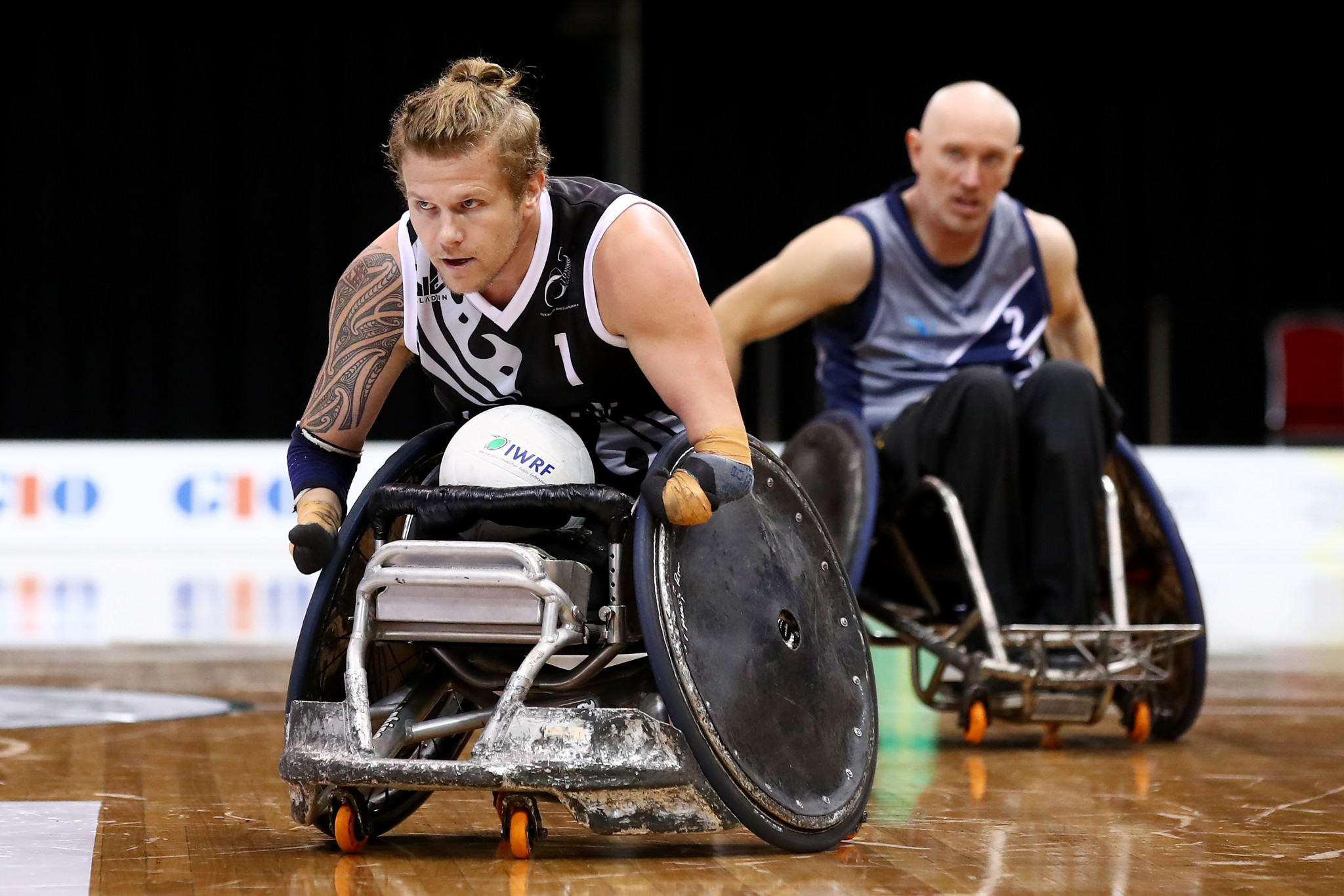 Cameron Leslie is set to become the first New Zealander in 33 years to compete in more than one sport at a Paralympic Games after being named in both the swimming and wheelchair rugby squads for Tokyo 2020.

Leslie, who has a quadruple limb deficiency, is poised to participate at his fourth successive Games after claiming swimming golds at Beijing 2008, London 2012 and Rio 2016.

As well as looking to add to his medal haul in swimming, the 31-year-old will be aiming to steer New Zealand to glory in wheelchair rugby after being selected in the eight-man squad.

Janette Cordery was the last athlete from New Zealand to compete in two sports at a Paralympics when she balanced athletics and swimming events at Seoul 1988.

"It is a huge honour to be selected to represent New Zealand in both Para swimming and wheelchair rugby," said Leslie.

"It is something I have aimed for over several campaigns but never been fortunate enough to realise this goal.

"It'll be awesome to see the Kiwi public celebrate wheelchair rugby at the Paralympic Games once again.

"We know Kiwis love their rugby."

The announcement was made at the conclusion of the team’s recent training camp and marks the second group of Para athletes to be picked for Tokyo 2020 by Paralympics New Zealand (PNZ).

"It is going to be an incredible experience in Tokyo with many of us making our Paralympic debut together as part of the Wheel Blacks," said Barton-Cootes.

"We have an amazing whanau culture, and we will be drawing on that as we take on the best Wheelchair rugby teams in the world.

"We are looking forward to making our friends and whanau back in New Zealand proud of us while representing the silver fern."

The addition of the wheelchair rugby team increases New Zealand’s Paralympic team to 13 athletes, with selections pending for another six sports over the coming months.

"The eight Para athletes who make up our wheelchair rugby team - the Wheel Blacks - have satisfied PNZ selectors that they have met the selection criteria for Tokyo 2020 Paralympics through previous performances and their ongoing commitment to training here in New Zealand.

"The Wheel Blacks that will include seven Paralympians making their Paralympic debut in Tokyo will be looking to continue the legacy of committed and competitive New Zealand’s wheelchair rugby teams, and through their performances both on and off the court drive social change."