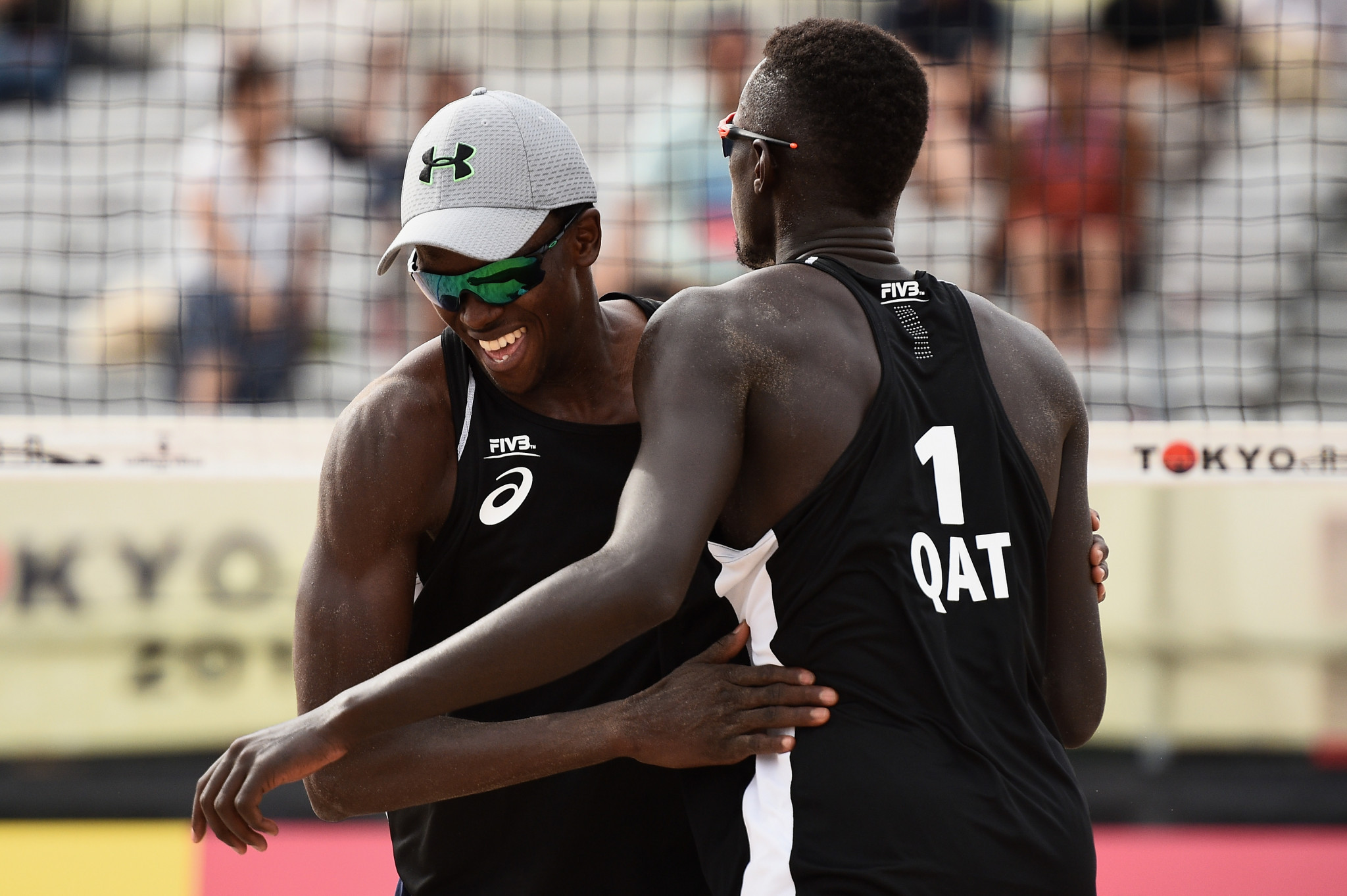 Cherif Younousse Samba and Ahmed Tijan made it third time lucky in Cancun as they secured the men’s title at the International Volleyball Federation Beach Volleyball World Tour event.

Samba, who was racially abused by a staff member at the hotel where players are staying, and Tijan won the third and final four-star tournament as part of the Cancun hub with a 21-15, 21-12 victory over Russians Konstantin Semenov and Ilya Leshukov.

"It’s great that we finally managed to reach our goal, but we weren’t rushing anything," said Samba.

"We trust the process and we know it’s a long-term process.

"We just remained patient and tried to play better than the tournaments before, we weren’t even thinking about the gold, but we are really thankful that we won it.

"We are physically and mentally exhausted now, but we kept our focus as strong as we could and that made the difference."

It was their first victory together in a four-star event and just their second as a team following their triumph in a one-star tournament in Qatari capital Doha in February.

Samba and Tijan have won more medals than any other men’s team in 2021, with two golds and two silvers in five events.

"It’s a historical moment for us," added Samba.

"It’s the first gold for us in a four-star event and it feels amazing.

"To make it to three finals in three weeks and to get the gold at the end, it’s unbelievable.

"We just kept fighting, that's what we did."

In the women’s event, Taliqua Clancy and Mariafe Artacho del Solar denied Brazil the opportunity of winning all three tournaments in Cancun as the Australians topped the final podium.

"It always comes down to our side of the net and our good teamwork," said Clancy.

"We did a great job in coming back, taking a moment and just committing to our game.

"I’m so proud of Mariafe for the great fight she put up with me at the end."

The bronze medal match in Cancun was a rematch of the 2019 World Championship final between April Ross and Alix Klineman of the United States and Canada’s Sarah Pavan and Melissa Humana-Paredes.

World number two pairing Ross and Klineman extended their winning record against their Canadian rivals to 9-5 with a 21-16, 21-15 triumph.

The victory comes less than three months before the Tokyo 2020 Olympic Games is due to start.

"We came in knowing that the conditions here could be similar to Tokyo, so we really wanted to fight through it and mentally we never gave up," Ross added.

"We knew we needed to figure it out and I feel like we learned so much while we were here that we can take forward with us and use in Tokyo."