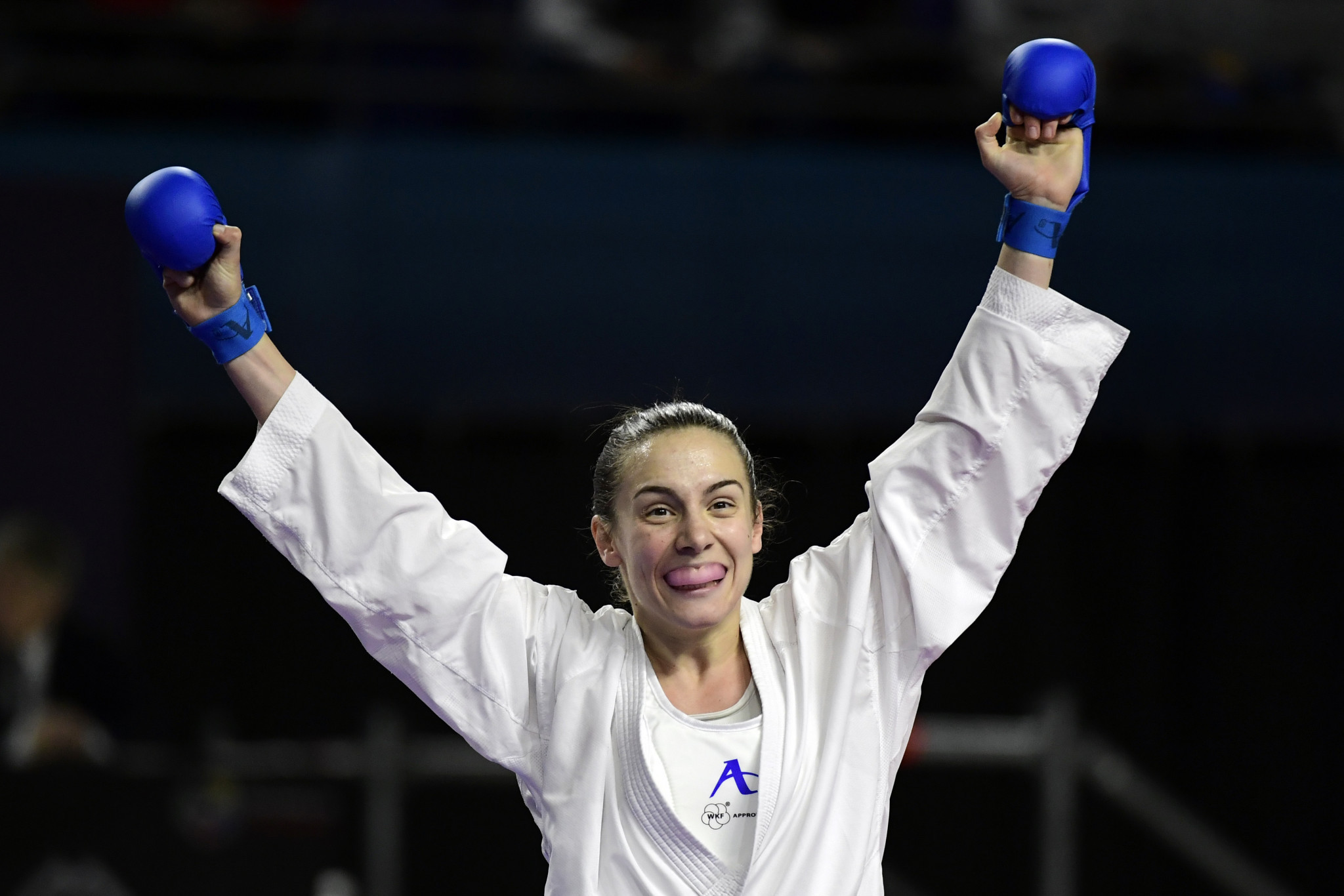 More final line-ups were confirmed on the second day of action at the Karate 1-Premier League in Lisbon, Portugal.

The first finalists were confirmed in the Male Kata category where two up and coming athletes sprung surprises to top their pools and seal places in the final.

Prekovic will face Giana Lotfy of Egypt, after she edged out Merve Coban of Turkey 1-0.

Poorshab will face Ryutaro Araga in the final after the Japanese karateka beat Grand Winner Ugur Aktas of Turkey 3-1.

Relive day 2 of #Karate1Lisbon 🇵🇹 through the 🔝 pictures of the day❗️👇

The final of the Female Kumite under-68 kilograms category will be contested by Switzerland’s Elena Quirici and China’s Li Gong, in what is likely to be a straight shoot-out to determine who will take a Tokyo 2020 place by the standings in the category.

Quirici booked her place in the final by beating Feryal Abdelaziz of Egypt by decision, while Gong confirmed her final berth by beating Halyna Melnyk of Ukraine 5-0.

Palacio's compatriot Maria Torres will be Akyol's final opponent after upsetting world champion Eleni Chatziliadou of Greece by first unopposed point after the contest had ended 1-1.

The last final to be decided was in the Male Kumite over-84 kilograms category where Gogita Arkania of Georgia will face Asiman Gurbanli of Azerbaijan.

A day before his 37th birthday Arkania defeated Grand Winner Sajad Ganzjadeh of Iran by first unopposed point after the contest had ended 3-3, while Gurbanli edged out Jonathan Horne of Germany 1-0.

Eliminations took place over four tatamis at the Altice Arena, with the finals in one of the most significant events in the build-up to the sport’s scheduled debut at the Tokyo 2020 Olympics, due to take place tomorrow.