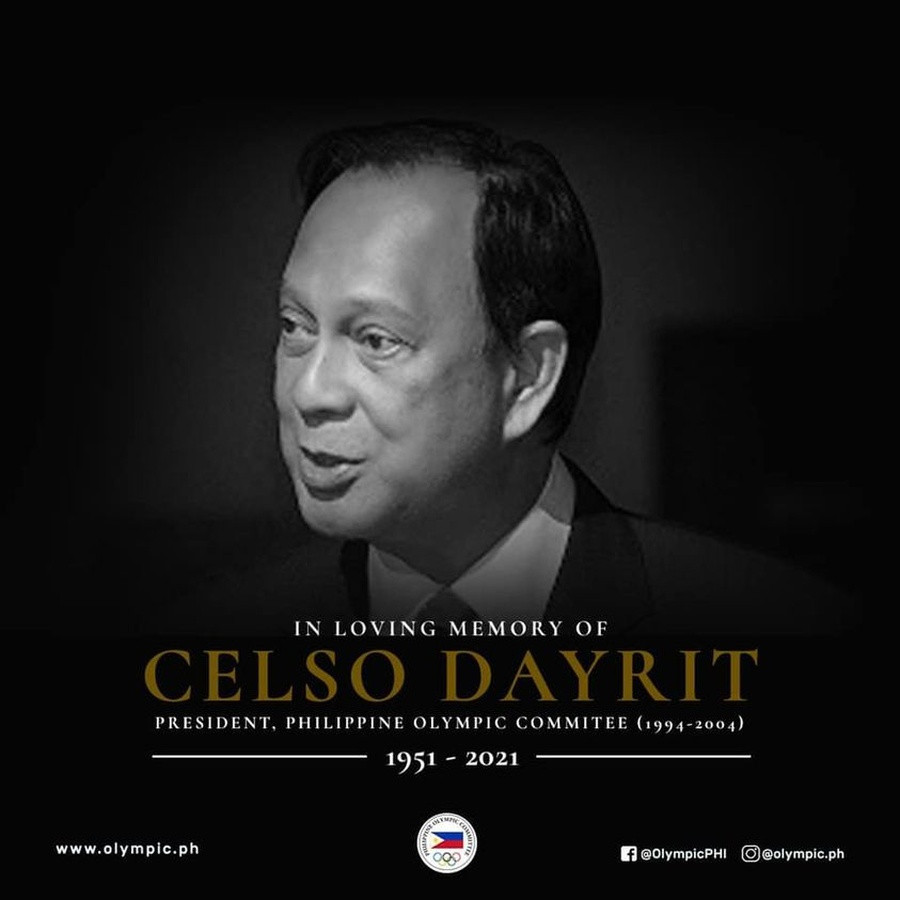 The Philippine Olympic Committee (POC) has paid tribute to its former President Celso L. Dayrit, who has died at the age of 70.

"A champion for Filipino sports, he lived a life filled with compassion, dedication and kindness," said the POC.

"Philippine sports lost one of its brightest beacons and the world lost a beautiful, kind soul.

"POC officials join his bereaved family in requesting all sports-loving Filipinos and the general public prayers for the eternal repose of the soul of former POC President Cito Dayrit."

Dayrit served as POC President from 1994 to 2004 and then was heavily involved in the Olympic Solidarity movement of the International Olympic Committee following his end of term.

He was credited for improving athlete development in the Philippines.

Known by his nickname "Cito", he died following a 15-year tenure as President of the Fencing Confederation of Asia.

Dayrit was given the Olympic Merit Award in 2006 by the Association of National Olympic Committees (ANOC) and was recognised by the Olympic Council of Asia (OCA) in 2007 for his work.