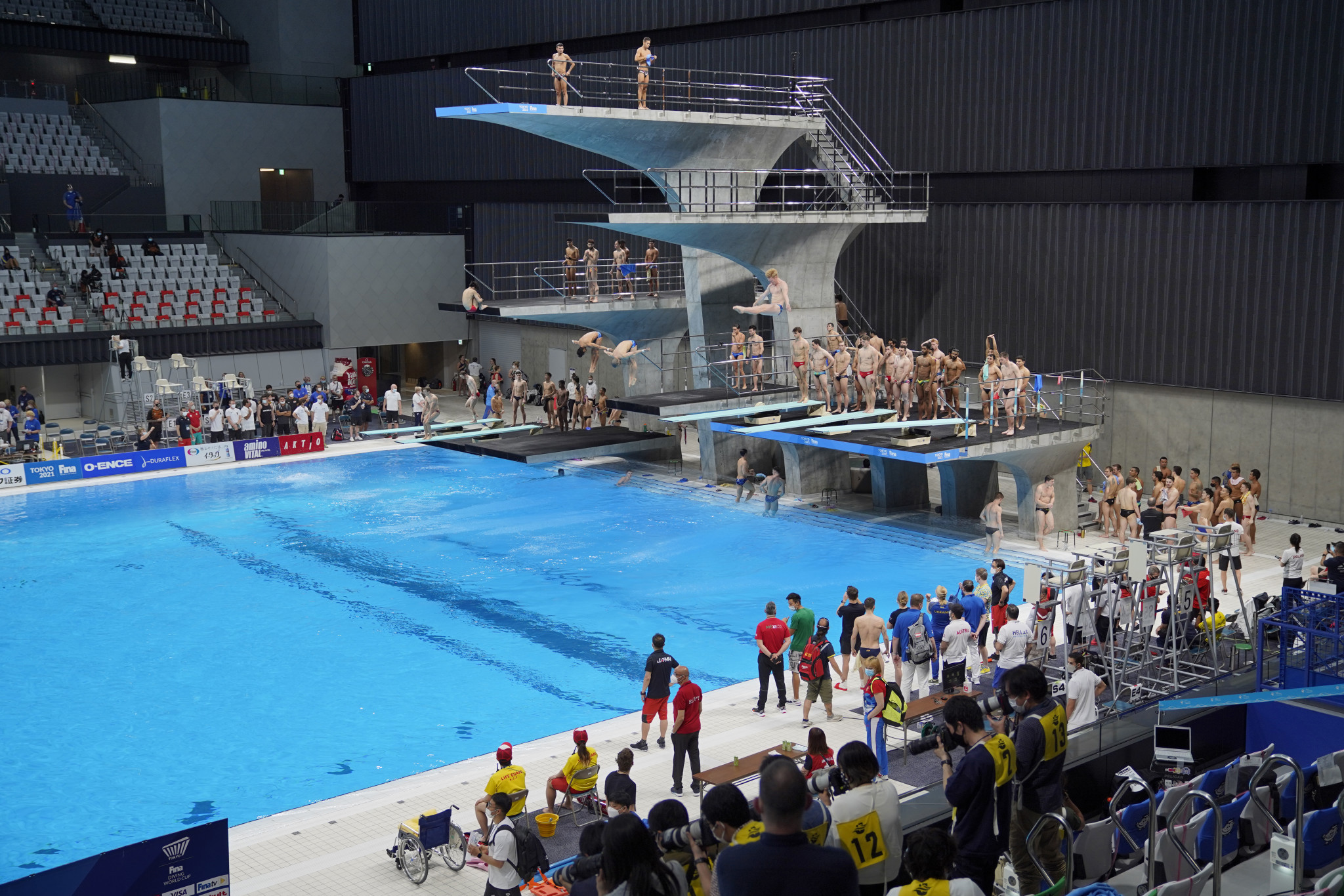 Coronavirus countermeasures which will be implemented at the Tokyo 2020 Olympic Games are being put to the test at international diving and volleyball events in the Japanese capital.

Tokyo 2020 officials are set to run the rule over the staging of the two tournaments, taking place at venues that will be used at the delayed Games.

The International Volleyball Games, known as the Tokyo Challenge 2021, is taking place today and tomorrow at the Ariake Arena, featuring matches between Japan and China.

A total of 225 divers from 46 countries are participating at the International Swimming Federation (FINA) Diving World Cup from today until May 6 at the Tokyo Aquatics Centre.

It is also the first time Tokyo 2020 test events have welcomed athletes from overseas since the coronavirus pandemic struck last year.

A state of emergency was declared in Tokyo last week in a bid to curb a rise in COVID-19 infections, with the tougher restrictions expected to be in place until at least May 11.

But Japanese organisers opted to go ahead with the two test events, with Tokyo 2020 chief executive Toshirō Mutō insisting "we will take thorough countermeasures".

Diving Australia said it was "clear" that it would "not be safe" to send its athletes and officials to the World Cup despite the event serving as the final diving qualifier for the Olympics.

Under the COVID-19 guidelines, divers must produce a negative polymerase chain reaction test 72 hours before travelling to Tokyo, where they will be tested upon arrival.

According to Reuters, athletes are undergoing COVID-19 tests every morning and must adhere to social distancing measures.

It was reported that some athletes were told off by an announcer at the stadium after gathering too closely around the three-metre springboard.

The Aquatics Centre was also reportedly hit by an earthquake which is said to have shook the building.

American diver Sarah Bacon also revealed the constraints for athletes at the event.

"We're not allowed out of our rooms, where you have to stay...no outdoor air, no human interaction," Bacon told Reuters.

"But we've been making it work."

Germany’s Patrick Hausding added: "It would have been nice if they could have rented a bus for the team to do some sightseeing around the city.

"To be in Tokyo and not be able to see anything is a real shame."

"There isn't the freedom to go out and get whatever we need, like food for example, which is a bit frustrating," Fong Kay Yian told The Straits Times.

Competition began today with China claiming the first gold of the Diving World Cup with victory in the women’s 3m springboard.

Chen Yiwen and Chang Yani - the only athletes representing China at the event - clinched the title with a winning score of 317.16 points.

The result also secured Italy’s place at the Games, while the other three quotas were awarded to Germany, the United States and Britain, who finished fourth, fifth and sixth, respectively.

In the men’s synchronised 10m platform, British duo Tom Daley and Matty Lee clinched top spot with 453.60 and their place at Tokyo 2020.

Silver went to Iván García and Randal Willars of Mexico on 405.69, while Canadians Vincent Riendeau and Nathan Zsombor-Murray sealed bronze on 393.81.

"We're just very lucky that we can even have this event in the first place," Daley told Agence France-Presse.

"The Japanese Organising Committee has been extremely diligent about everything we've been doing."