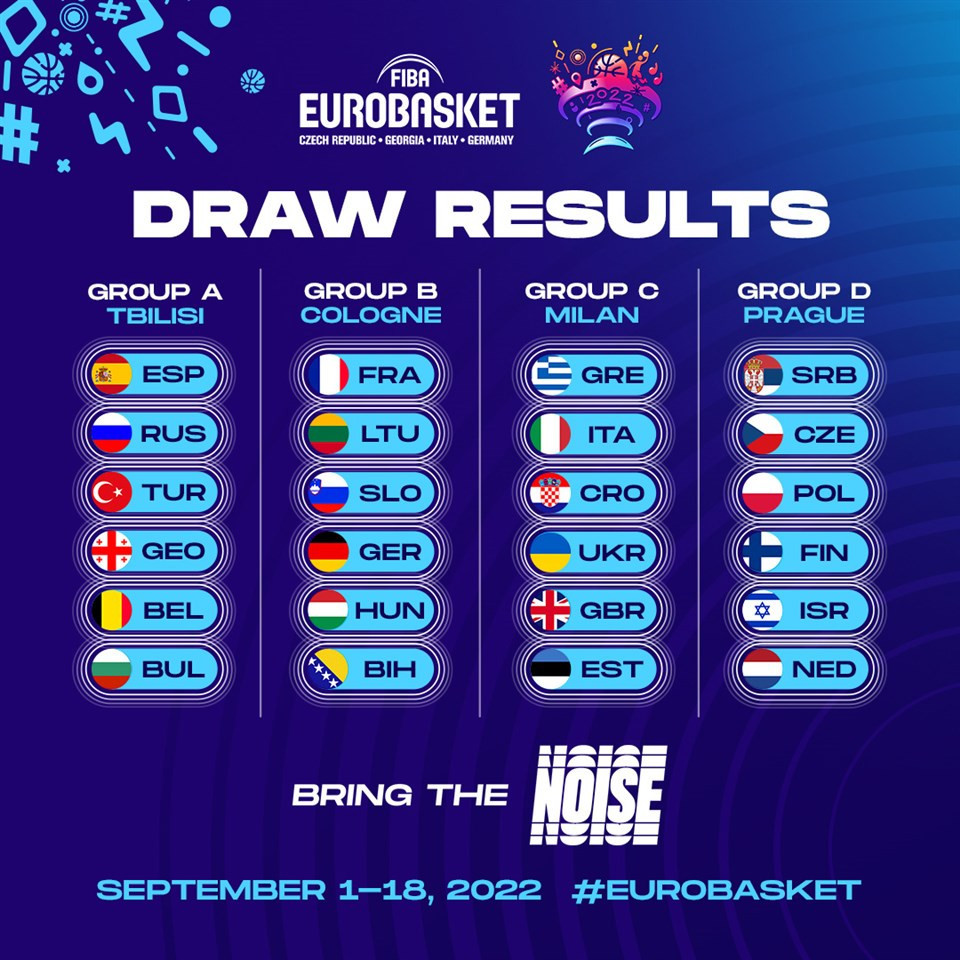 Reigning champions Slovenia are set to face Lithuania and four other nations in Group B in Cologne after the draw for the 2022 International Basketball Federation (FIBA) EuroBasket was conducted by organisers.

Slovenia, who won the EuroBasket for the first time in 2017, are due to play 2015 runners-up Lithuania as well as France, Bosnia and Herzegovina, Hungary and hosts Germany.

In Group A, 2015 champions Spain are set for a 2017 bronze medal rematch with Russia

They will be joined by hosts Georgia, Turkey, Belgium and Bulgaria for the group, set to be held in Tbilisi.

Serbia, who lost in the 2017 final to Slovenia, lead the nations in Group D, scheduled to be staged in Prague.

Italy are Group C hosts, with games due to be held in Milan.

Greece, Croatia, Ukraine, Britain and Estonia are also in this group.

The #EuroBasket 2022 Draw brought together some of 🏀's finest! 📸 pic.twitter.com/FNPtjgXVyl

The draw for the 2022 EuroBasket was held in Berlin in Germany, and saw the 24 teams split into four groups of six.

The ceremony was held with a limited number of guests due to COVID-19 restrictions and regulations in the city.

Group matches are due to conclude on September 8, with the top four teams from each group advancing to Berlin for the final phase.

The champions will then be crowned on September 18.