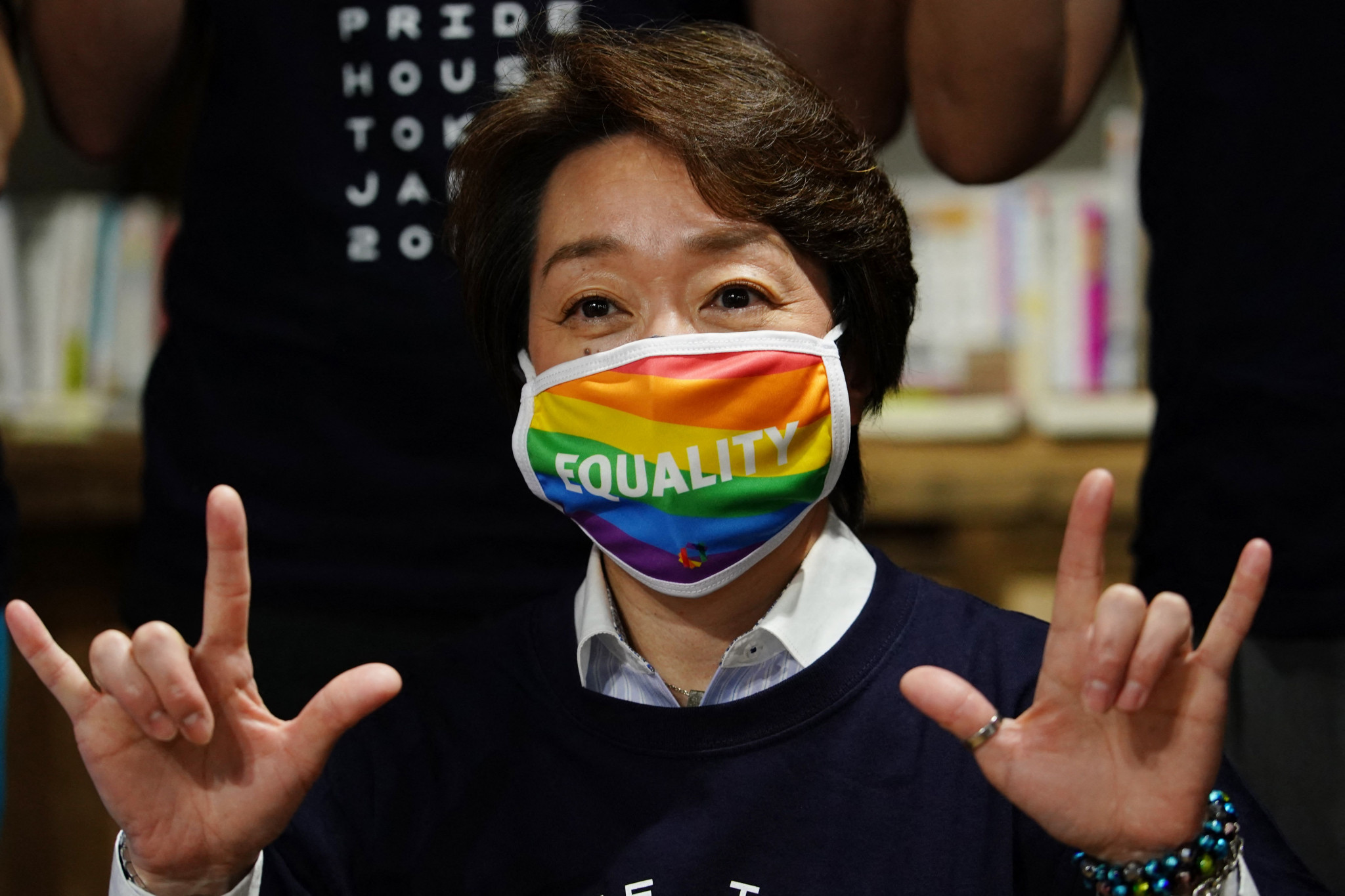 Hashimoto's visit took place on the same day that a lesbian, gay, bisexual, transgender and queer (LGBTQ+) support group held a meeting at the Japanese Parliament to call on the Government to enact equality legislation as part of the legacy of the Tokyo 2020 Olympics and Paralympics.

Pride House is the first permanent LGBTQ+ centre in Tokyo, and the concept has been present in some form at every Olympic Games since Vancouver 2010.

"When we will recall the Tokyo 2020 Games, I want people to think that this was a turning point for realising diversity and harmony including understanding for LGBT," Hashimoto said during discussions at the facility.

"We need to take action right now to achieve that and it's the Tokyo 2020 Organising Committee's responsibilities."

As well as being the only Group of Seven country not to have adopted same-sex marriage, anti-discrimination laws also do not exist in many areas of Japanese life, including in the workplace.

Same-sex adoption is not legal.

Transgender people and their gender identities have been recognised in Japan since 2004, but under Japanese law, transgender people will only be identified as their preferred gender after reassignment surgery and sterilisation.

Gon Matsunaka, President of Pride House Tokyo, told Hashimoto that many LGBTQ+ people face discrimination in sport due to binary divisions of gender and sex.

"The occasion that LGBTQ people face discrimination the most is said to be in sport industries," said Matsunaka.

"There are many sports in which people have to be divided between men and women."

Pride House acts as a refuge for LGBTQ+ people and an information centre in the build-up to and during sporting events.

Tokyo Rainbow Pride and related events are running throughout Japan from April 24 to May 5, including a virtual parade and online festival.