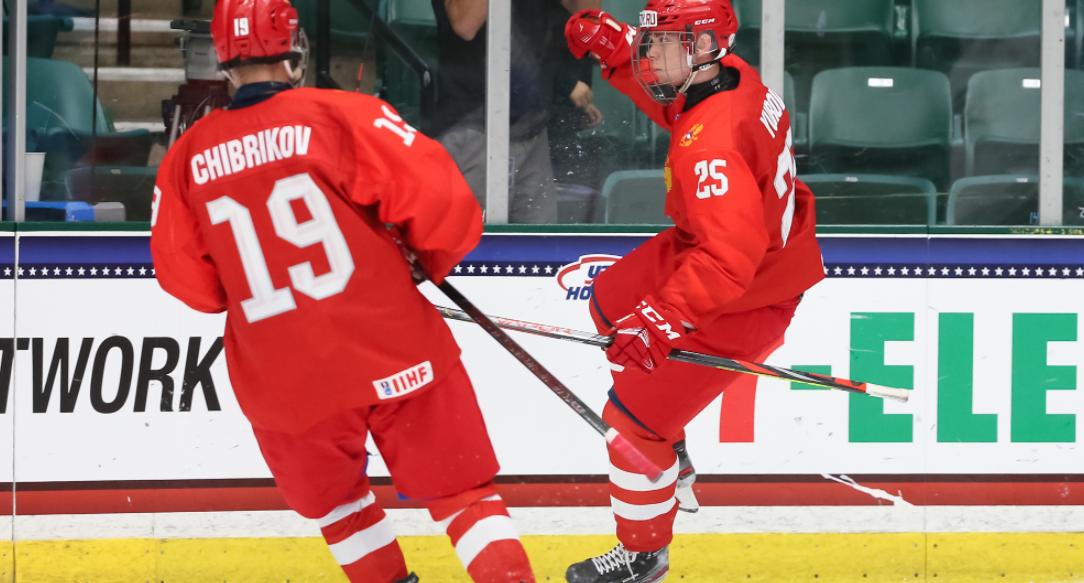 Russia produced the headline performance in the first round of matches at the International Ice Hockey Federation (IIHF) Under-18 World Championship in Texas as they came back from 5-1 to beat the hosts 7-6 in overtime.

The winning score at the Comerica Center in Frisco came 1min 25sec into overtime from the Russian captain Nikita Chibrikov.

Russia’s performance in rallying from a 5-1 second-period deficit matched the record under-18 comeback set by the Czech Republic against Finland at the 2017 under-18 World Championship, although the Czechs, unlike Russia, lost 6-5 in overtime.

"Emotions are still high right now when you lose a game like that," said the United States head coach Dan Muse.

"It's a tough pill for everybody to swallow, including staff and players.

"The biggest thing for us is going to be just moving on to that next game and making sure that we're in a good frame of mind when we get to work here tomorrow."

Russia, beaten by Sweden in the final the last time this Championship was staged in 2019, now stand second in Group B with two points from an overtime win, with the US one place below them having earned a point for an overtime loss.

The table is topped by the Czech Republic, who registered a 3-1 opening win over Germany in normal time that earned them three points.

A limited crowd of 1400 watched both matches at the Comerica Center, a training base for National Hockey League team the Dallas Stars.

Last year's tournament was called off because of the global health crisis, and the host - Michigan - was instead given the rights to the 2021 edition.

But with coronavirus restrictions looser in Texas than Michigan, the IIHF and USA Hockey moved the event from Ann Arbor and Plymouth to Frisco and Plano.

A limited number of tickets for games in Frisco have gone on general sale, but the public will not be able to attend matches at the Children’s Health StarCenter in Plano, which is currently staging Group A matches.

The first of those saw defending champions Sweden - who earned their first title in 2019 before the postponement of last year’s Championship because of the pandemic - beating Belarus 5-1.

They were joined on three points at the top of Group A by Switzerland, who defeated Latvia 4-2.

The next round of matches are due to see Sweden meeting Canada and Switzerland playing Belarus in Group A, while the US play Germany and Russia meet Finland in Group B.