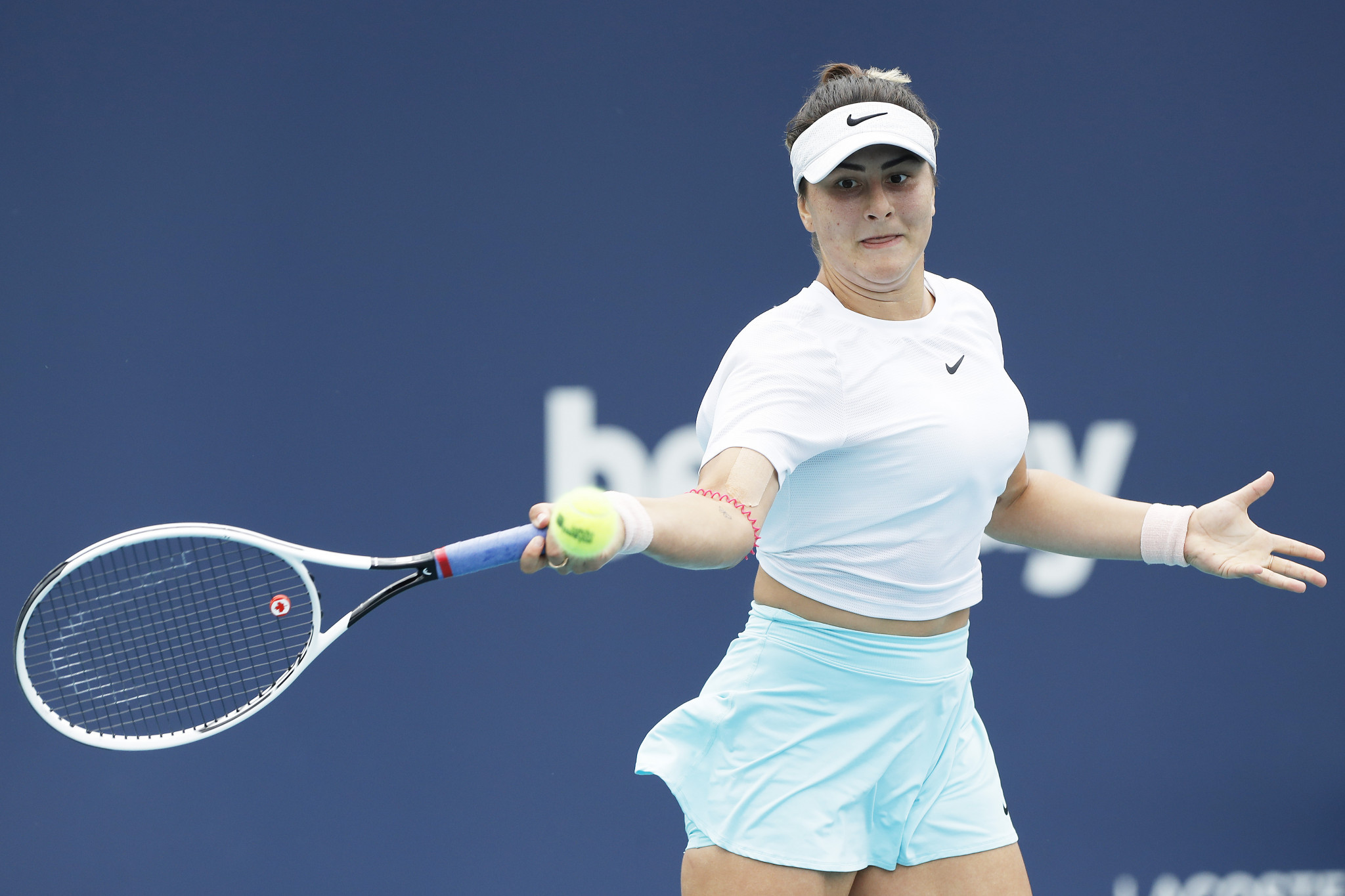 Canada's Bianca Andreescu has been forced to withdraw from the Madrid Open after testing positive for COVID-19.

The 20-year-old was confirmed on social media that she had tested positive on arrival in Madrid.

"After testing negative twice before my flight to Madrid, I was sadly informed that I had tested positive upon arrival for COVID-19 and therefore will not be playing at the Madrid Open later this week," Andreescu wrote on Twitter.

"I am feeling good, I am resting, and continuing to follow the health protocols and safety guidelines," she said.

"I look forward to getting back on the court very soon."

The positive test marks the latest setback for Andreescu, who has endured a difficult spell following her maiden Grand Slam title at the US Open in 2019.

Andreescu suffered a knee injury after winning the US Open and has since only played the Australian Open and Miami Open this year.

Andreescu suffered a foot injury at the Miami Open, forcing her to retire in the final, and had been due to return to competition at the Madrid Open.

The Women’s Tennis Association 1000 event is returning to the circuit this year, after being cancelled due to COVID-19 in 2020.

Kiki Bertens will hope to defend the title she claimed in 2019 when the tournament begins on Thursday (April 29).

The Dutch player also triumphed in the Virtual Madrid Open competition last year, where players competed on a PlayStation game.

The men’s tournament will see Novak Djokovic return as the defending champion, with the Serbian star having beaten Greece's Stefanos Tsitsipas on the clay courts in 2019.