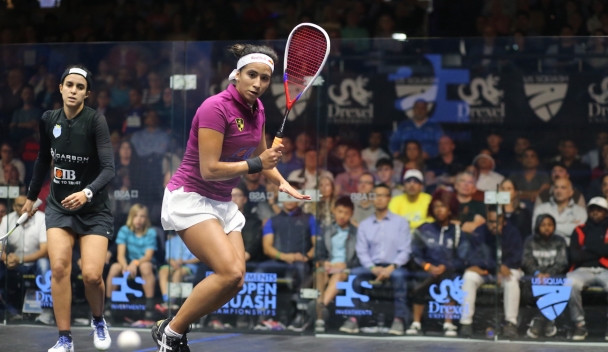 US Squash has announced the dates for its 2021 US Open Squash Championships following the cancellation of last year's event.

The Professional Squash Association (PSA) World Tour Platinum tournament - the highest level on the tour aside from the PSA World Championships and PSA World Tour Finals - is set to be held at the Arlen Specter US Squash Center in Philadelphia for the first time.

A total of 48 women and 48 men are due to compete for equal prize funds, which were first offered in 2013, at the event from October 2 to 9.

Due to the COVID-19 pandemic, the 2020 event was cancelled, but the tournament is set to return with a new venue on the Drexel University campus.

The 2021 edition will be the 10th run in partnership between US Squash and Drexel University.

"When Drexel and US Squash first partnered on the US Open more than ten years ago, we believed it would bring international attention to Philadelphia and make a significant impact on the sport in the US," said Drexel University President John Fry.

"We are very proud to be part of this 10-year milestone at the Specter Center, the US Open's new home."

This makes me happy to see!! So excited to have @USOpenSquash back on the calendar at the new Specter Center... and now I can actually call it my HOME tourny!! 😃😃😃🙌🏽🙌🏽🙌🏽 @USSQUASH https://t.co/AbXRfXqGnm

There are 18 singles courts and two hardball doubles courts at the facility, which will also house the US Squash Hall of Fame, training resources for American athletes and act as US Squash's headquarters.

"Cancelling the 2020 event was an obvious yet still difficult decision, and the professionals have suffered this last year," said US Squash President and chief executive Kevin Klipstein.

"We are very pleased to be able to put the US Open back on the calendar to celebrate and showcase their incredible athleticism.

"The Specter Center will be a magnificent venue: comfortable and welcoming to players and the community, and at the same time, capable of hosting world-class events such as this.

"To have the 10th hosting in Philadelphia be the first time at the Center is special, and none of it would have been possible without Drexel's early and generous support."

Tickets for the tournament are set to go on sale in June.