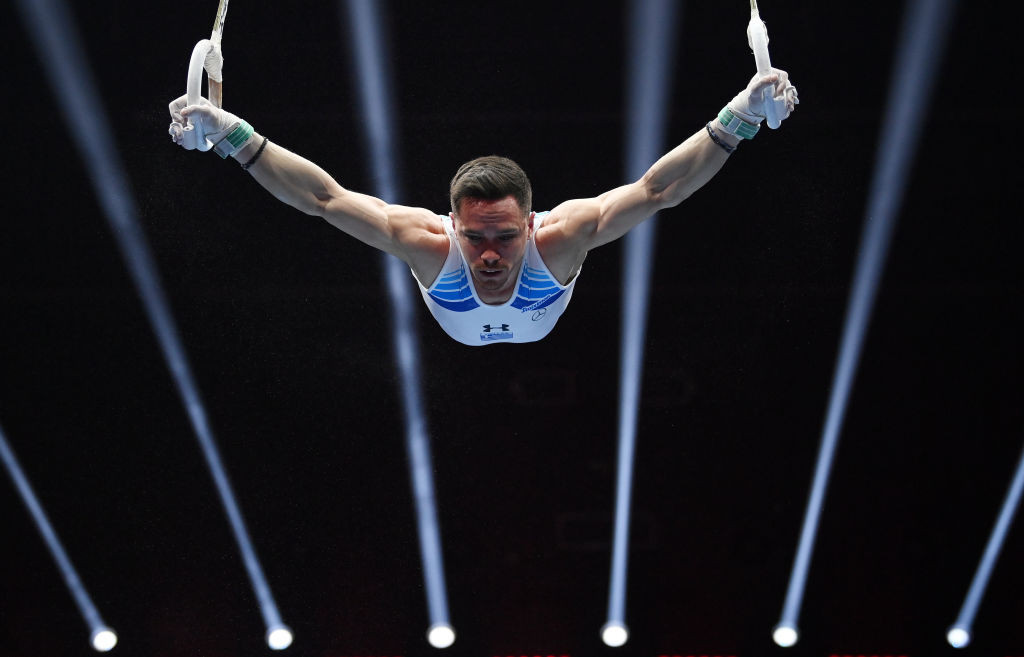 The Greek three-time world champion justified his status as the favourite with an assured display at St. Jakobshalle.

Italy's Salvatore Maresca did enough for bronze after scoring 14.900.

Switzerland's Giulia Steingruber clinched her fourth European crown in the vault event after her routine was rewarded with a score of 14.824.

The Olympic and world bronze medallist finished clear of Britain's Jessica Gadirova, who earned silver on 14.466, while Russia's Angelina Melnikova claimed bronze on 14.416.

"For me it is a dream that has come true," said Steingruber.

"It's very special to have taken this title.

"I was very nervous going into this final today but completely relied on my body and trusted myself that it would work out."

Nagornyy was able to continue his winning ways following his all-around triumph as he topped the podium in the floor final.

Russian star Nagornyy was denied another title after he was forced to settle for silver behind Artur Davtyan of Armenia in the pommel horse final.

Davtyan and Nagornyy ended on the same total of 14.266 but the Armenian edged out his Russian rival by virtue of a higher execution score.

Amelie Morgan added to Britain's medal haul with bronze on 14.100.

The Championships are set to conclude with the remaining five apparatus finals tomorrow.