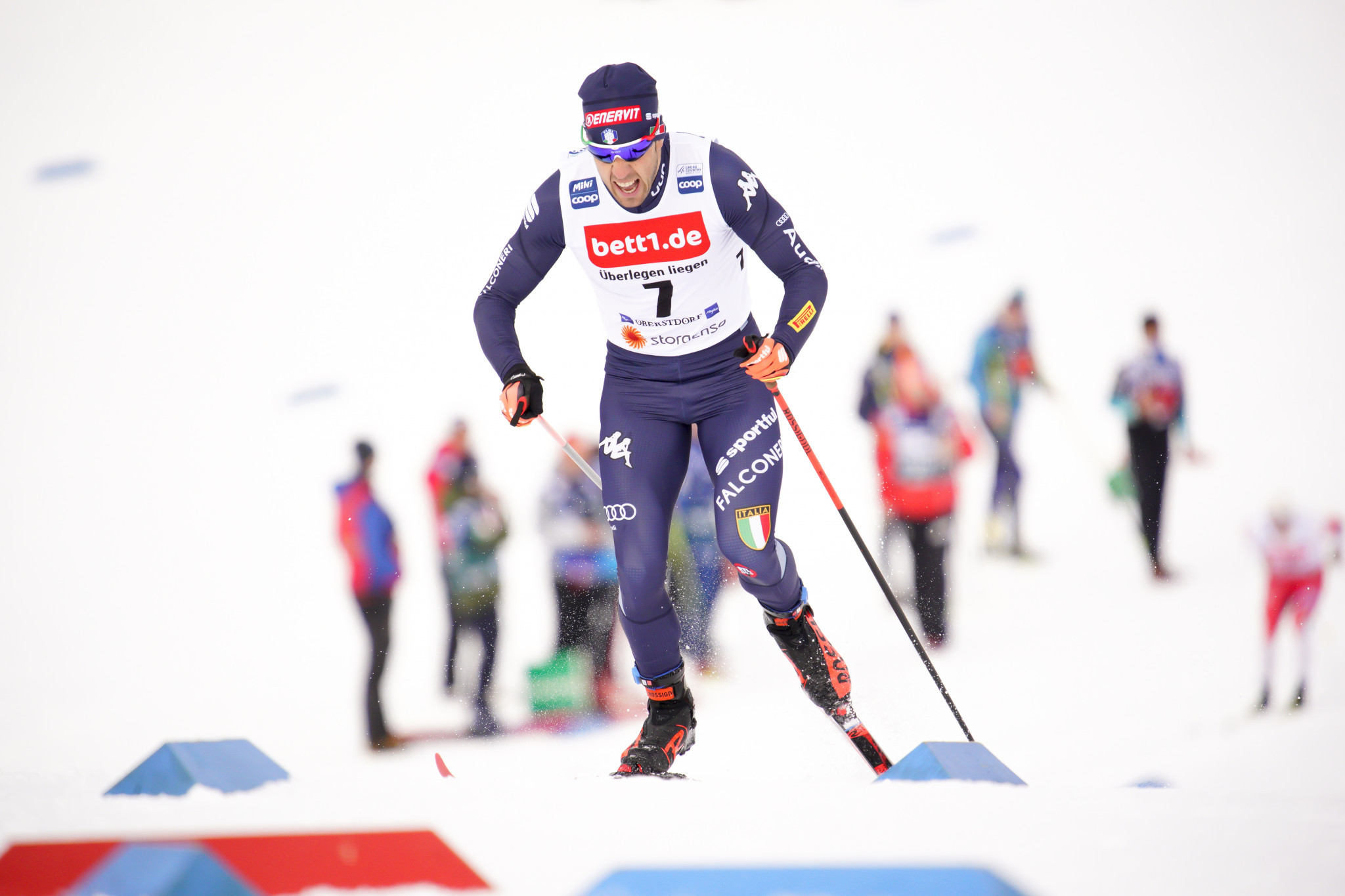 The pair will link up with the training group after the Italian Winter Sports Federation (FISI) and the Russian Ski Federation (RFS) struck an agreement.

Pellegrino and de Fabiani are expected to regularly return to their Italian teammates during the preparation period which is due to start on European snow next month.

Pellegrino claimed individual sprint silver at Pyeongchang 2018 after winning gold in the event at the 2017 World Championships.

The 30-year-old, who won the sprint World Cup title for the second time this year, said he was looking forward to working alongside Russian athletes ahead of next season.

"It has already happened several times to work with the Cramer team, both in the summer preparation phase and during the winter competitive period," said Pellegrino.

"The feedback has always been positive and it will be exciting to undertake this new project together.

"Surely, in view of the Olympics, starting with all this motivation can only be the best way to approach what may be the most important season of my career."

De Fabiani added: "I am very happy with this project because I believe that training with athletes of this calibre is important to copy, understand and grow together and see the differences between what they do and what we do.

"I believe it is an important opportunity for growth for my future.

"For now we focus on the Beijing Olympics, but it will also be a useful experience for the following years.

"Now I focus on the project and I hope to make the most of it."

The intention of the collaboration is to experiment with new working methods and technical knowledge between the two nations.

"I believe that both movements will have to gain, especially in terms of work methodology," said Roda.

"Russia and Italy represent two solid traditions in the international fund and the collaboration at the highest level that is being created, under the guidance of one of the most important technicians in the sector, can only bring good results for everyone.

"We will work together in the summer to challenge us at the highest level at the Beijing Games, with the aim of winning medals."

RFS President Elena Välbe added: "This is an excellent step in the development of cross-country skiing, as two different training methods will meet.

"I am sure that all parties will make the most of this collaboration and the athletes will be able to give their best."

The FISI also confirmed the appointment of Alfred Stauder as the head coach of the men’s cross-country team.

Stauder, who previously held the role of youth coach, replaces Marco Selle who stepped down at the end of last month.