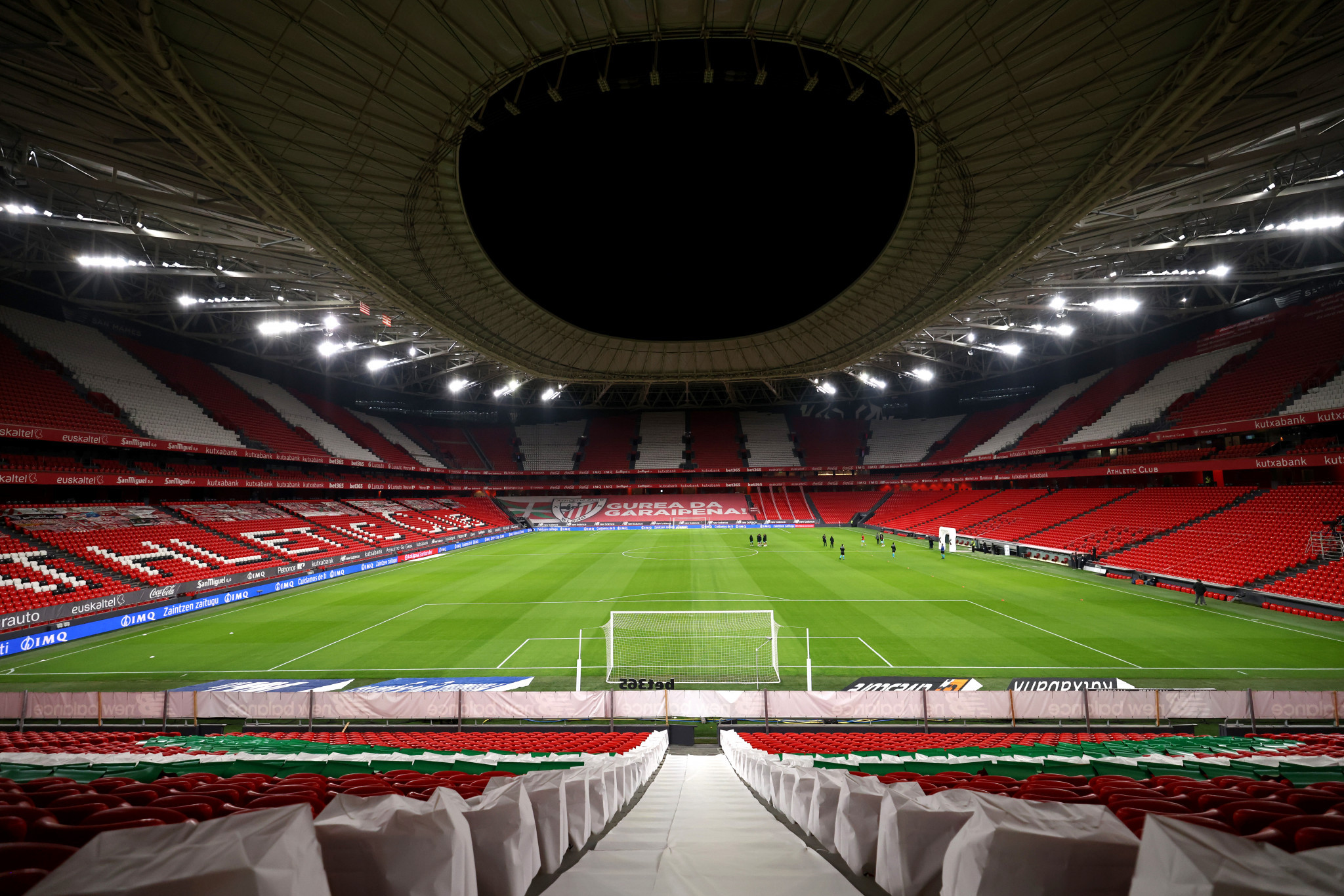 Bilbao and Dublin look set to lose the right to stage matches at this year’s European Championship, while Munich is also reportedly in danger of being cut from the list of host cities.

The Executive Committee of European football’s governing body UEFA is expected to make a decision on the three cities that are each due to host four Euro 2020 matches at a meeting tomorrow.

Euro 2020 is scheduled to be held across 12 cities, but UEFA has asked all proposed hosts to guarantee the presence of fans at games.

According to the Agence France-Presse (AFP), a statement from authorities in Bilbao has criticised UEFA’s "unilateral" decision to remove the Spanish city’s San Mamés as a host.

It is also said to be seeking legal advice as it looks to gain compensation for the money spent on organising the event which it claims stands at €1.2 million (£1 million/$1.44 million).

The Royal Spanish Football Federation (RFEF) has previously claimed it was "impossible" to meet Basque Government requirements for fans to be allowed in the San Mamés.

"Euro 2020 will not be played in Bilbao," read a statement from the Basque organisers, as reported by AFP.

"But we are not going to allow them to play games with Bilbao and the Basque institutions.

"We have not found a single reason, sporting, social or economic, and certainly not related to public health and measures to prevent the spread of the coronavirus, in any of the UEFA communications.

"The contract that unites us with UEFA and with the RFEF and the official communication of UEFA is already in the hands of the legal services of the so-called 'Bilbao Committee' for study and evaluation.

"And so that the compensation of the amounts invested to date in organising the event, which amounts to more than €1.2 million as well as the possible damages caused by said decision can be evaluated."

Dublin is also likely to lose the host city rights after the Irish Government admitted it did not expect to meet UEFA’s capacity demands to stage matches in front of fans at the Aviva Stadium.

"We think June is too soon," said Irish deputy prime minister Leo Varadkar in a report by the BBC.

"I think if they continue to insist on [having 25 per cent of the stadium full], it'll be hard for it to go ahead quite frankly, which is unfortunate."

Estadio de la Cartuja in the Spanish city of Seville is being muted as a possible replacement venue should Bilbao be axed from the list of host cities.

England, Scotland and Russia are also reportedly under consideration by UEFA to take Dublin’s place.

Dublin and Bilbao are due to stage three group games and one in the round of 16.

But there are concerns Munich might be forced to withdraw if COVID-19 cases continue to surge in Germany.

Bavarian Prime Minister Markus Söder has previously warned that UEFA will "meet with resistance" if it continues to insist fans be present at matches in Munich.

Last week, the Italian Government gave Rome the all-clear to allow the Stadio Olimpico to operate at 25 per cent capacity.

Baku in Azerbaijan, Minsk in Belarus, Brussels in Belgium, Sofia in Bulgaria, Copenhagen in Denmark, London in England, Budapest in Hungary, Jerusalem in Israel, Skopje in Macedonia, Amsterdam in The Netherlands, Bucharest in Romania, Saint Petersburg in Russia, Glasgow in Scotland, Stockholm in Sweden and Cardiff in Wales are planned to host matches.

Euro 2020 - which has kept the same name despite being delayed by 12 months because of the coronavirus crisis - is scheduled to begin on June 11 in Rome.