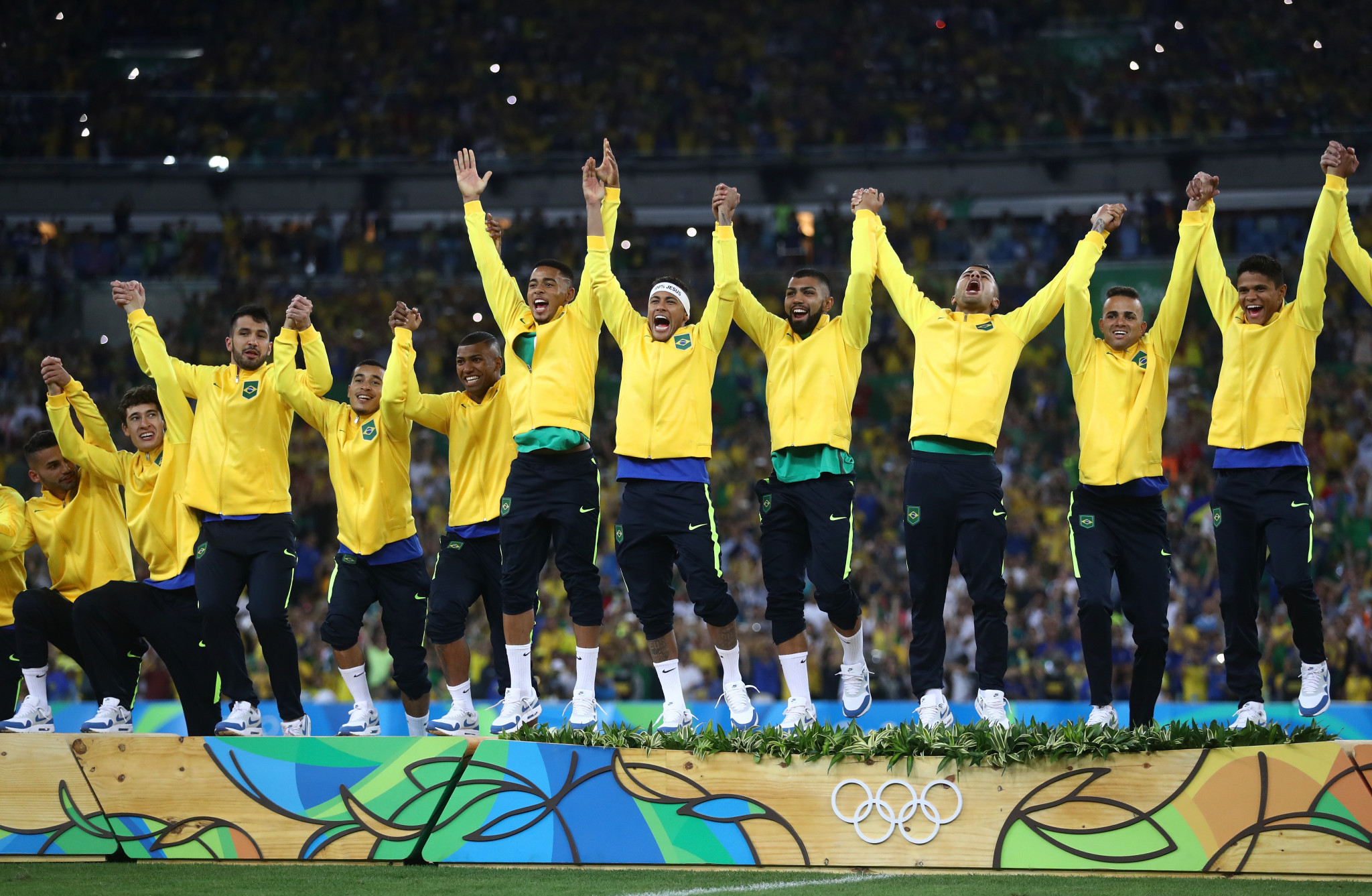 Defending Olympic men's football champions Brazil will open their Tokyo 2020 campaign against Germany in a repeat of the Rio 2016 final.

The two sides are set to meet at the Yokohama Stadium on July 22 after being drawn in Group D alongside Ivory Coast and Saudi Arabia.

The draws for both the men's and women's football tournaments at the Olympic Games were revealed today.

The Japanese women's team are set to be begin against Rio 2016 bronze medallists Canada at the Sapporo Dome on July 21 with the men scheduled to face South Africa at the Tokyo Stadium the following day.

As well as facing South Africa, hosts Japan will meet Mexico and France in Group A.

Group B consists of New Zealand, South Korea, Honduras and Romania, while Egypt, Spain, Argentina and Australia will battle it out in Group C.

In the women’s competition, Japan will meet Britain, Canada and Chile in Group E.

Four-time winners the United States will face Sweden, who lost to Germany in the Rio 2016 final, as well as Australia and New Zealand in an intriguing Group G.

⚔️ The draw for the Men's #OlympicFootball Tournament has thrown up some intriguing clashes!#Tokyo2020 pic.twitter.com/aWBvZJw3Zq

The women's final is set to be held at Tokyo's Olympic Stadium on August 6, while the men's final is scheduled to take place at Yokohama Stadium a day later.

The draws were conducted by Jaime Yarza, FIFA's director of tournaments, and Sarai Bareman, chief women's football officer for the worldwide governing body.

They were assisted by Lindsay Tarpley, a member of the US women's national team and two-time Olympic gold medallist, and Ryan Nelsen, captain of New Zealand at Beijing 2008 and London 2012.

The women's tournament is set to run from July 21 to August 6, while the men's competition is due to be held from July 22 to August 7.