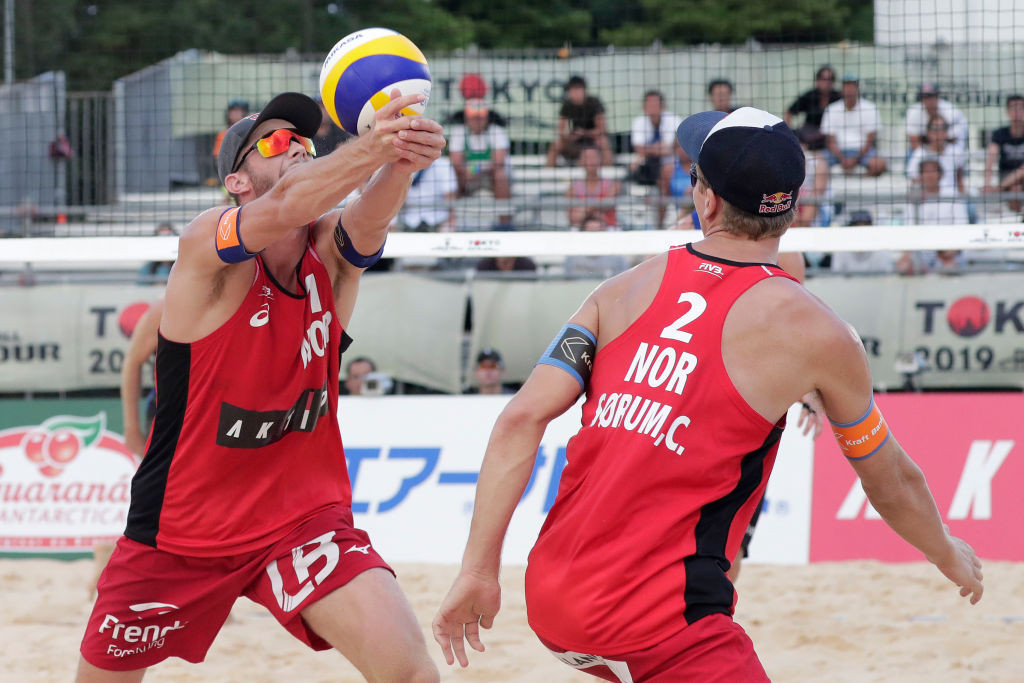 Mol and Sørum, who had not competed on the circuit since September 2019, beat Qatar's Cherif Samba and Ahmed Tijan 21-19, 22-20 in the final in the Mexican city.

The triumph handed the Norwegian duo their 11th World Tour title as a pair.

"It's just amazing to play this tournament and to win against such strong teams," said Sørum.

"To be on top of the podium again is amazing."

The bronze medal was claimed by the Czech Republic's Ondrej Perusic and David Schweiner after they overcame Austrian qualifiers Martin Ermacora and Moritz Pristauz 21-18, 21-12 in the third place playoff.

The win in the final gave Antunes - playing with Lima at the first of three four-star events being held as part of the Cancun Hub because her regular partner, Maria Elisa Antonelli, is working on her fitness in Brazil - a 35th international title.

"We have such great chemistry that's even difficult to explain," said Lima.

"I'm so proud of our trajectory here.

"We finished the tournament without losing a single match and played some of the best teams in the world in the Canadians and the two Brazilian teams that are going to the Olympics.

"We're really happy and will celebrate a bit, but not for too long because there's a new tournament starting in just a few days."

The next four-star tournament is due to begin on Thursday (April 22).